Six items. An oral history interview with Leslie Pearson (d. 2018, 1397838 Royal Air Force), a photograph and service material. He flew operations as a bomb aimer with 153 Squadron from RAF Scampton.

The collection has been loaned to the IBCC Digital Archive for digitisation by Leslie Pearson and catalogued by Barry Hunter. 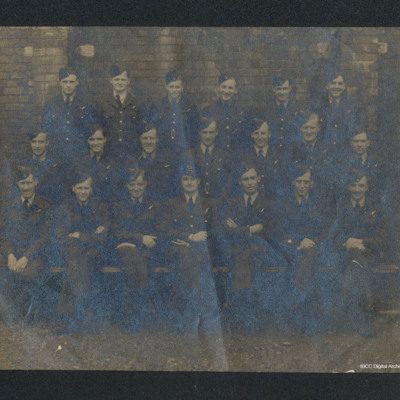 20 airmen arranged in three rows in front of a brick building. Leslie Pearson is middle row 3rd from right. 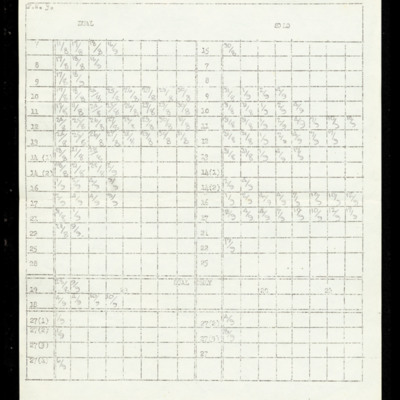 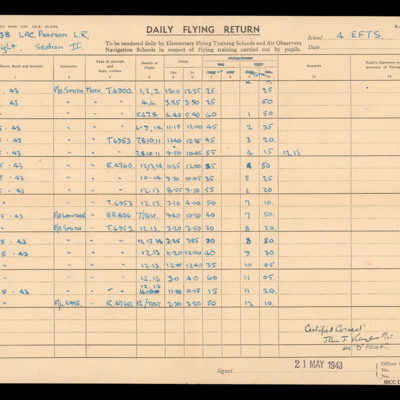 Leading aircraftsman Leslie Pearson's daily flying log for May 1943. It records the hours flown, exercises undertaken, Instructor and aircraft flown. Training was at No 4 EFTS.

Notification of award to Leslie Pearson 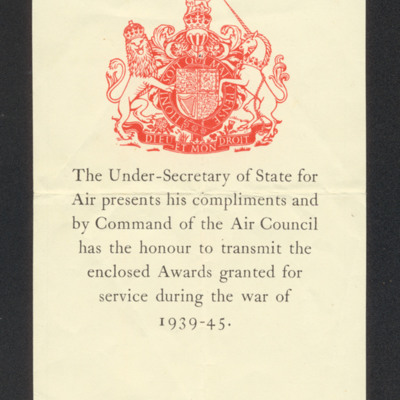 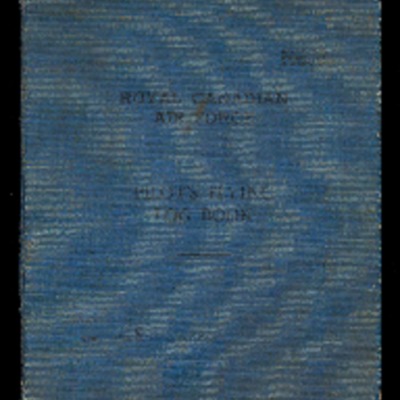 Royal Canadian Air Force pilots flying log book for Leslie Pearson covering the period from 3 May 1943 to 18 September 1943. Detailing his flying training. He was stationed at Windsor and Boundary Bay. Aircraft flown were DH 82 and Cornell.

Les Pearson was in reserved occupation as an apprentice in general mechanical engineering, but he volunteered as aircrew. He initially trained as a pilot but was remustered as a bomb aimer. He flew operations as a bomb aimer with 153 Squadron from…
View all 6 items