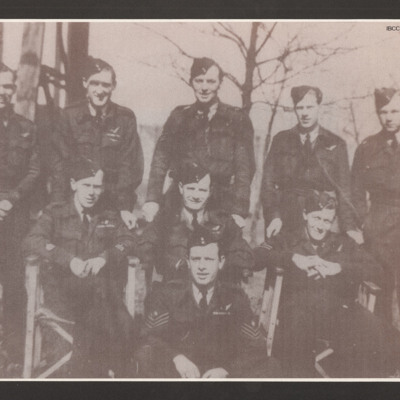 Nine airmen arranged in three rows. One, a sergeant is squatting on the ground. Three are seated and five are standing. Behind the men are trees.

Two photographs, the first is of two airmen, one squatting and one standing behind. It is captioned 'Ted & Tom Bomb aimer & w/op 21 OTU'.
The second is a larger version of the same image and on the reverse is
'F/Sgt Tom Carter W/Op
F/Sgt Ted…

Three airmen and a Wellington

Three airmen standing at the front of a Wellington with no front turret. On the reverse
'S/Ldr Corbishley Pilot
F/Lt Ray Nav
Sgt R Dobble R/Gunner.
Moreton in Marsh 21 OTU'. 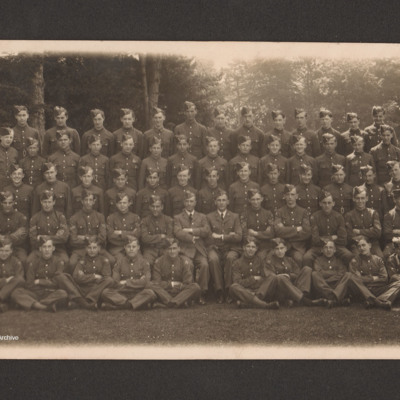 62 airmen arranged in five rows in a park with trees behind. On the reverse 'RAF Horton Camp June 1942'. 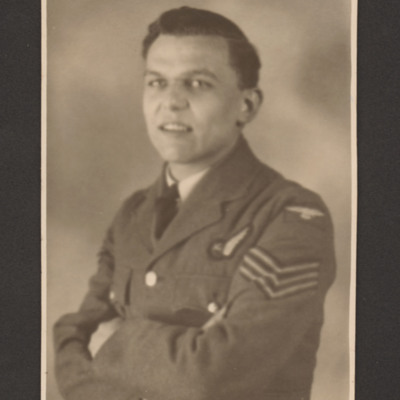 Half length portrait of an airman with his arms crossed. On the reverse -
'Love Ron xx
this Will is for you,
I will send you one of Gwen & Ron a better one than this soon,
Love to Ethel'. 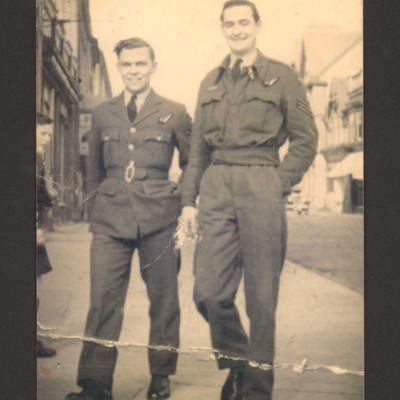 Two airmen walking down a street. On the reverse 'Fred Davies and I Llandrindod Wells 1946'. 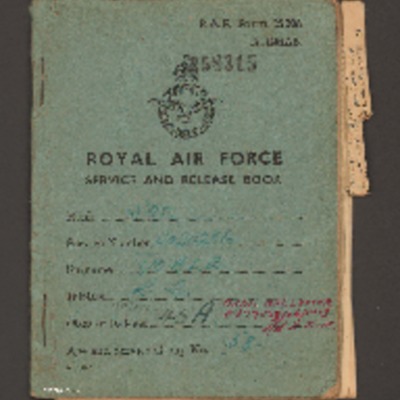 They Refused to Fly 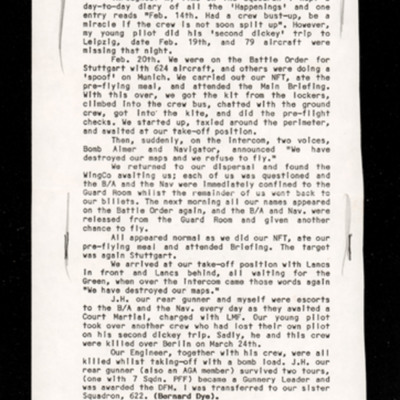 An article about a navigator and a bomb aimer who destroyed their maps on two occasions. They were charged with Lack of Moral Fibre.
A second article titled 'Norton Camp, Sheffield' is about a punishment camp where the writer was sent after cycling… 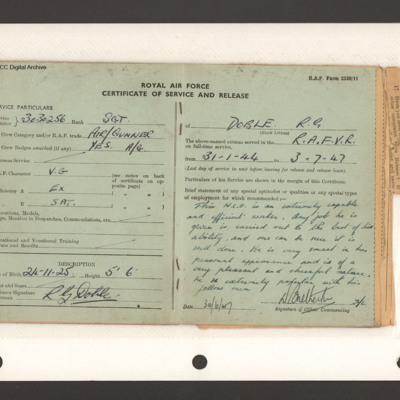 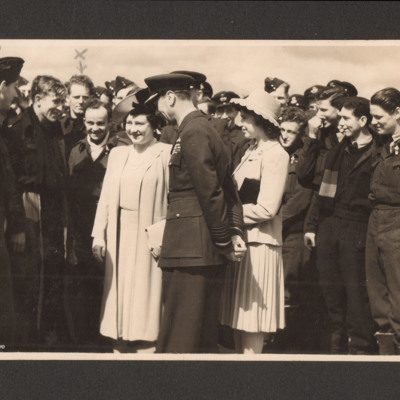 King George VI, the Queen, and Princess Elizabeth being introduced to a group of RAF airmen and ground crew. Ron Doble is standing behind them, marked with a cross. On the reverse 'To Ron From His Mid-Upper X mark the spot "Jock" '.

Ron Doble grew up in London and joined the Air Training Corps and the fire watchers when war was declared. He volunteered for the Air Force when he was 18 and trained as an air gunner. He talks about the conditions in his turret and the mishaps he…
View all 13 items