Four items. One oral history interview with Eric Varney (1925 - 2015) and three photographs. 28 operations as a mid upper gunner with 207 Squadron from RAF Spilsby.

Eric Varney and his aircrew

Seven airmen below the open bomb doors of a Lancaster. Four are standing and three are kneeling. Eric Varney is kneeling bottom right. All except one person are wearing parachte harnesses. There is another Lancaster in the background.

Eric Varney and an airman in front of aircraft

Eric Varney, wearing parachute harness and flying boots, with another airman in front of an aircraft. 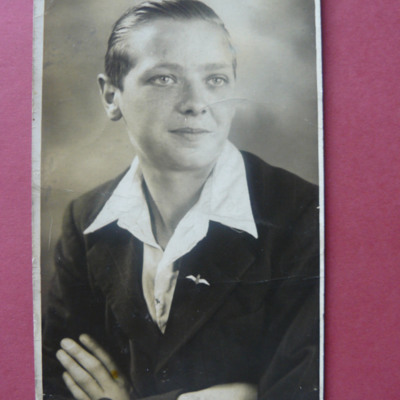 Half-length portrait of Eric Varney portrait with folded arms, looking sideways. A broach with wings on his lapel. 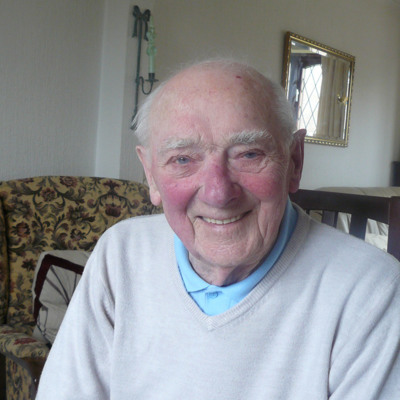