Seven items. The collection consists of a log book, an oral history interview and extensive medical records as well as photographs and a report. Dr Arthur Courtenay "Sandy" Saunders (1922-2017, 295329 Royal Electrical and Mechanical Engineers) received extensive burns after an aircraft crash in September 1945 and underwent experimental maxillo-facial surgery, as a member of the Guinea-pig Club.

The collection has been loaned to the IBCC Digital Archive for digitisation by Sandy Saunders and catalogued by Barry Hunter.

Sandy Saunders and a woman at Rochers de Naye 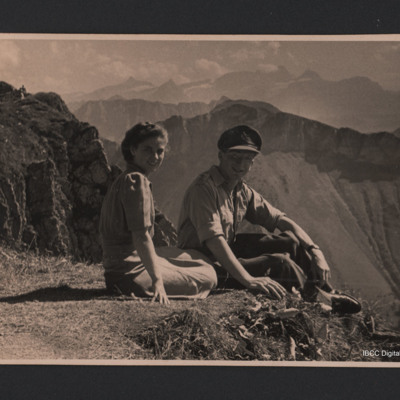 Sandy and a woman are seated on a grass ledge. In the background are mountains. He is wearing uniform, she is wearing civilian clothes. On the reverse is '1947' and stamped 'Photo Compeer, Montreux'. 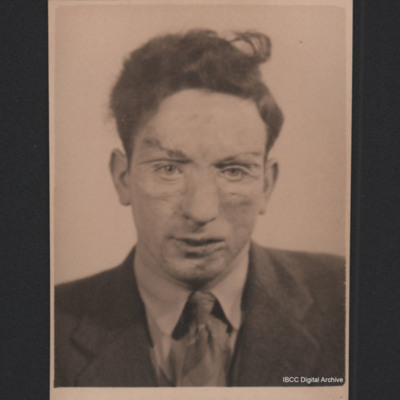 Head and shoulders portrait of Sandy Saunders after facial plastic surgery. On the reverse '26 Nov 1948'.

Sandy Saunders and a woman 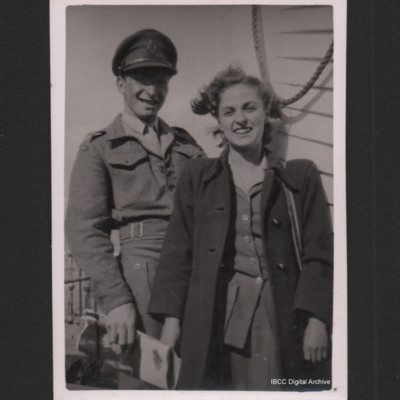 Sandy Saunders in uniform, with a woman. Behind is a rope and a planked structure. He is wearing a cap and his face is partly in shade. On the reverse '1947'. 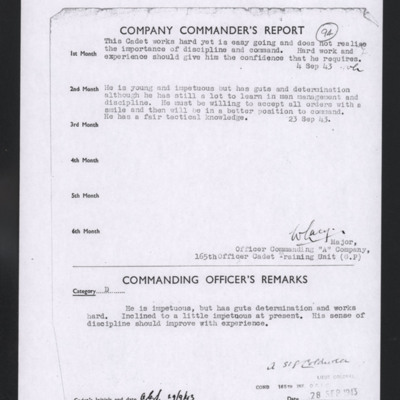 Report written by Major W Lacy, Sandy Saunders' commanding officer on his progress as a cadet. He is described as 'young and impetuous but has guts and determination' and is told to develop greater discipline.

Medical records for Sandy Saunders following the aircraft crash on 27 Sep 1945 where he sustained burns to his face, hands and legs. Included are proceedings from medical boards from Nov 1945-Feb 1947 and detailed notes from the Maxillo-Facial Unit,…

Pilots flying log book for Lieutenant A C Saunders, covering the period from 5 July 1945 to 27 September 1945. Detailing his flying training. He was stationed at RAF Booker. Aircraft flow were, Tiger Moth and Hotspur glider.

Sandy Saunders recalls Liverpool being bombed in 1941 and while on a rescue squad he sustained splinter injuries from a blast requiring hospital treatment. After taking a science degree he served in the Royal Electrical and Mechanical Engineers as a…
View all 7 items