The collection has been donated to the IBCC Digital Archive by Gerald Murray McPherson and catalogued by Nigel Huckins. 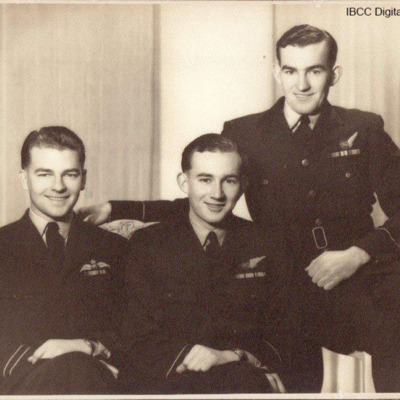 Half length image of three officers wearing tunics with brevet and medal ribbon sittings. The man on the left is a pilot and the other two are air gunners. Submitted with caption, 'Cyril, Harry and Gerald 1945'. 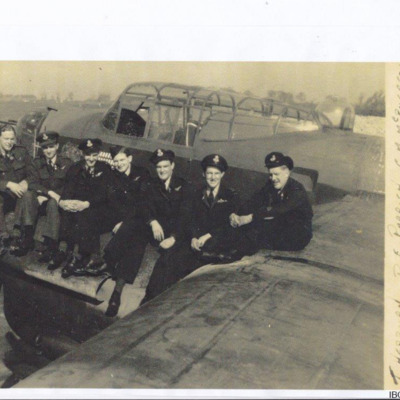 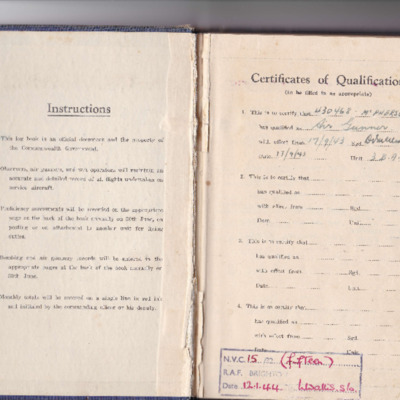 Gerald McPherson grew up in Australia and was working in banking before he volunteered for the Royal Australian Air Force. He flew operations as a rear gunner with 186 Squadron.
View all 4 items