Four items. An oral history interview with Frederik Willem Kroese (b. 1924), a memoir, a cartoon and an empty packet of V cigarettes. Frederik Kroese was a member of the Dutch resistance. He acted as a courier and helped airmen evade capture.

The collection has been loaned to the IBCC Digital Archive for digitisation by Frederik Kroese and catalogued by Barry Hunter. 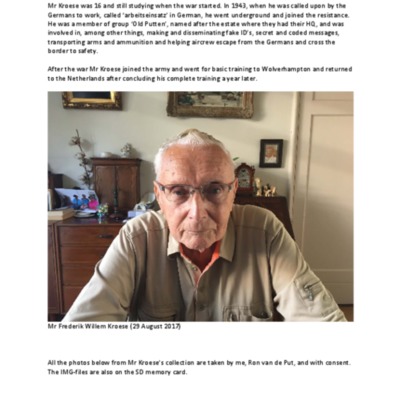 A memoir about Frederik Kroese's wartime activities. There is a brief biography followed by a portrait of Frederik.

Included are photographs of a number of items: his fake ID card, a permit allowing him to use a bicycle, an official numbered… 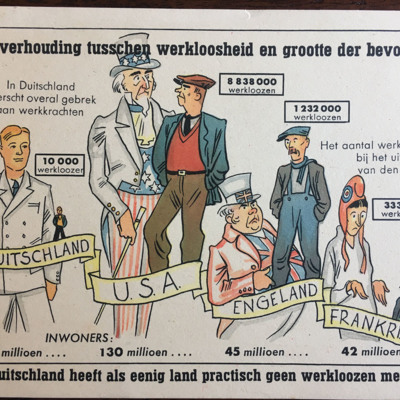 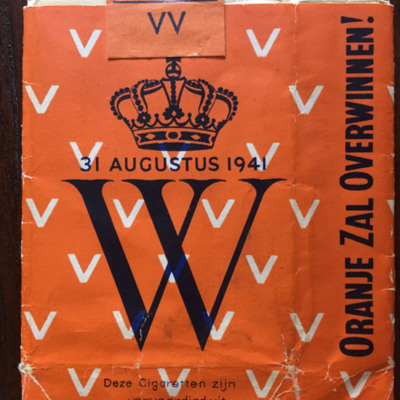 An empty Dutch victory cigarette packet. These were dropped over the Netherlands to celebrate the Dutch Queen's birthday. Frederik Willem Kroese describes his work for the Resistance in the Netherlands following the German occupation.
View all 4 items