171 items. The collection concerns Albert Frederick Nye (b. 1925, 1877087 Royal Air Force) and contains his log book, service documents and photographs. He flew operations as an air gunner with 207 Squadron before being posted overseas.

The collection also contains an album of his service life in India. 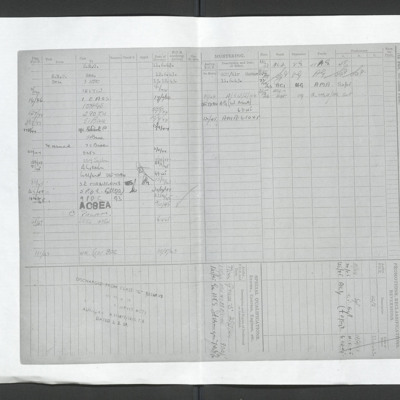 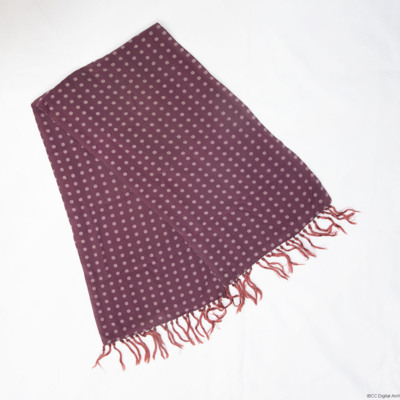 The scarf worn by Albert Frederick Nye during his time serving as a mid upper gunner with 207 Squadron. He said that he had worn it on all his operations and can be seen wearing it in photographs in this collection. Bert continued to wear the scarf… 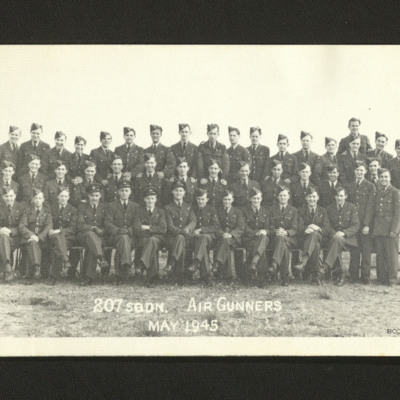 A group of fifty men of 207 Squadron comprising four officers in peaked caps, 45 men in side caps and one bareheaded. The photograph is annotated '207 SQDN. Air Gunners May 1945'. Albert Frederick Nye is standing, third from the right in the second… 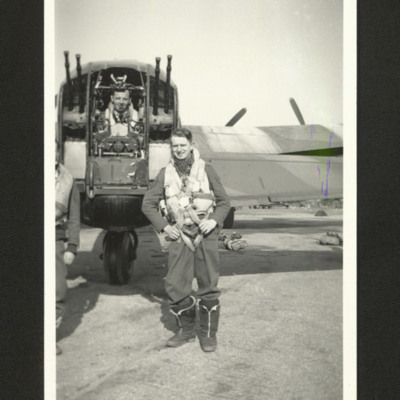 Albert Frederick Nye wearing his uniform with sergeant's insignia, flying boots, Mae West lifejacket and parachute harness. He is standing by a Lancaster rear gunner's position in which an airman is seated. There are packed parachutes on the ground… 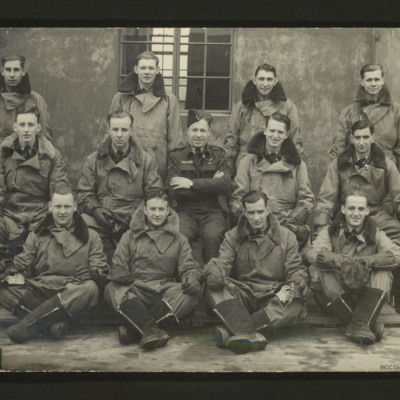 A group of thirteen men, 12 in flying suits surrounding a sergeant in uniform. The airmen are wearing Sidcot suits, flying boots and leather gloves. Some are holding their flying helmets. Albert Frederick Nye is seated in the second row, second from… 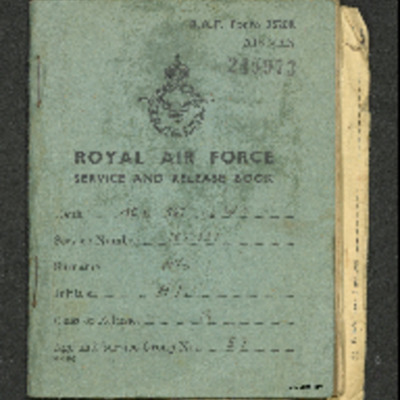 Albert Frederick Nye's service and release book from 13 December 1943 to 10 May 1947. The statement states that 'This airman has been instructed in two trades since his original attestation to the Service and he has obtained excellent results in… 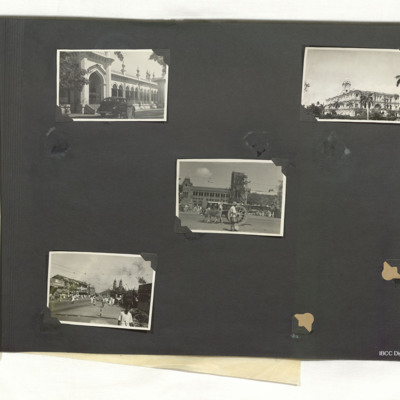 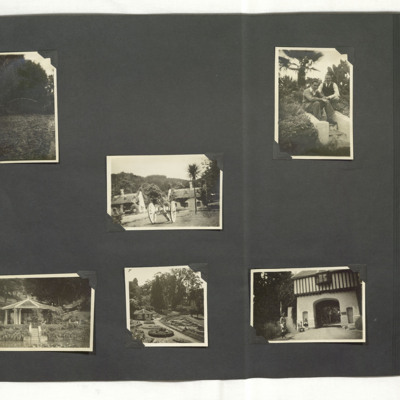 Views of town and buildings 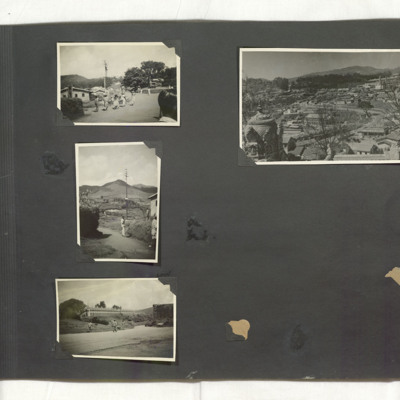 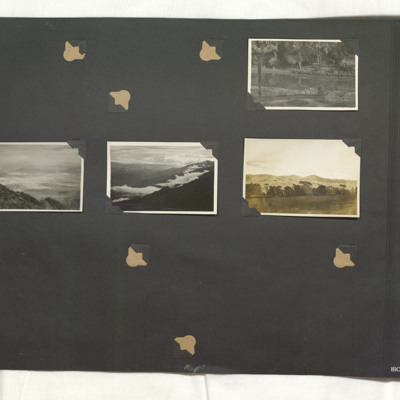 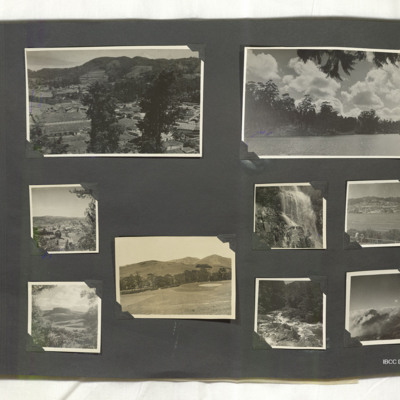 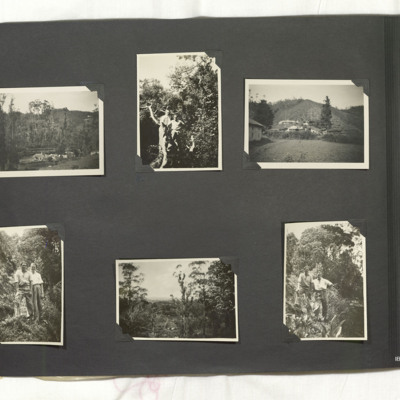 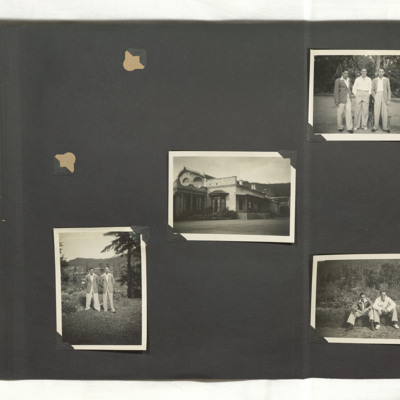 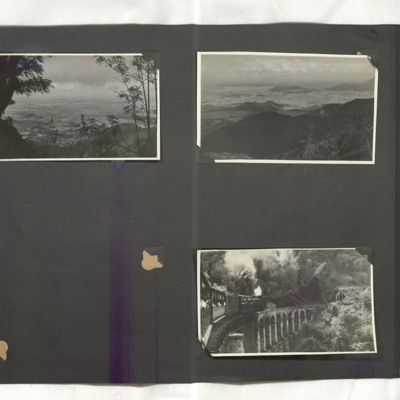 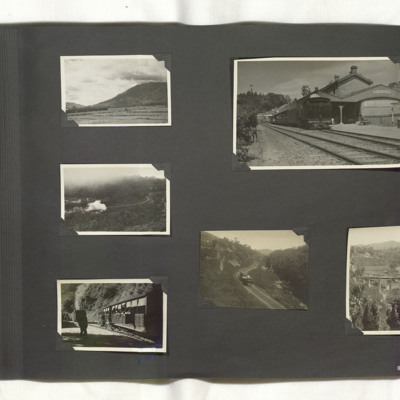 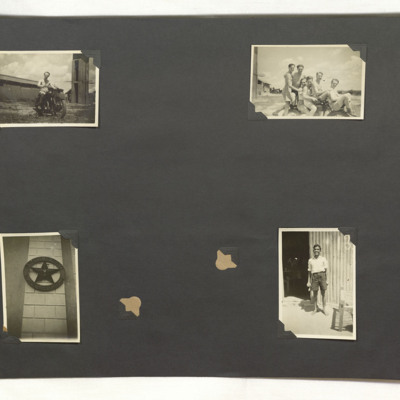 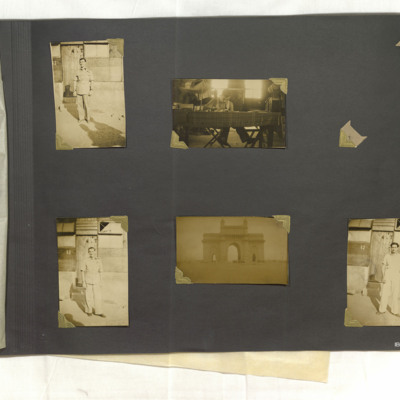 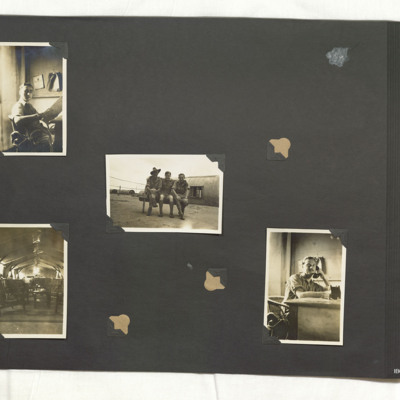 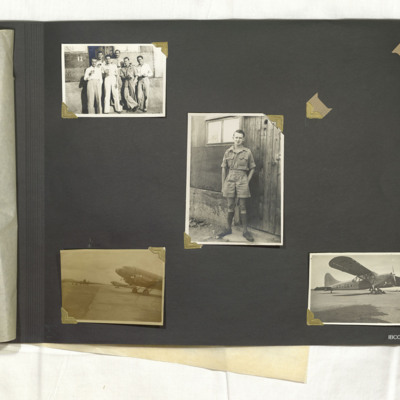 Top left: group of six men, one with insignia drinking. On reverse. 'The boys and their booze'.
Centre: A F Nye in khaki. On the reverse, 'Overseas type'.
Bottom left: C-47s on airstrip. On reverse, 'Daks on the strip'.
Bottom right: Aircraft on… 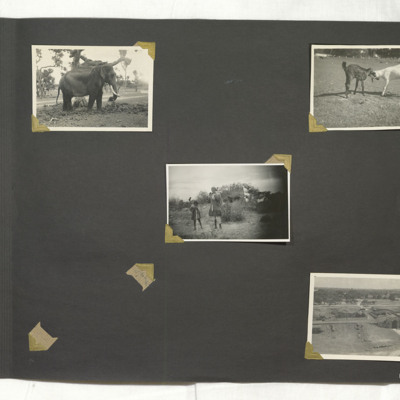 Top left: Elephant with tusks grazing under a tree. On reverse, 'made in India'.
Top right: Goats. On reverse' 'goats at play'.
Centre: Herdsman and boy grazing goats on hillside.
Bottom right: Srirangapatna Fort. On reverse, 'Fort gate to Sri… 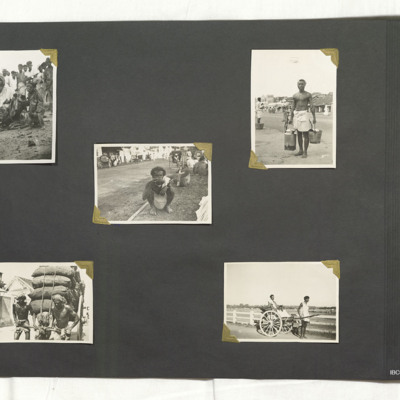 Top left: Man in a turban with a dressed monkey on a lead. On reverse, 'monkey man'.
Top right: man holding a metal tea urn and bucket. On reverse, 'char sahib'.
Centre: Man squatting by roadside having a drink. On reverse, 'lets have a… 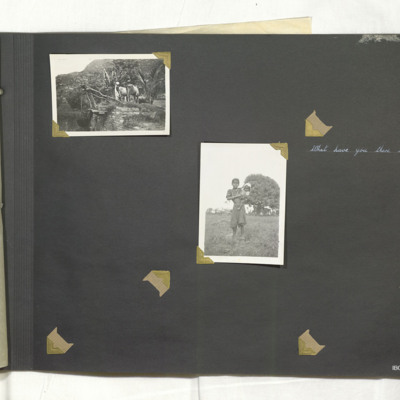 Top left: Man collecting water with bullocks on a hillside. On reverse, 'getting water'.
Centre: Girl holding a baby on her hip in a field. Captioned 'What have you there son?'. On reverse, 'where is pop?'. 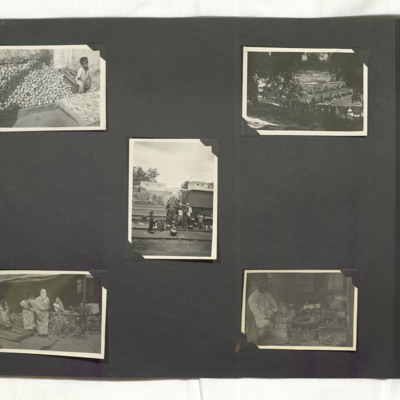 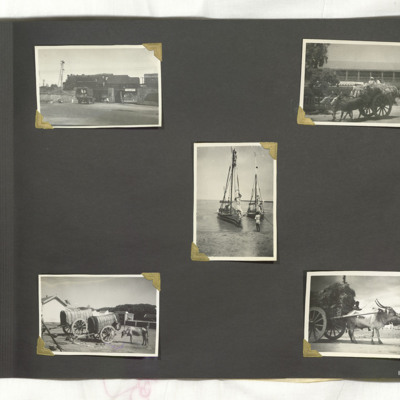