The collection has been loaned to the IBCC Digital Archive for digitisation by Keith Bruhn and catalogued by Trevor Hardcastle. 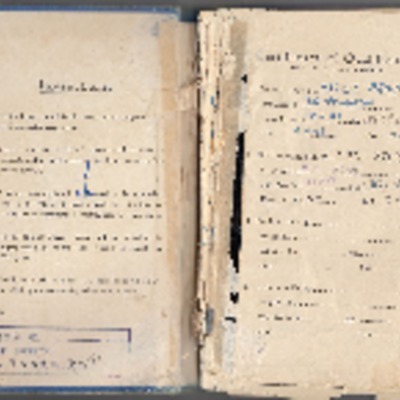 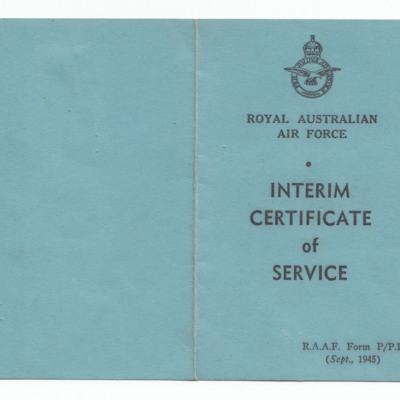 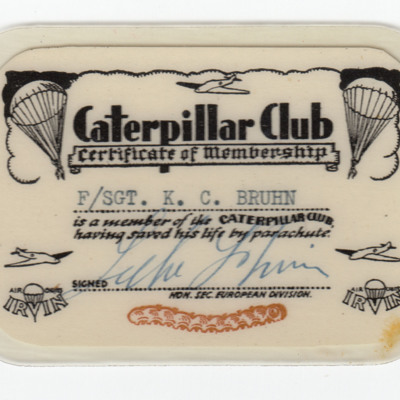 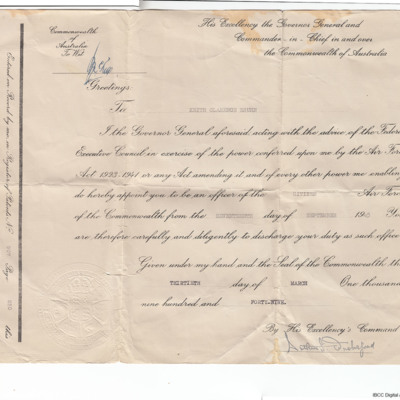 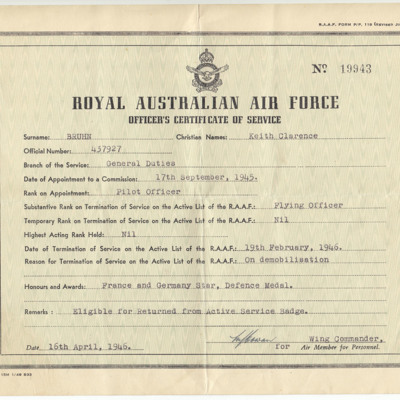 Officers record of service for Keith Bruhn issued in 1946. 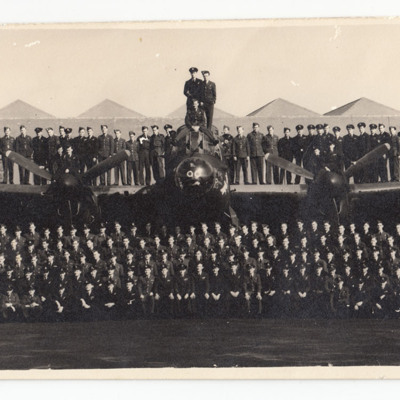 Formal photograph of Lancaster with five rows of personnel in front and one spread across the wingspan, hangar in the background, on the reverse captioned 'Waddington 463 Squadron 1945', 'X second row eighth from the left'. 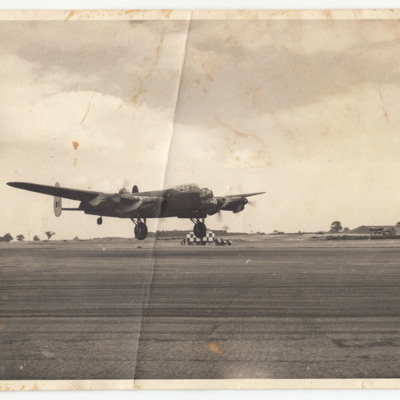 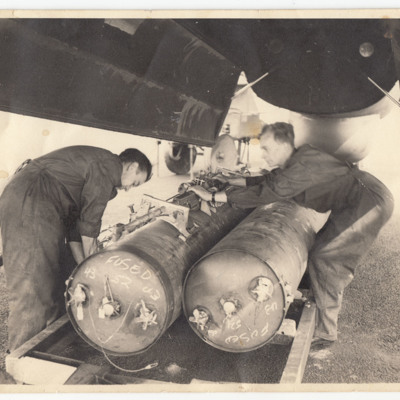 Clarence Keith Bruhn's parents were of German descent. He grew up in Australia and joined the Royal Australian Air Force. After training, he flew operations as a navigator with 463 Squadron. On one operation his aircraft was hit by friendly fire from…
View all 9 items