He flew operations as a flight engineer with 100 Squadron.

The collection has been donated to the IBCC Digital Archive by Pauline Daymont and catalogued by Nigel Huckins. 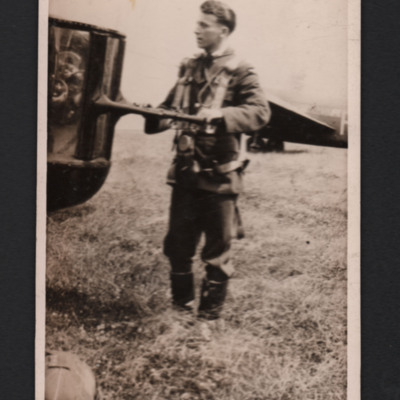 An airman wearing parachute harness and flying boots standing by the rear turret of an aircraft. Part of another aircraft visible in the background. 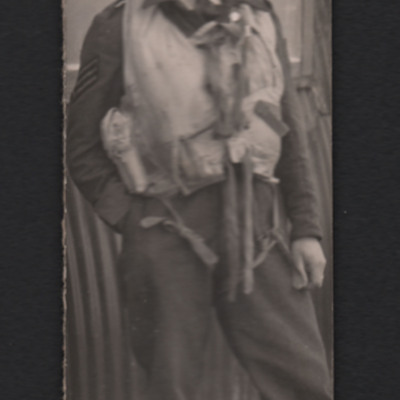 Full length image of an airman wearing battledress with sergeant rank, Mae West and fling boots standing outside a building. On the reverse 'Sgt William Daymont'. 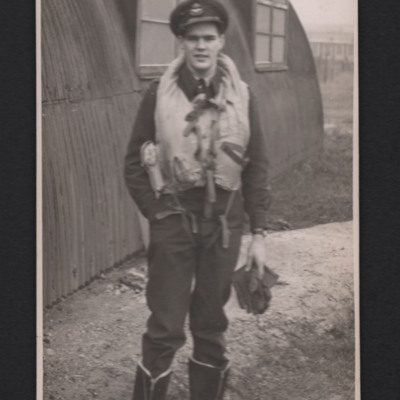 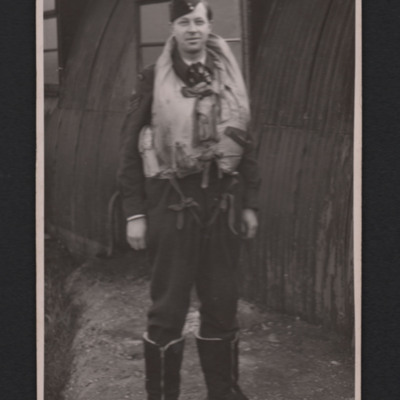 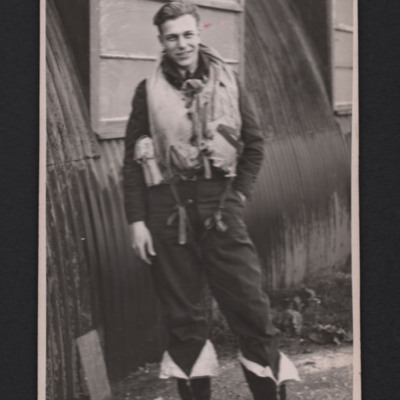 Airman outside a Nissen hut 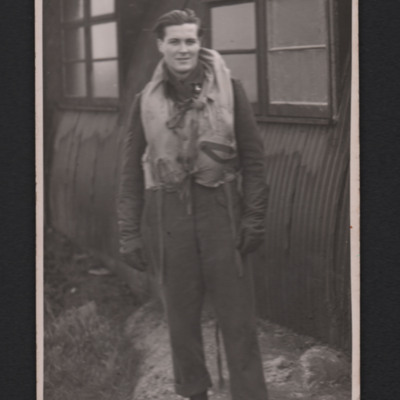 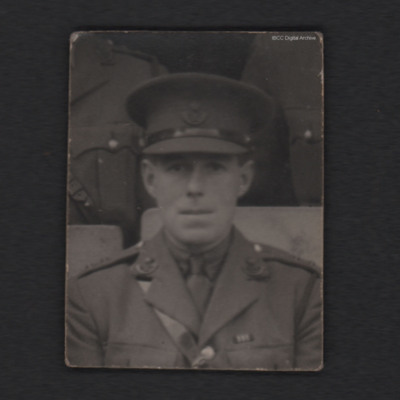 Head and shoulders portrait of a man wearing army uniform and peaked cap. Image is enlargement cropped out from a group photograph. 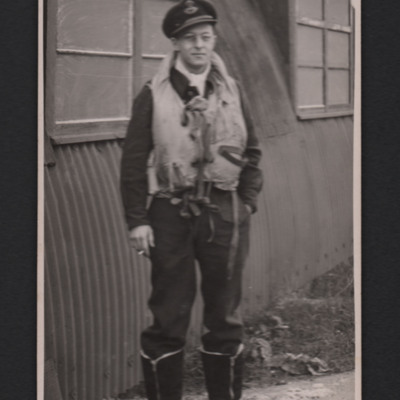 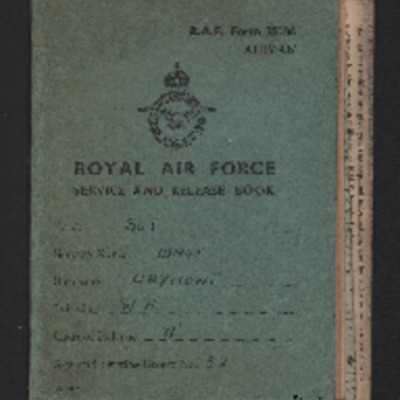 Includes some personal details, release authorization, certificate of service and release, leaving certificate and other information. 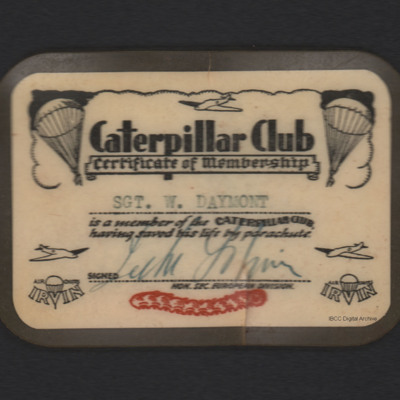 Certificate of membership Card made out for Sergeant W Daymont 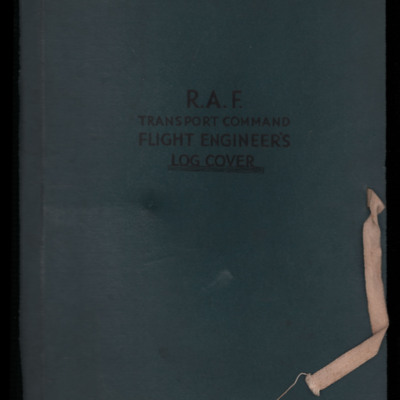 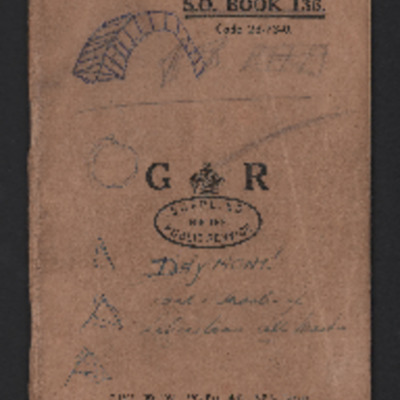 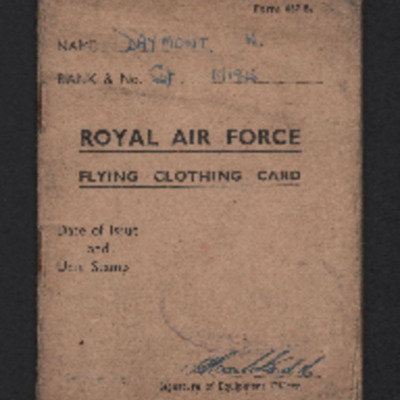 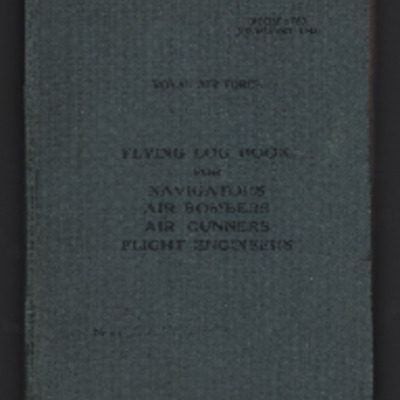 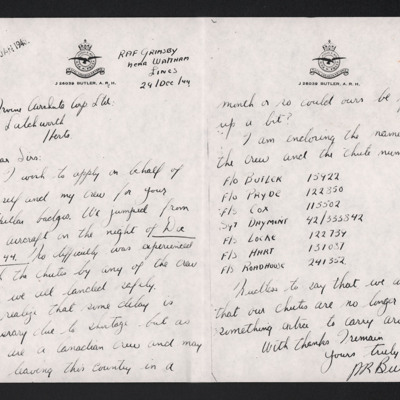 Requests caterpillar badges for himself and his crew after they baled out on night of 24 December 1944. 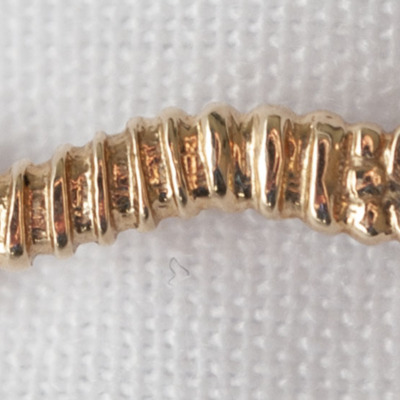 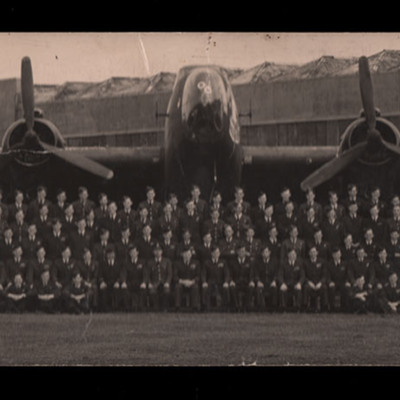 A large group of airmen sitting and standing in five rows in front of a Halifax with a hangar in the background. Attached note 'William Daymont, 2nd back row, no 18 from right'.
View all 17 items