51 items. The collection concerns (1686349 Royal Air Force) and contains his log book, documents and photographs in a separate album. He flew operations as a flight engineer with 158 Squadron.

The collection has been donated to the IBCC Digital Archive by Carole Dukes and catalogued by Barry Hunter. 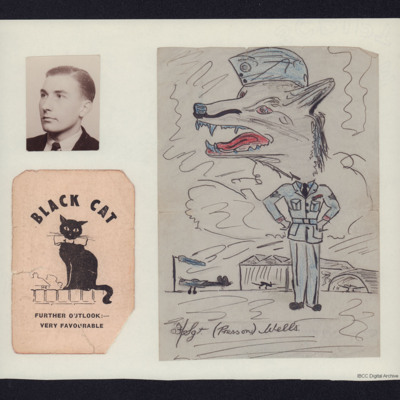 Three images from an album.
#1 is a head and shoulders portrait of Ray.
#2 is a cartoon of a black cat and the message 'Further Outlook Very Favourable'.
#3 is a cartoon of Ray with a dog's head and is annotated 'F/Sgt (Press on) Wells'. 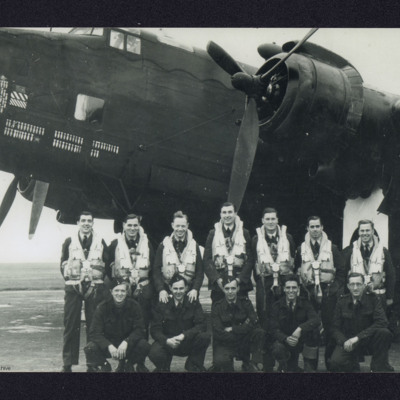 12 airmen under the nose of a Halifax. In a second identical image 'Ray Wells F/E 158 Sqd' has been annotated.
The nose has 56+ operations marked on. A cartoon character is dropping bombs and DFC and DFM ribbons have been painted on. 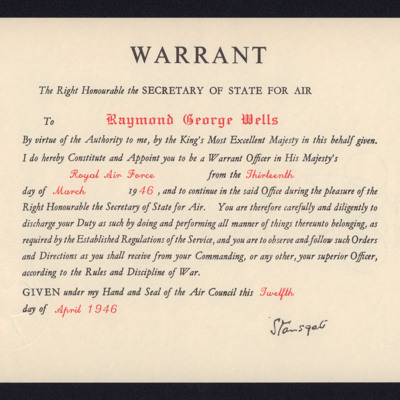 A document appointing Ray as a warrant officer.

A Message of Welcome 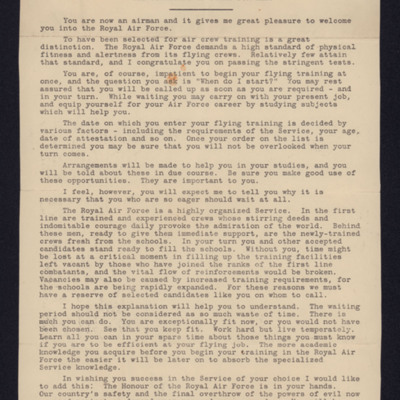 A letter welcoming a new airman into the RAF. 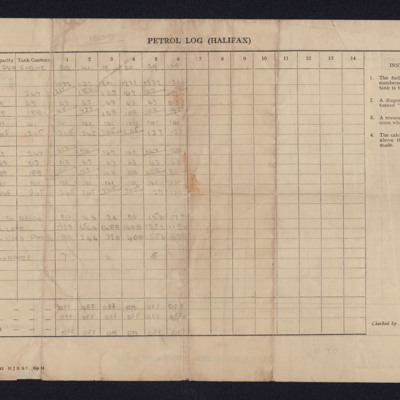 A record of fuel consumed during a flight. 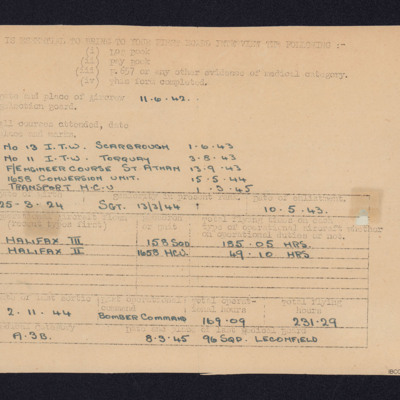 A brief list of Ray's RAF career on an RAF form. 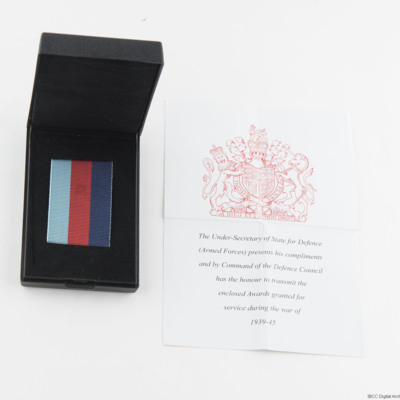 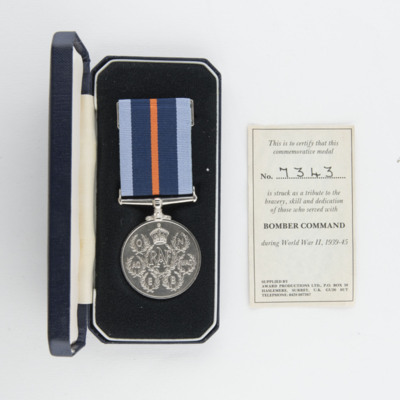 Four photographs of the medal and its presentation case. 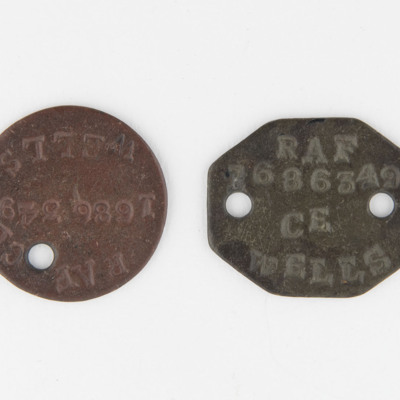 Both sides of Ray's identity discs. 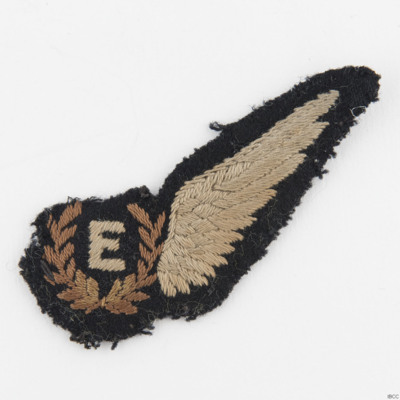 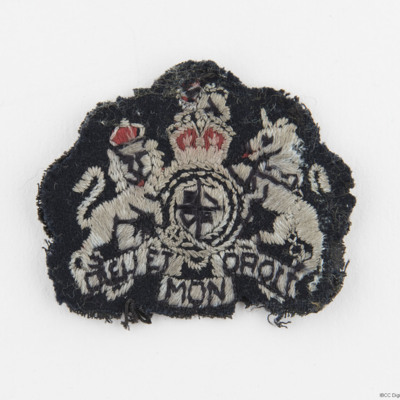 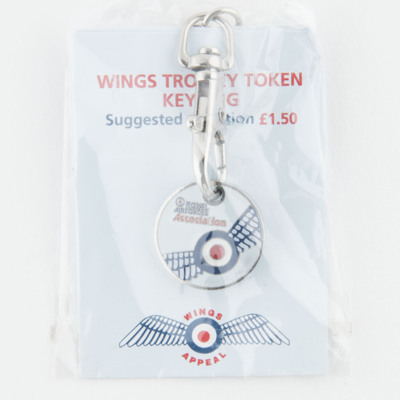 Photo 1 and 2 are both sides of a RAF Association key ring. 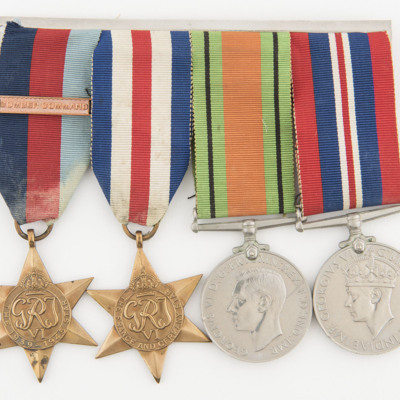 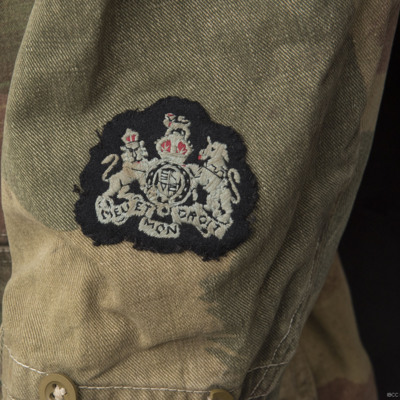 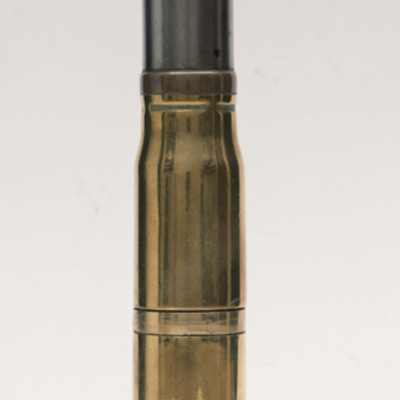 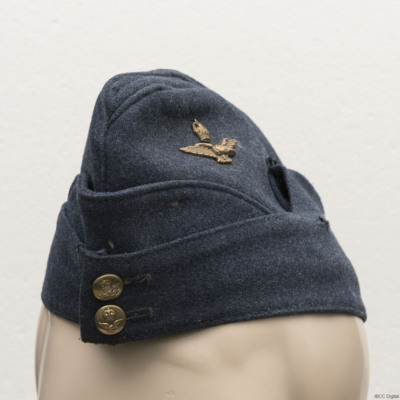 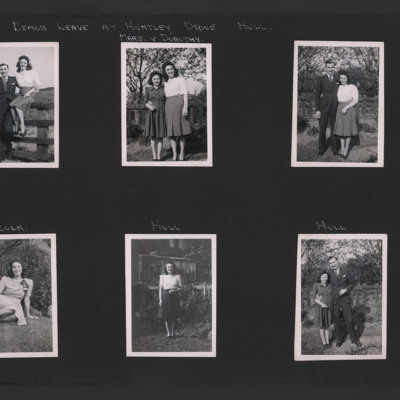 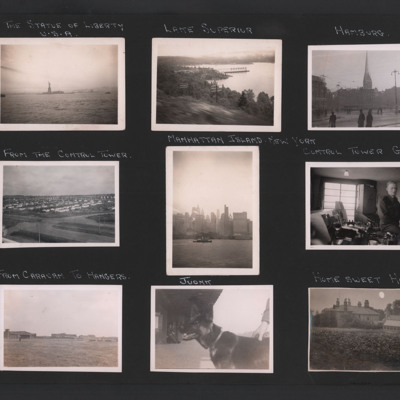 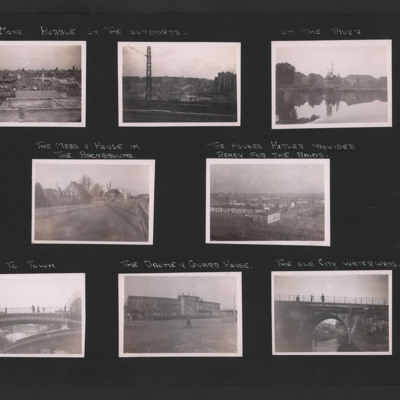 Photo 1 and 2 are bombed buildings, annotated 'More rubble on the outskirts'.
Photo 3 is of buildings at the side of the river.
Photo 4 is the Sergeants' Mess & house in the background.
Photo 5 is prefab houses annotated 'The houses Hitler… 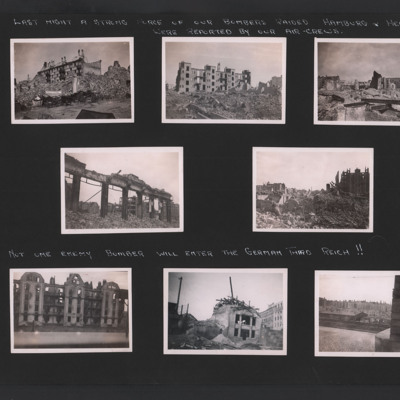 Eight photographs from an album. Each photo shows damaged buildings, annotated 'Last night a strong force of our bombers raided Hamburg & heavy fires were reported by our air-crews' and 'Not one enemy bomber will enter the German Third Reich!!'

Airmen at the Sergeants' Mess, Hamburg 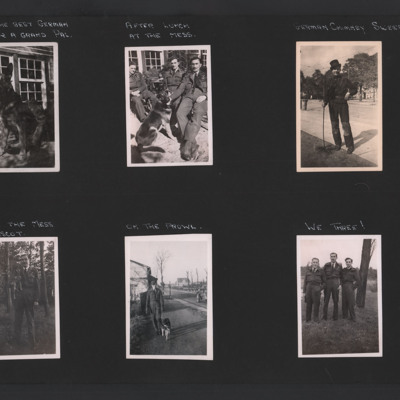 Photo 1 is an Alsatian annotated 'Juonk. The best German I knew & a grand pal'.
Photo 2 is three airmen and the dog annotated 'After lunch at the Mess.'
Photo 3 is a man with a top hat and a long brush, annotated 'German chimney sweep'.
Photo 4 is… 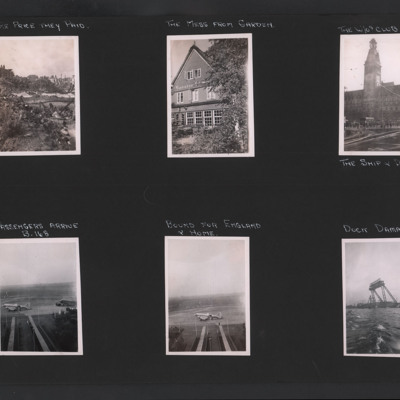 Photo 1 is bomb damaged buildings, annotated 'The price they paid'.
Photo 2 is the Mess seen from the garden.
Photo 3 is a large building annotated 'The W/O's club Hamburg' and 'The Ship & Dragon'.
Photo 4 and 5 are Dakotas annotated 'Passengers… 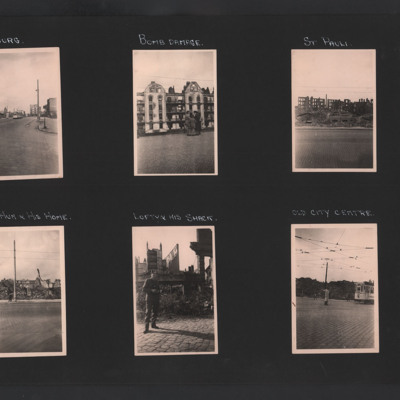 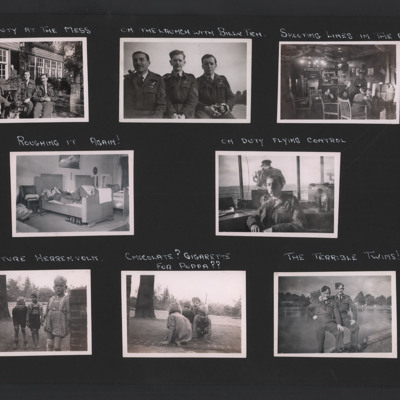