The collection has been donated to the IBCC Digital Archive by Barbara Armstrong and catalogued by Nigel Huckins. 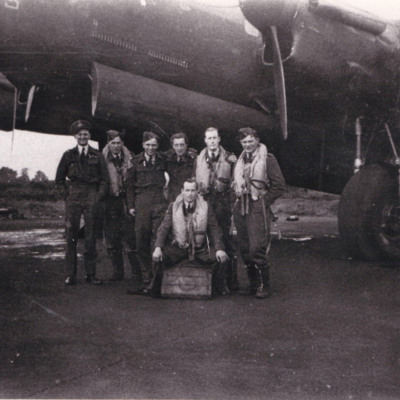 Seven aircrew, four wearing Mae Wests and three battledress. Six are standing in line and the seventh is sitting in front on a chock. In the background the forward part of a Lancaster with open bomb bay. 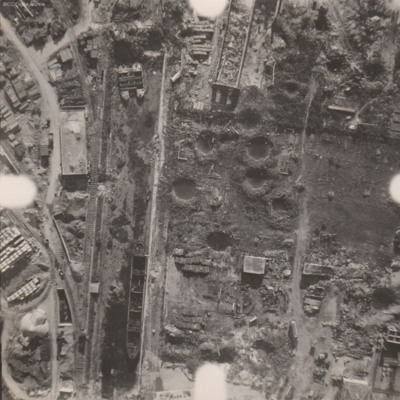 Reconnaissance photograph at low level of goods yard with significant bomb damage with craters and destroyed buildings throughout. A drained canal runs top to bottom with large barge aground against quay and another smaller pair tied together at top.…

Five airmen in front of a Lancaster 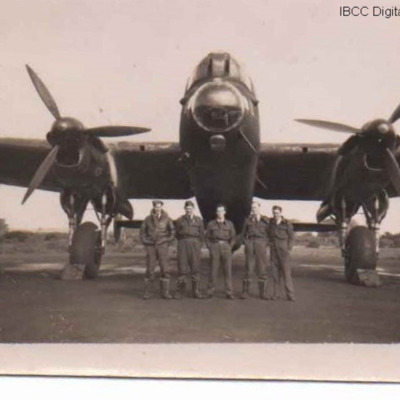 Five airmen, the one on the left wearing a flying jacket the others battledress standing in line in front of a Lancaster.

Eleven airmen in front of a Lancaster 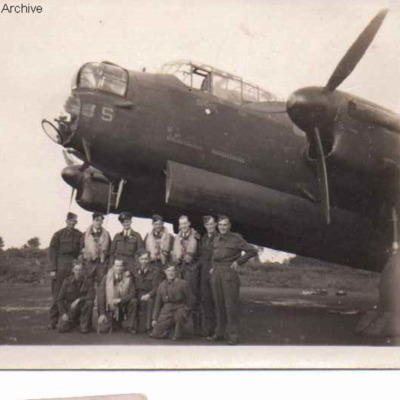 Eleven airmen, four wearing Mae West and the others battledress kneeling and standing in two rows in front of a Lancaster. On the nose an 'S' underneath nose turret. 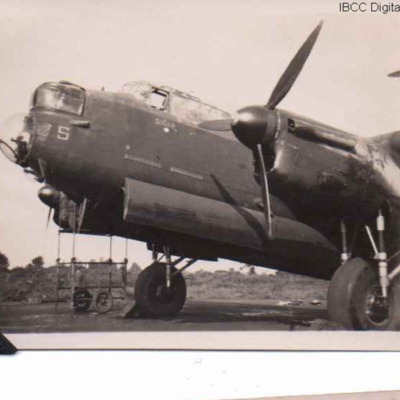 View of the port forward part of a Lancaster parked. Letter 'S' below front turret and gantry under starboard engines. 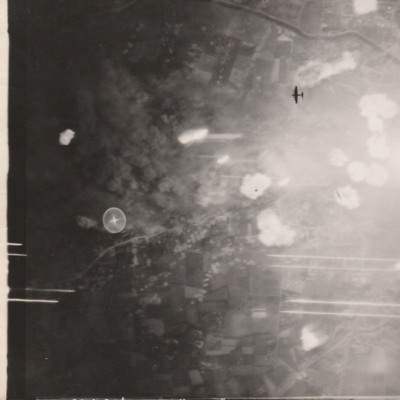 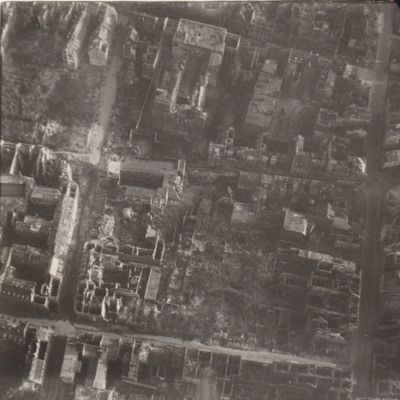 Reconnaissance photograph of part of a city with damaged buildings. 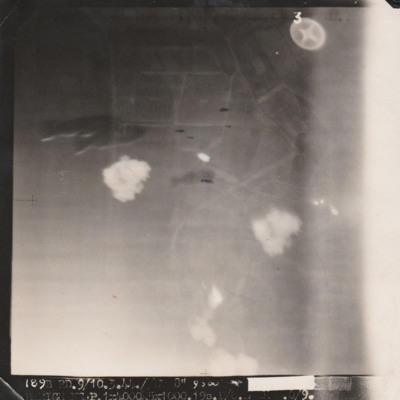 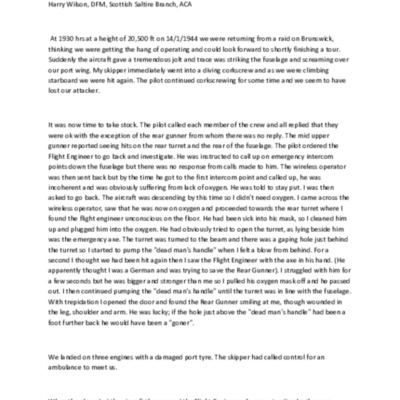 Account of returning from operation to Brunswick on 14 January 1944. Aircraft was hit by tracer. Rear gunner did not check in after attack. Relates actions of crew with flight engineer and then wireless operator sent back to investigate, followed by…
View all 11 items