The collection has been donated to the IBCC Digital Archive by Caroline Ann Holt and catalogued by Barry Hunter. 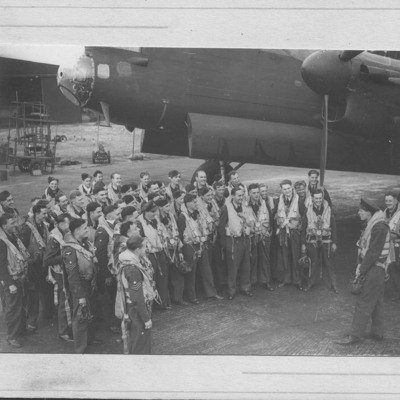 A group of airmen dressed in life vests being addressed prior to an operation. They are under the nose of a Lancaster. 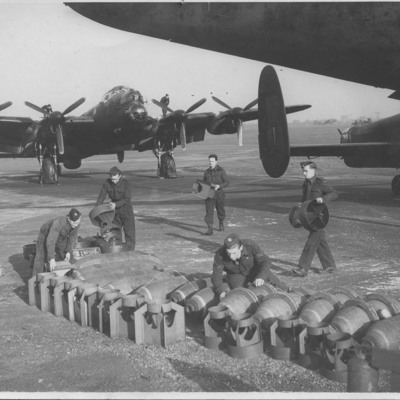 Five armourers preparing bombs under a Lancaster. Behind a second Lancaster is being prepared with two ground crew standing on the wings above the inner engines.

Eight airmen around a table 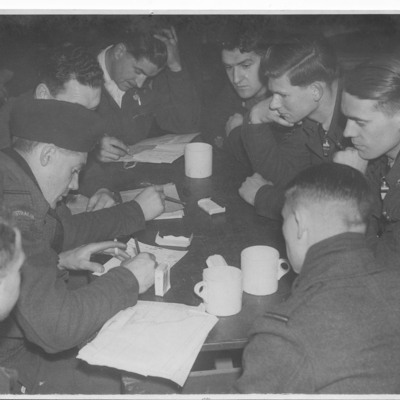 Eight airmen arranged around a table with mugs and cigarettes. Three are working with pens and papers. 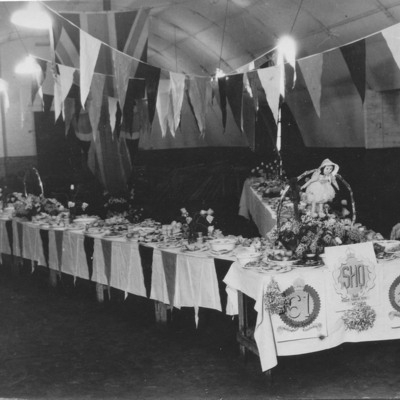 The Sergeants Mess laid out for a party. On the table are crests for 50 and 61 Squadrons. On the reverse 'April 20th 1945 Sgts Mess Skellingthorpe'. 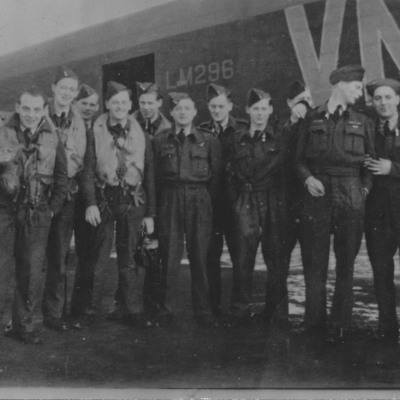 Aircrew in uniform and flying kit standing in front of Lancaster LM296. 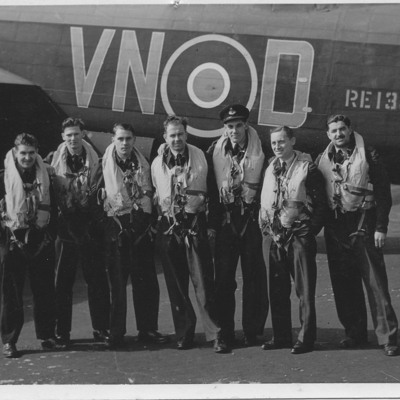 Seven airmen Mae Wests life vests. They are standing in front of Lancaster VN-D RE133.
On the reverse are four signatures


[The image is identified as being 50 squadron, RAF Skellingthorpe and the Captain as F/O A. Campbell] 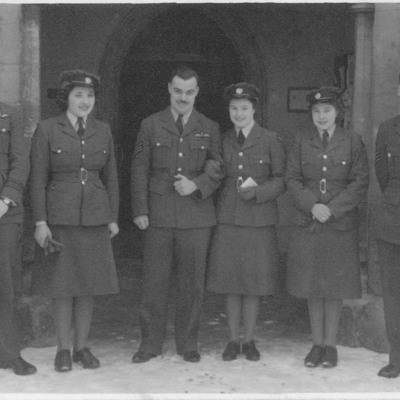 A group of six RAF personnel with Muriel Meen second from the left. On the reverse '1941-1942 Muriel second left'. 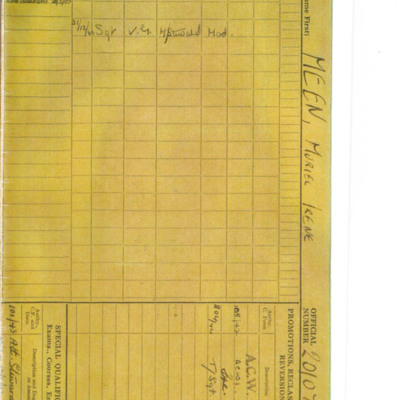 A form with Muriel's RAF employment locations and dates. 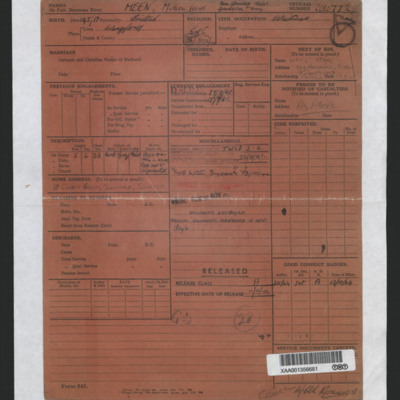