Three Airmen outside their Hut 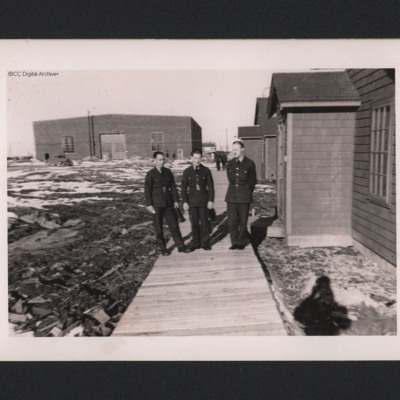 Three men standing on a wooden walkway outside their hut. 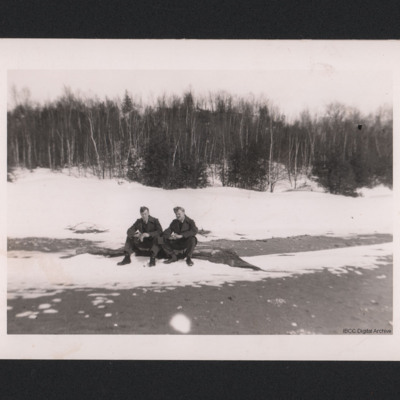 The two airmen are sitting on a log, surrounded by snow.

Three airmen, a civilian and a boy 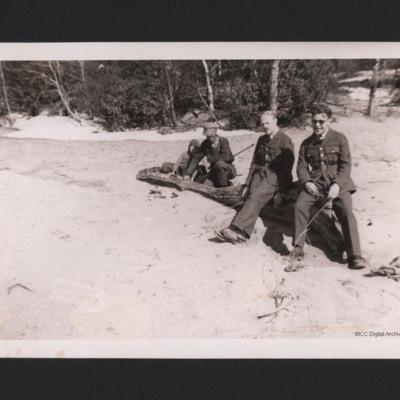 The group is seated on a log. The civilian man has a rifle and a hat. 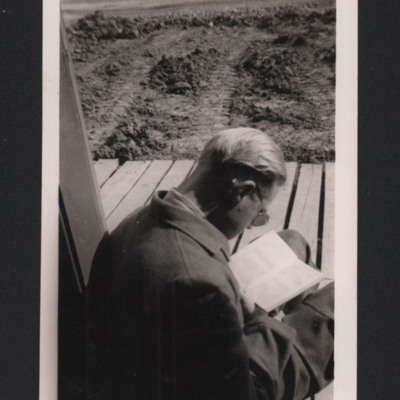 An airman studying a book at the entrance to a hut. 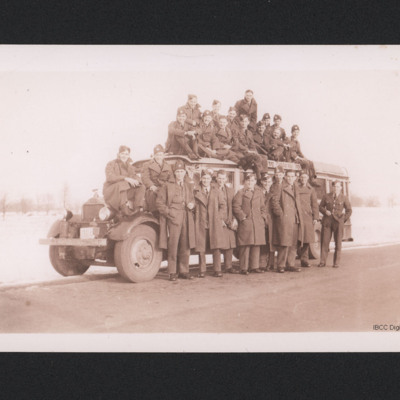 24 airmen wearing greatcoats positioned on and around a bus.

Bunkbeds in a dormitory 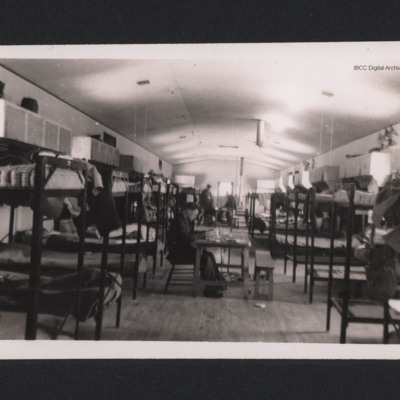 Rows of bunkbeds in a dormitory for airmen.

Two airmen and a civilian 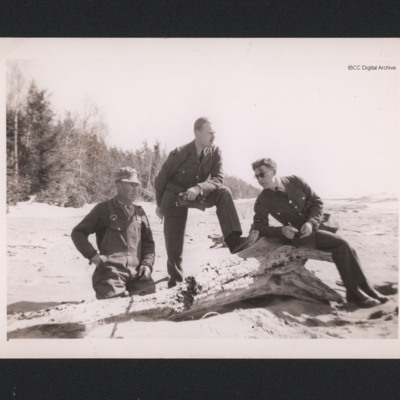 Two airmen on a tree trunk. 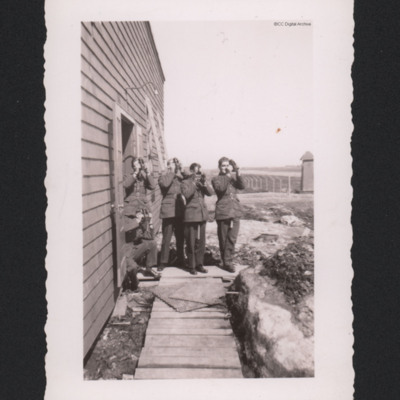 Five airmen taking sunshots with handheld sextants. They are outside a wooden hut. 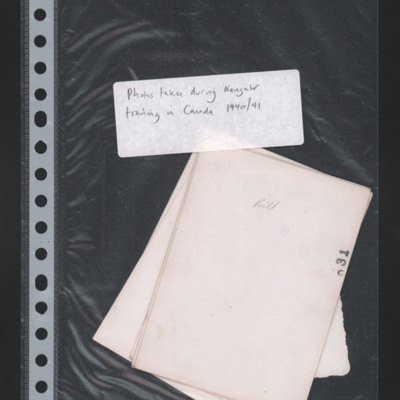 A folder containing photographs taken during Alan's training in Canada.
View all 9 items