The collection has been loaned to the IBCC Digital Archive for digitisation by Margaret Diane Butler and catalogued by Barry Hunter. 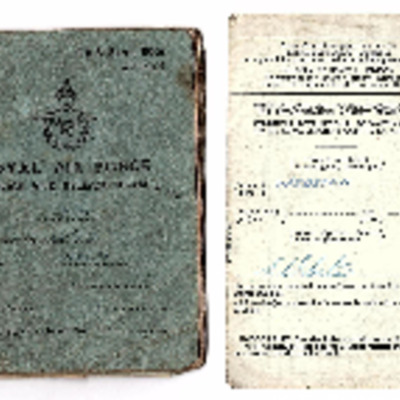 RAF Form 2520A issued to Edward containing brief details of his service life. 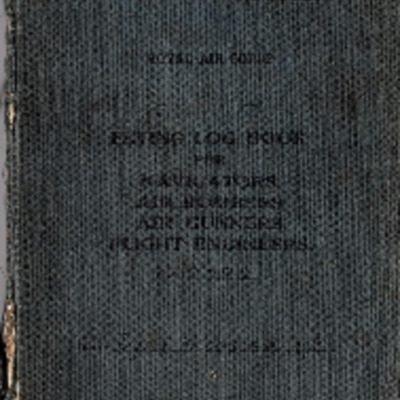 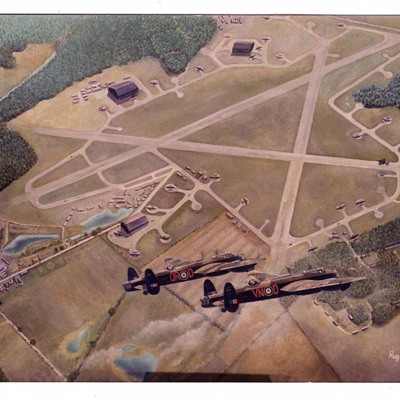 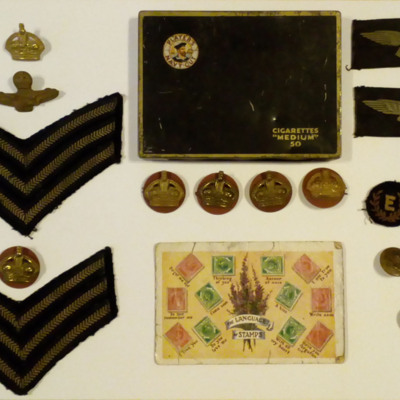 A Players Navy Cut cigarette tin which contained rank and metal badges plus a small stamp collection on a card marked 'The language of Stamps'. 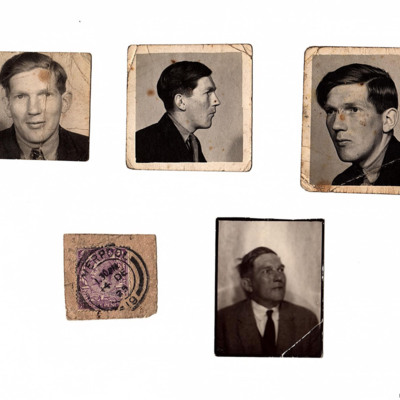 A series of four head photographs to be used on escape papers. Additionally there is a three pence stamp.

B Flight, No 4 Squadron Group Photograph

A group of trainees arranged in four rows. Underneath each man is named. 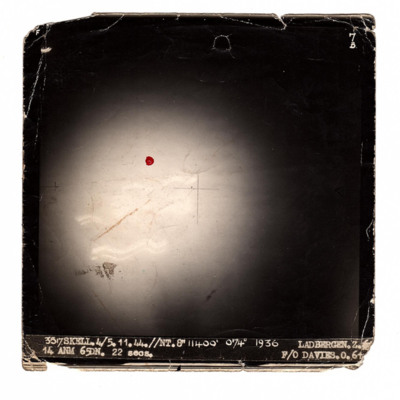 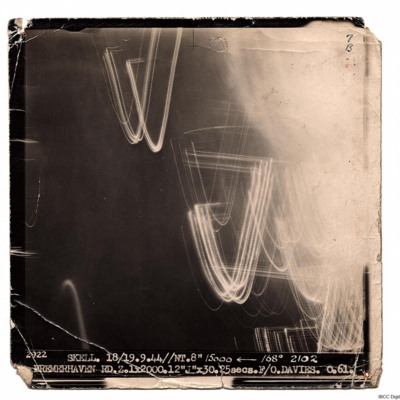 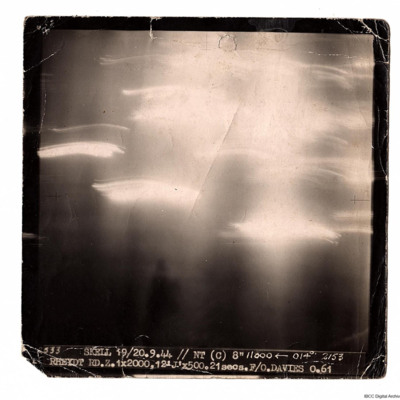 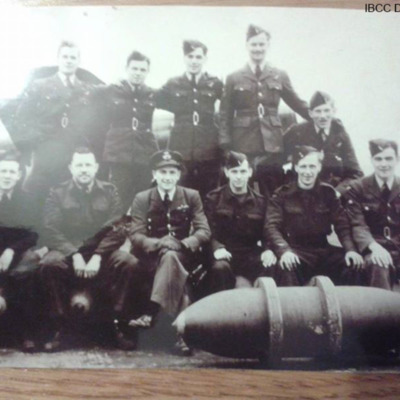 This item was sent to the IBCC… 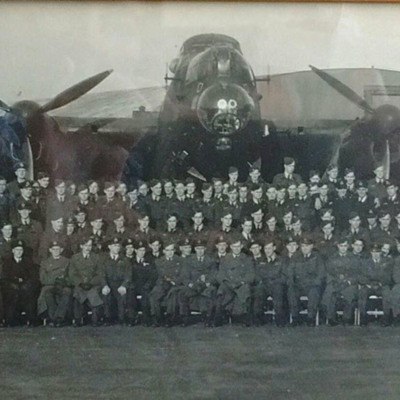 A large group of airmen and ground crew arranged under a Lancaster. Information supplied with the collection states '61 Squadron 1945'.

This item was sent to the IBCC Digital Archive already in digital form: no better quality copies are available. 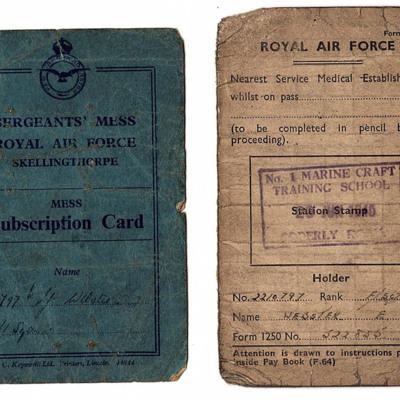 A mess card used by Edward. 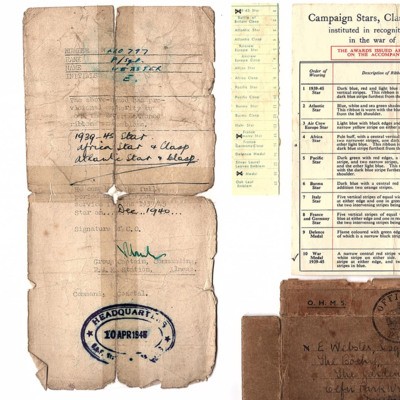 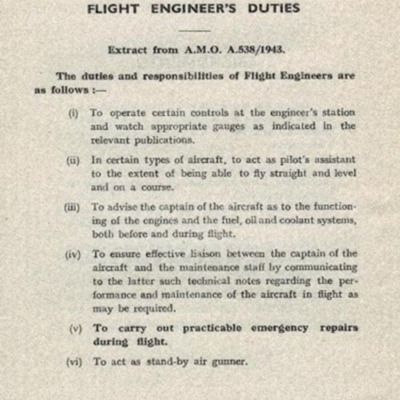 Six items listed that are the duties and responsibilities of Flight Engineers.
This item was sent to the IBCC Digital Archive already in digital form: no better quality copies are available. 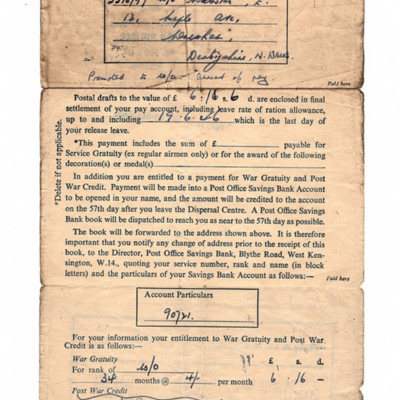 Letter to Edward Webster Advising of his Promotion 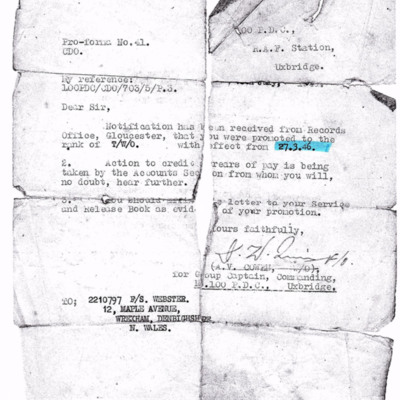 Edward's letter advises he is promoted to T/W/O. 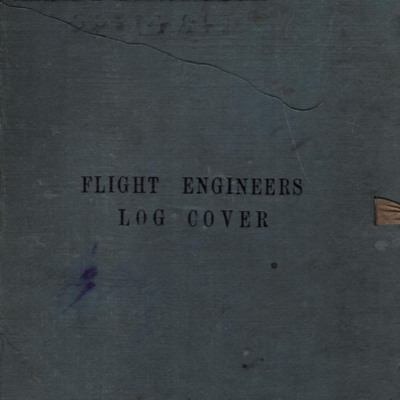 This item was sent to the IBCC Digital Archive already in digital form: no better quality copies are available.
View all 18 items