Six items. An oral history interview with Sergeant Frank Stanley Tolley (b. 1921, 1152777 Royal Air Force), his log book and four photographs. Frank Tolley was a Lancaster bomb aimer with 625 Squadron at RAF Kelstern. He completed 22 daylight and night time operations before the end of the war in Europe and also flew on Operation Manna, Operation Dodge and Cook's tours. 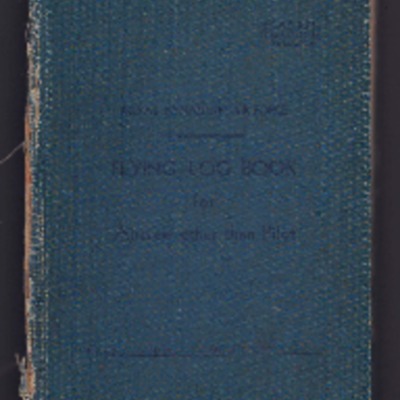 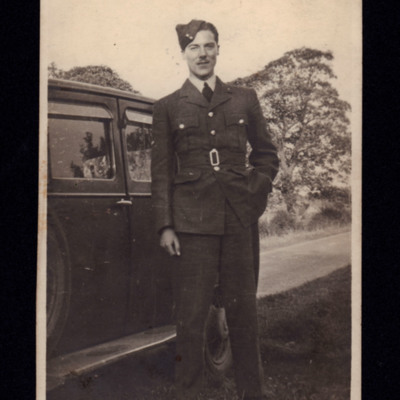 Leading Aircraftsman Frank Tolley, in uniform, standing beside a car. On the reverse 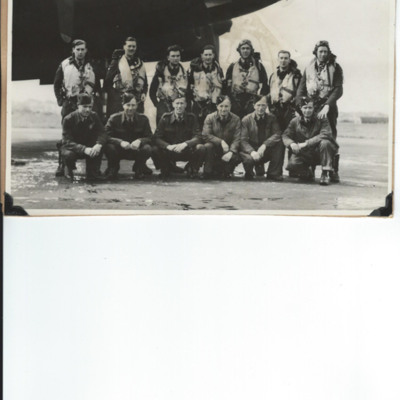 The aircrew wearing Mae Wests are standing under the nose of Lancaster 'Y2'. The ground crew are kneeling. Frank Tolley is second from the left on the back row.

Frank Tolley's crew in front of a Lancaster 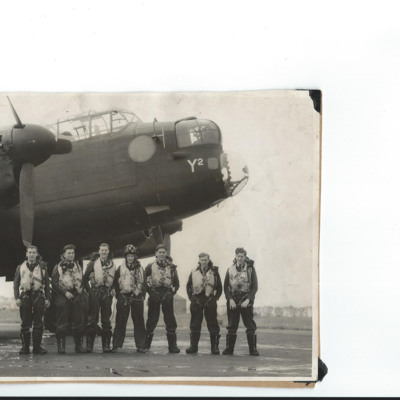 Seven aircrew standing under the nose of a Lancaster 'Y2'. All are wearing Mae Wests. Frank Tolley is wearing his chequered bowler hat. 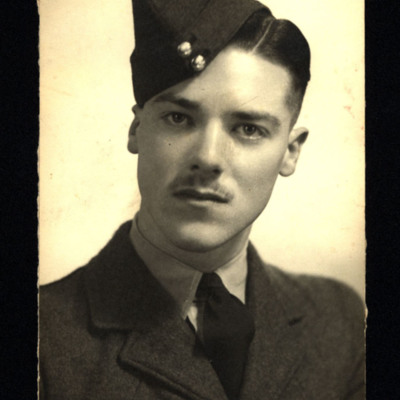 Head and shoulders portrait of Frank Tolley wearing his airman's uniform and side cap.
View all 6 items