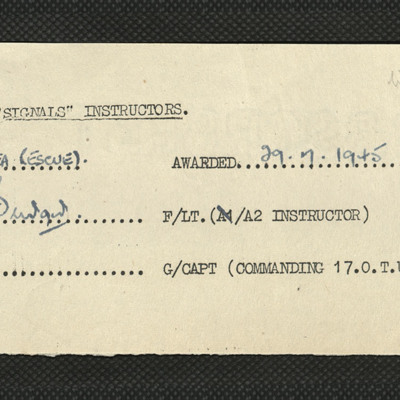 Arthur Atkinson is recognised as category 'B (Air ? Sea Rescue).' 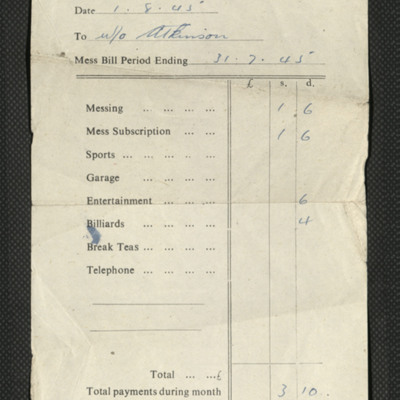 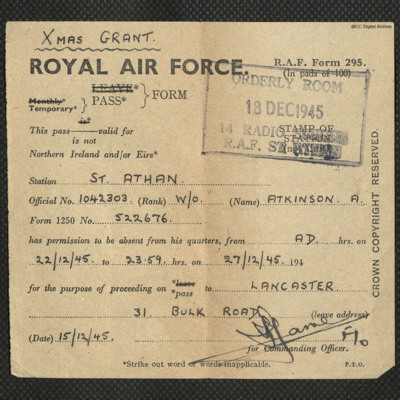 A pass issued to Arthur Atkinson by RAF St Athan allowing him to be absent from his quarters.

Arthur Atkinson was born in Lancaster, and worked in the local Co-Op until he joined the Royal Air Force. He trained as a wireless operator and served at RAF Ringway before being posted to RAF Coningsby and later RAF Skellingthorpe with 61 Squadron.… 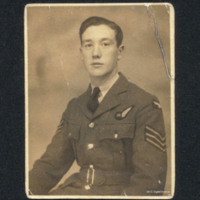