16 items. Collection contains four sub-collections which concern Flt Lt Bertie Foxlee (617 Squadron Mick Martin's gunner) and John Sanders, Ralph Briars and Roy Machin who were all on the same crew on 49 and 617 Squadron.
The collection has been donated to the IBCC Digital Archive by Robert Casswell and catalogued by Nigel Huckins. 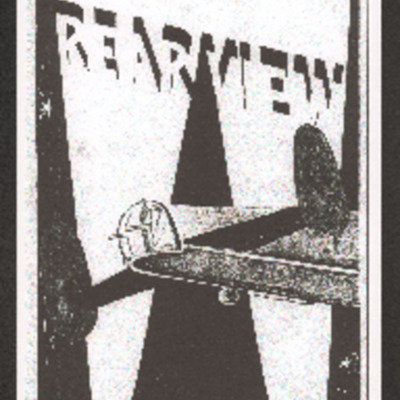 Starts with tribute to crew and has colour photograph of a 617 Squadron Lancaster over Lincoln. Writes of his joining the RAF, selection as an air gunner and his basic training. Goes on with description of gunnery training, before going to OTU at RAF… 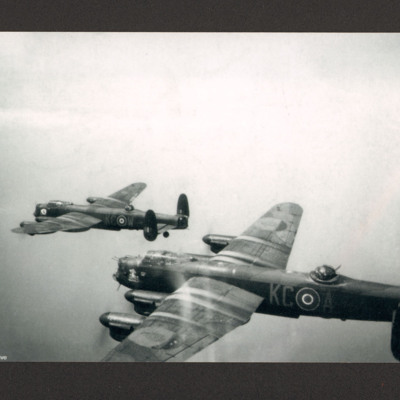 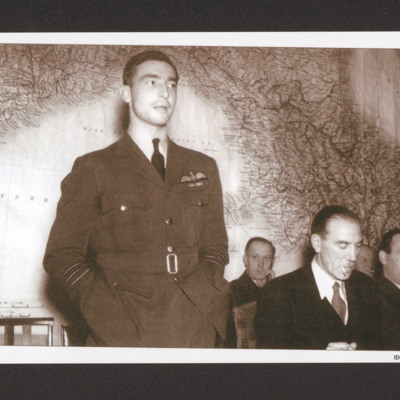 On the left a three-quarter length view of a wing commander, wearing tunic with pilot's brevet and medal ribbons, standing with hands in pockets. To the right sitting three men in civilian suits. Map covers wall in the background. 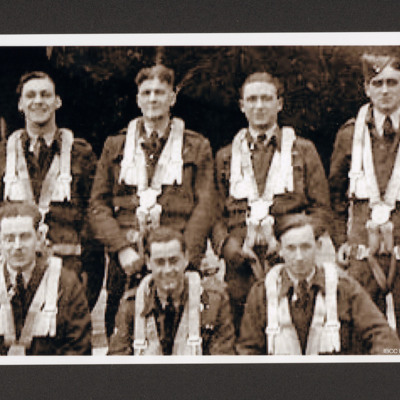 Seven aircrew in two rows all wearing parachute harness. In the background part of a bomber. 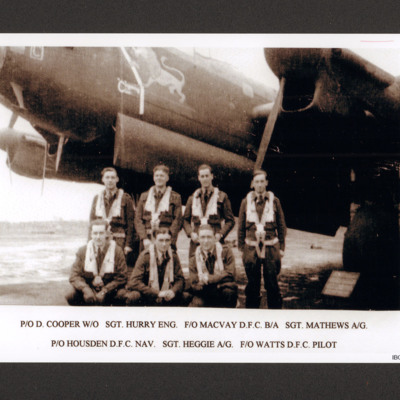 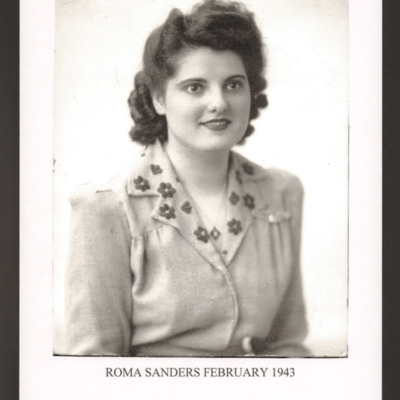 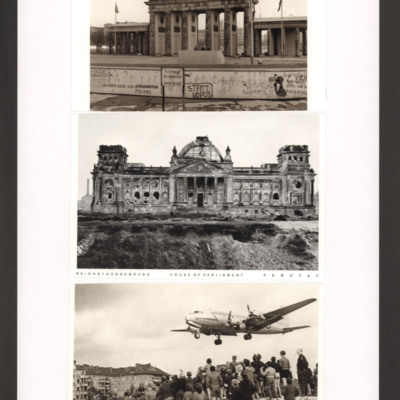 Top - view of the Brandenburg gate in Berlin with graffiti covered low wall in front. Middle - view of the ruined Reichstagsgebaude, Berlin. Bottom - Douglas C-54 Skymaster on approach to airfield watched by a crowd standing on a pile of rubble… 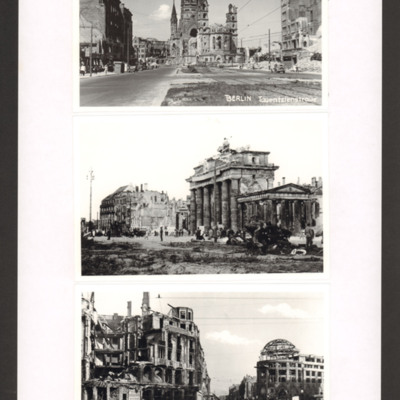 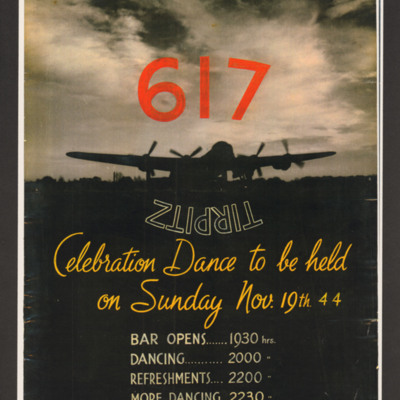 Photograph of silhouette of a Lancaster at dusk/dawn with text '617, Tirpitz, celebration dance on Sunday Nov 19th 1944'. Opening times.

Head and shoulders portrait of a man wearing tunic with air gunner brevet and medal ribbons as well as a flying helmet with goggles. 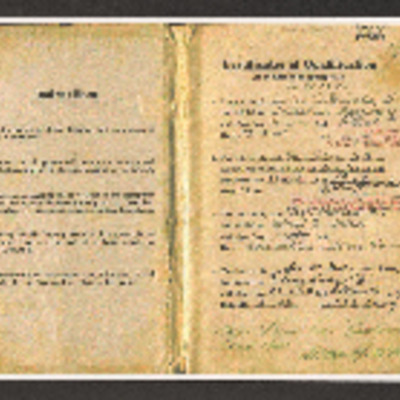 Flying log book for observer’s and air gunner’s for B T Foxlee, wireless operator/air gunner, covering the period from 14 April 1941 to 15 October 1947. Detailing his flying training operations flown and instructor duties. He was stationed at…

Aircrew in a bar 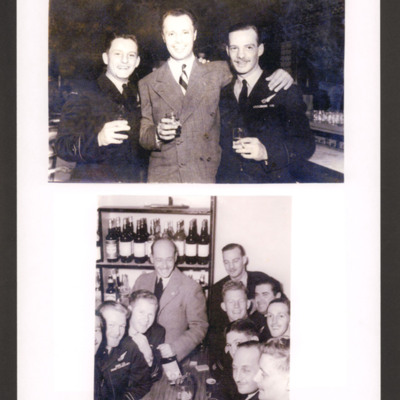 Top - two aircrew either side of a man wearing civilian suit. All have glasses in hand. Bertie Foxlee is on the right. Bottom - nine aircrew and one man in civilian suit gathered round a table with drinks. In the background shelves with bottles.

Top - seven aircrew wearing various uniform or flying clothing standing in line under the engine of a bomber. Mick Martin is third from the right. Bertie Foxlee is on the left. Bottom - 22nd June 1943 Hungaria restaurant in London following the… 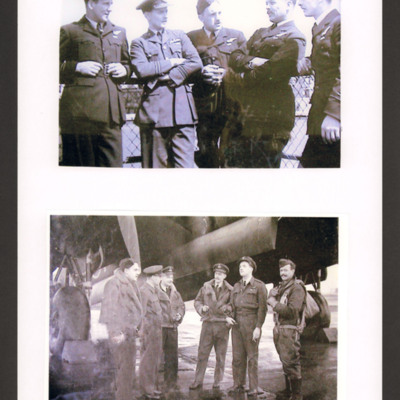 Top - Five air force officers standing in line wearing tunic and 3 with peaked cap and two with side caps, Mick Martin is second from left with arms crossed. Bertie Foxlee is second from right. Bottom - six aircrew in various flying clothing or…
View all 16 items