Ten items. The collection concerns Robert Creamer (1818388 Royal Air Force) and contains his log book, memoir and photographs. He flew operations as an air gunner from RAF Grimsby.
The collection has been donated to the IBCC Digital Archive by Robert Creamer and catalogued by Barry Hunter. 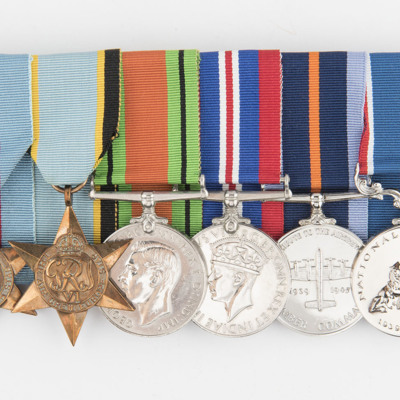 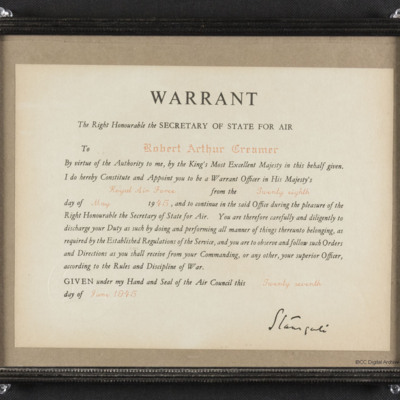 A framed document awarding Robert the rank of Warrant Officer. 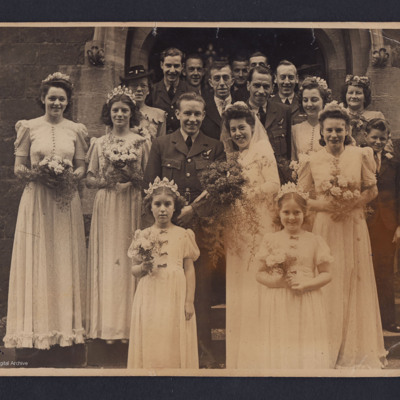 The wedding party with bride, groom, bridesmaids and guests outside St Andrews Church, Kettering. A note of the reverse names others present. 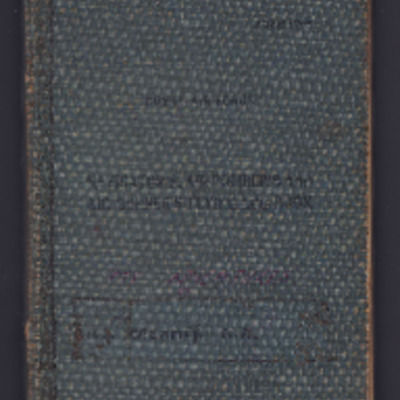 R A Creamer’s Air Gunner’s Flying Log Book covering the period 6 May 1943 to 21 June 1946. Detailing his flying training and operations flown as air gunner. Hand written in pencil on cover ‘‘My adventures by Creamer R.A.”. He was stationed… 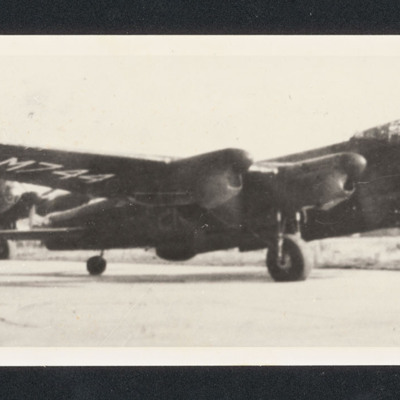 Two photographs of Lancaster LM744.
The first is a starboard side view of the Lancaster with its engines running.
The second is a port view with the engines stopped. Several other Lancasters are in the background. 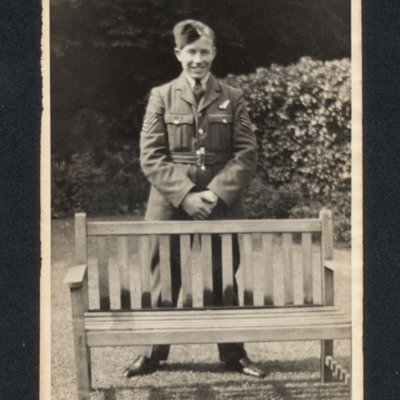 A three-quarter length portrait of Robert standing behind a bench. 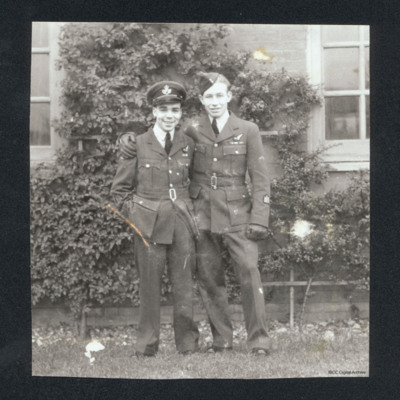 Two airmen standing in the gardens of a house. One with his arm round his friend.
On the reverse 'Took at RAF Cottesmore June 1945.' 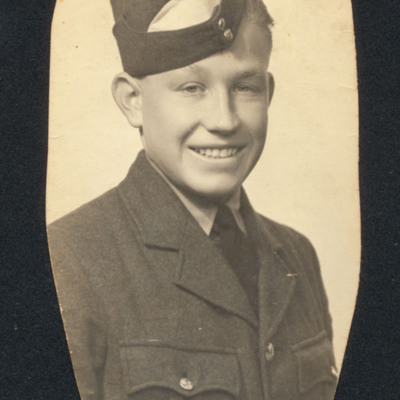 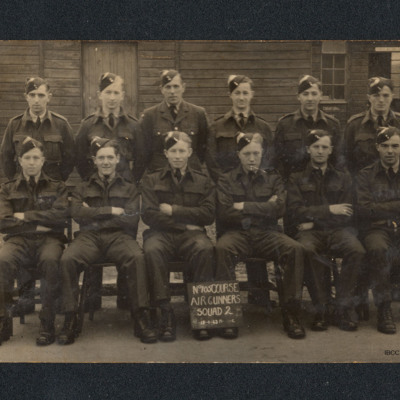 A group of 12 air gunners arranged in two rows. On the reverse are their signatures.
There is a second identical copy.

30 operations described in detail. His fellow crew members are listed as are incidents that occurred on the operations.
View all 10 items