The collection has been donated to the IBCC Digital Archive by Iain Hook and catalogued by Trevor Hardcastle.

Covering letter for award of the Bomber Command Clasp 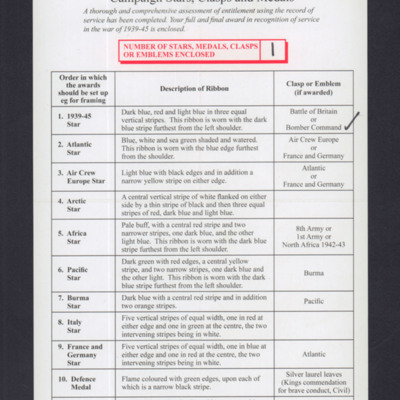 The standard letter from Ministry of Defence when making an award, and a printed form indicating which award had been made. 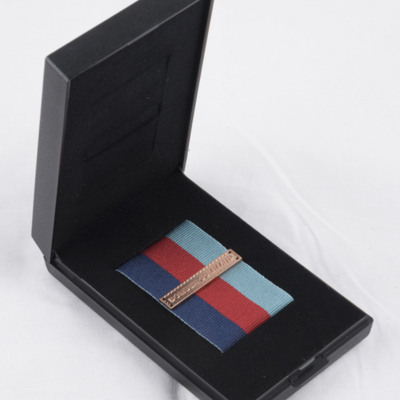 Presentation box and clasp with ribbon. 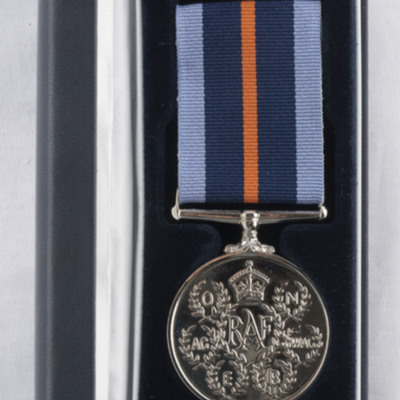 A commemorative medal for airmen who served in Bomber Command in a presentation case for Kenneth Hook. 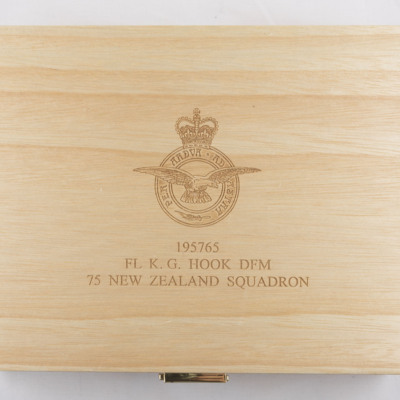 Wooden box, engraved on the lid with his service details, large enough to contain his medals, his aircrew whistle, identity discs, and aircraft fragments. 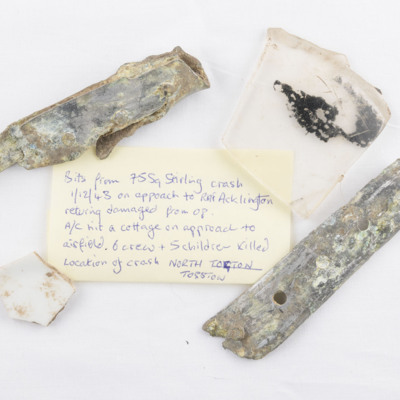 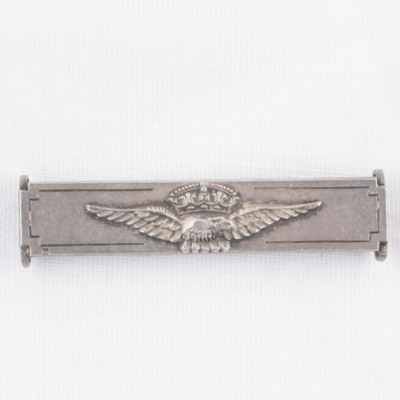 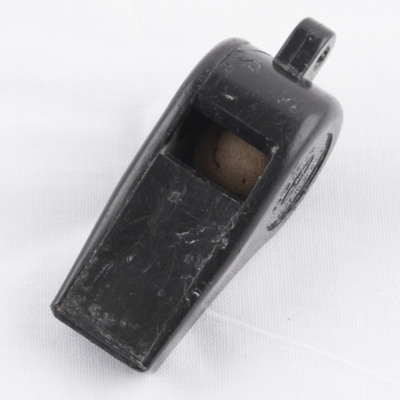 Three views of an ACME whistle Patent number 620720 made in England. 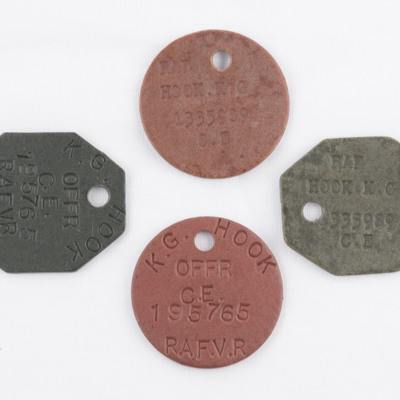 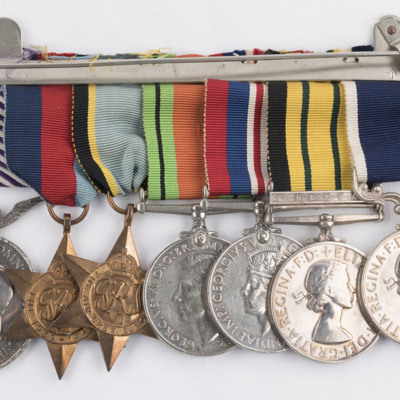 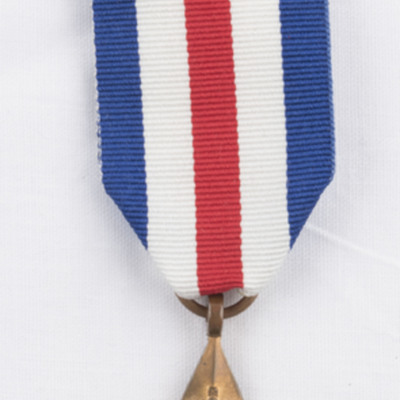 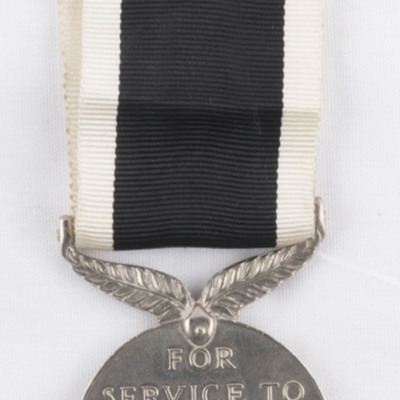 Unmounted medal with ribbon, reverse of medal, for service to New Zealand 1939-1945. 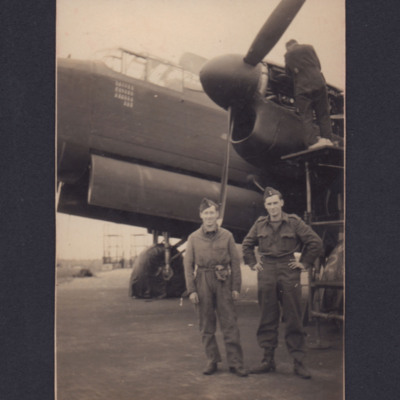 Three ground crew, one working on the port inner engine, posed in front of Lancaster parked on it's dispersal, servicing equipment in the background. Under the cockpit are 21 bomb symbols. 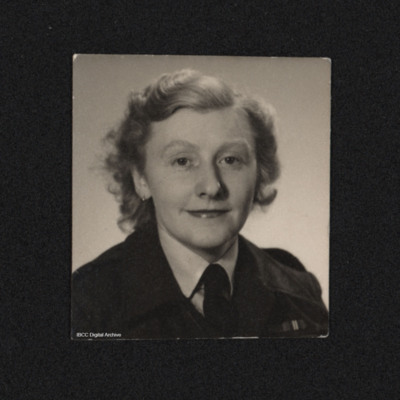 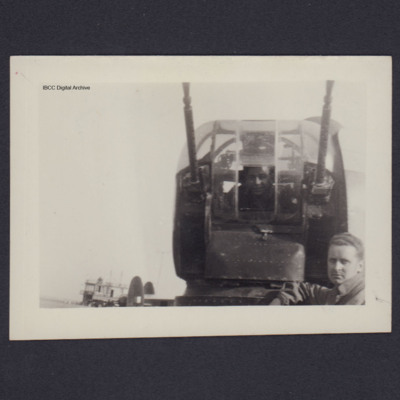 Ken Hook head and shoulders, standing next to a Lincoln tail turret, a Lincoln tail in background. Control tower is also visible. The reverse captioned 'Steve in the turret.' 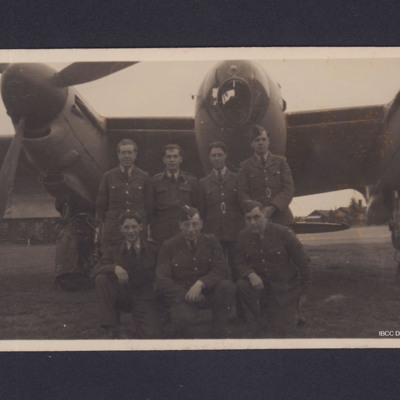 Seven individuals, one aircrew, posed in two rows in front of Mosquito. Buildings in the background. 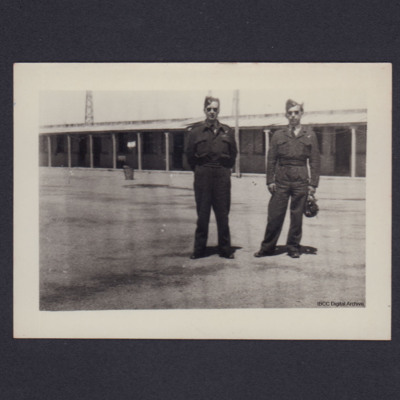 Ken with fellow aircrew, standing in open space in front of single storey building with veranda, lattice masts in background. The reverse captioned 'Self & Steve.' 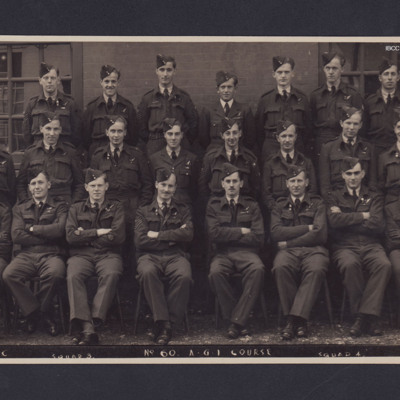 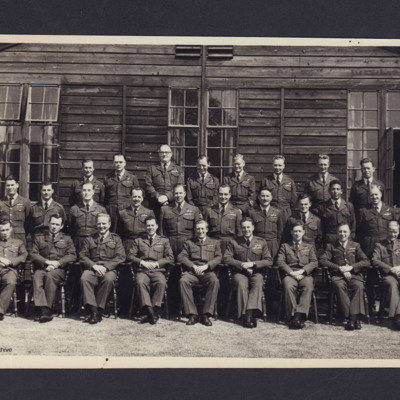 Twenty nine individuals, mainly aircrew, posed in three ranks, in front of the end wall of a wooden building, the reverse captioned 'Subject third from right back row.' 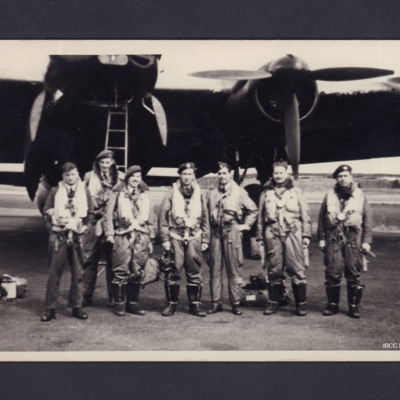 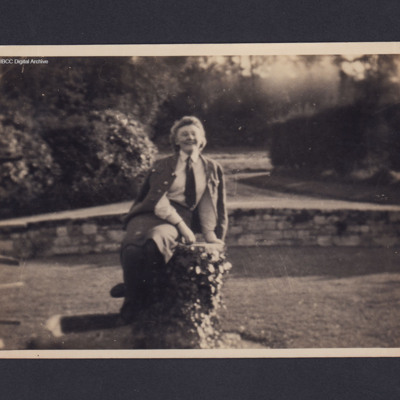 Patricia before her marriage to Ken, seated, in uniform, low stone wall , hedges and paths in the background. On reverse captioned 'Elizabeth Patricia Simmonds - Hull would marry subject I/O W.A.A.F. 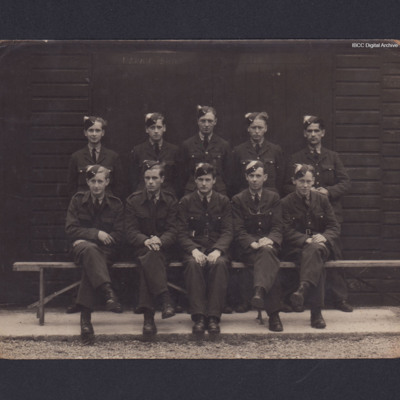 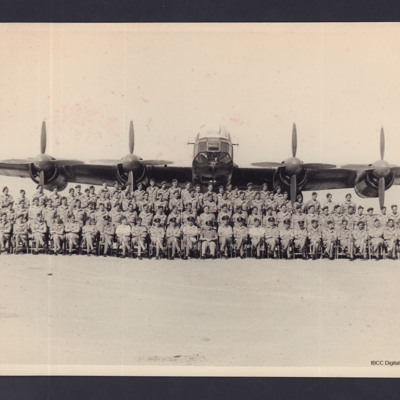 Squadron members posed in four rows in front of a Lincoln. On the reverse captioned 'Subject front third from left.'

Seven aircrew and a Lancaster 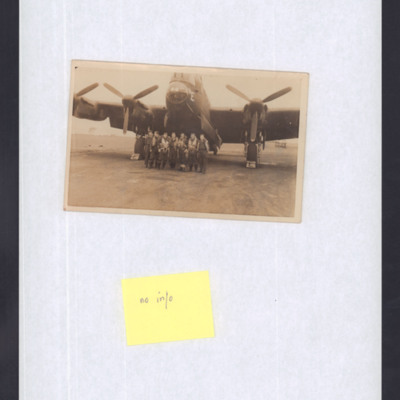 Aircrew standing in a row under the nose of a Lancaster, they are in flying kit. Bomb doors are open, squadron letter is E, airfield background. Caption is 'No info'. 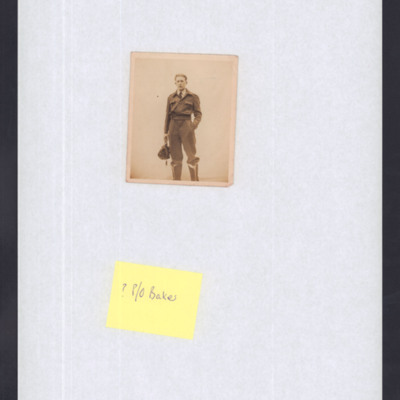 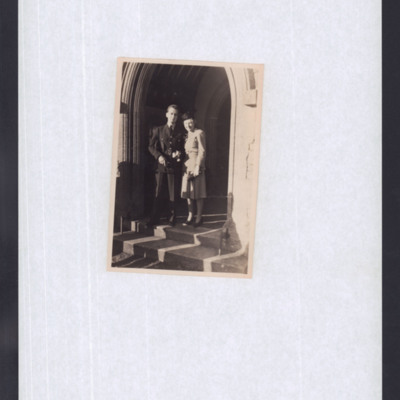