12 items. A collection of pen and ink drawings by Frank Barker (b. 1905) depicting a number of hazards and a 5 Group crest.

He was a commercial artist who worked for the J. Walter Thompson advertising agency.

The collection has been donated to the IBCC Digital Archive by Nigel Croft and catalogued by Nigel Huckins.

Hit trees, which knocked out both starboard engines 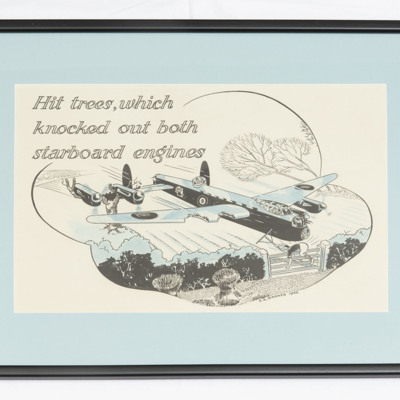 Drawing of a Lancaster at very low level approaching a gate and hedge. Gate has man crouching on top. Both starboard engines have been left behind on a tree. 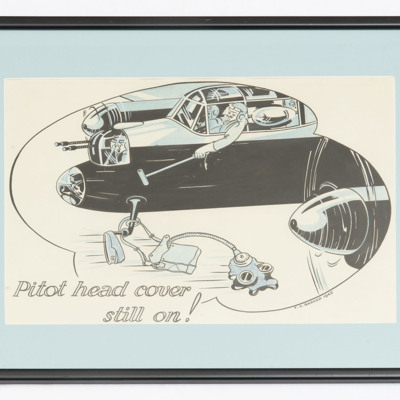 Drawing shows the front end of a bomber with the pilot reaching out of cockpit window with a polo mallet toward the pitot head which has a gas mask and a side cap caught on it.

Isn't it about time we touched down? 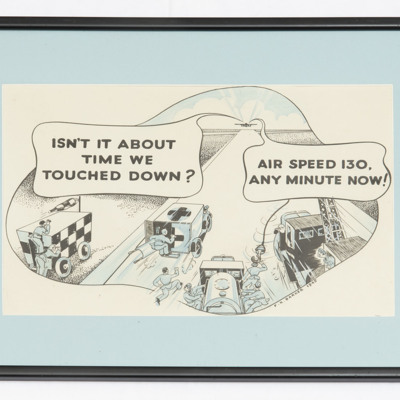 Drawing with a view along runway. In the distance a bomber just above runway with two voice bubbles. 'Isn't it about time we touched down?' and 'Air speed 130 any minute'. Service and emergency vehicles in the foreground are chasing after the…

Don't give the pilot this impression 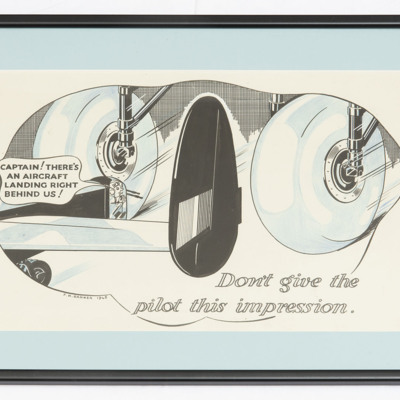 On the left of the drawing the rear of a bomber with gunner in rear turret is saying 'Captain! There's an aircraft right behind us!'. On the right the undercarriage wheels of another aircraft. 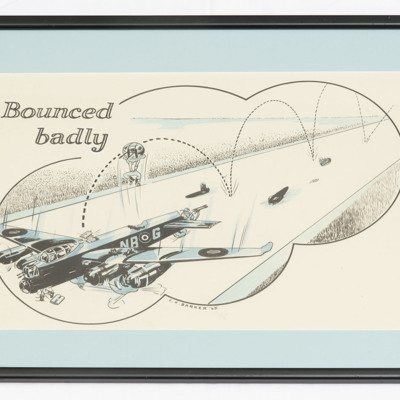 Drawing of a Lancaster having bounced along runway after landing leaving bits of aircraft behind. The mid-upper turret has bounced out of aircraft and one aircrew is hanging underneath it. Another's persons legs can be seen protruding from front… 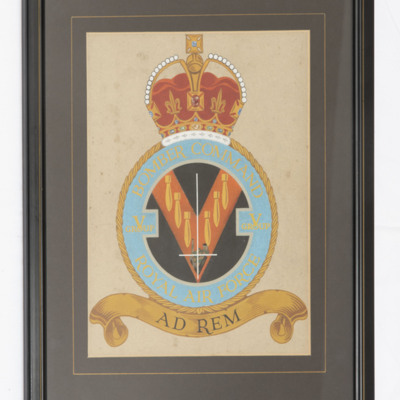 Took off on the wrong tank 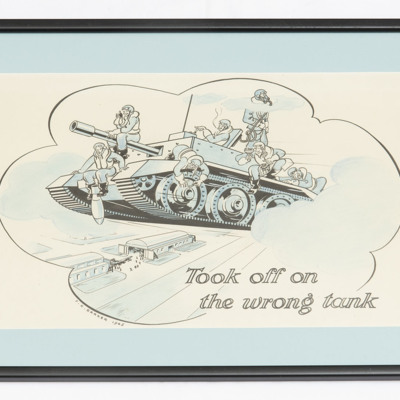 Aircrew riding on an armoured tank talking off with airfield below. All seven aircrew positions are represented.

Some hours later the undercarriage collapsed 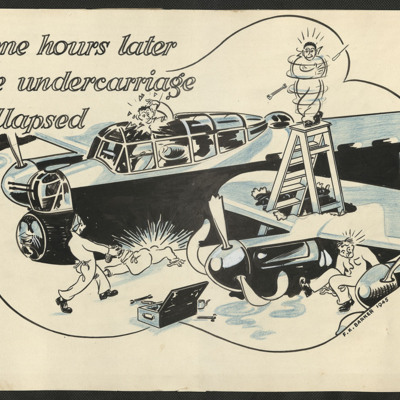 Four engine bomber with undercarriage collapsed with figures of men caught in various predicaments caused by the event. On the reverse '35b Undercarriage lever'. 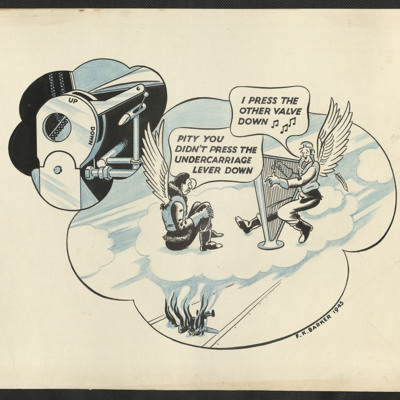 Two aircrew angels discussing matters on a cloud. One saying 'Pity you didn't press the undercarriage lever down and the other singing 'I press the other valve down'.

Started up without permission 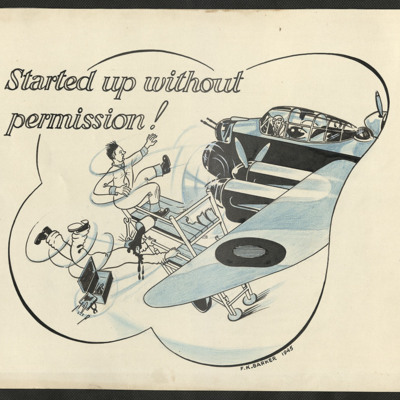 Cartoon showing front of a four engine bomber with port outer engine started and blowing two men off a gantry to front. Pilot looks out of cockpit window. On the reverse 'Taxying'.

Held on to the throttles 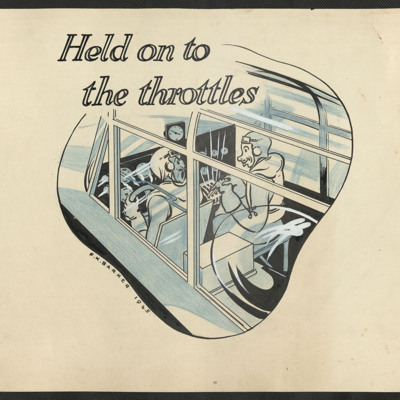 Cartoon showing cockpit with pilot on left shouting at the airman on the right who is holding the throttles. 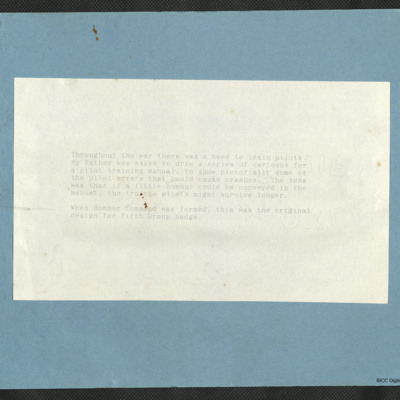 Explains that Frank Barker was asked to draw a series of cartoons for a pilot training manual. Cartoons to show pilot errors with humour.
View all 12 items