20 items. Album containing photographs and documents relating to Homer Lawson's service in the UK and India. 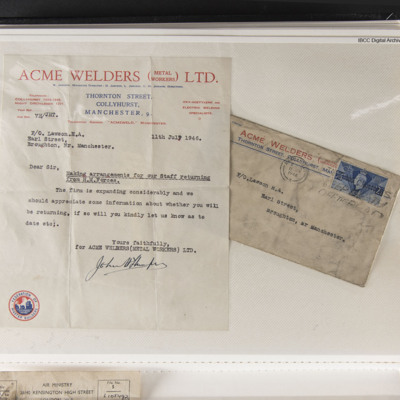 A letter to Homer asking him to return to work 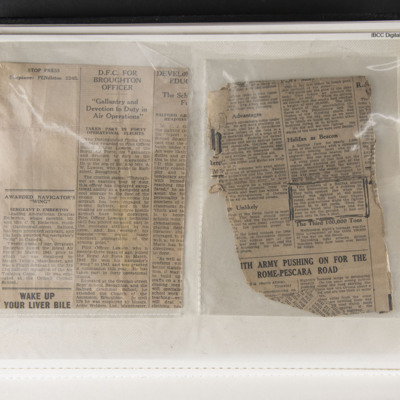 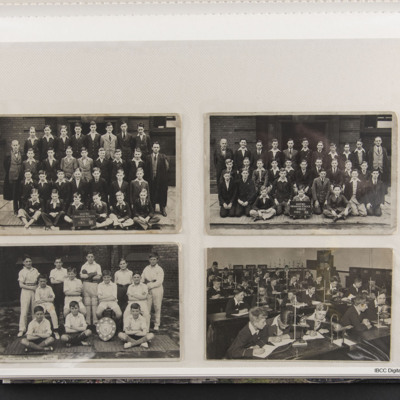 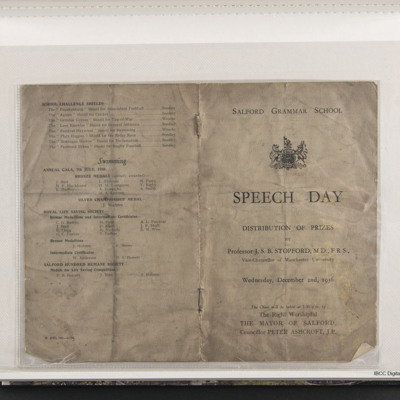 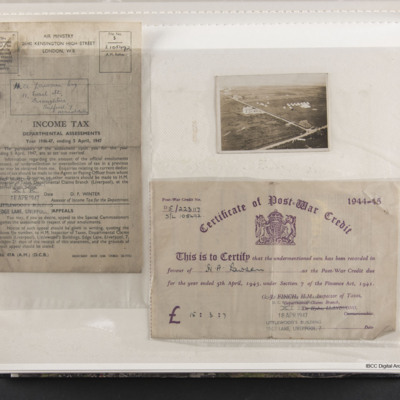 Three items from a photo album.
Item 1 is Homer's Income Tax Assessment for April 1947.
Item 2 is an aerial photo of a camp of bell tents and a marquee.
Item 3 is a Certificate of Post War Credit for £15 :3:7 issued to Homer in April 1947. 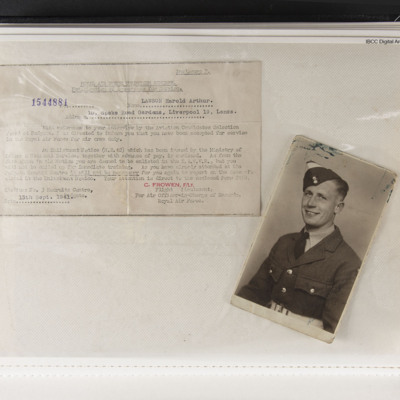 Two items from a photo album.
Item 1 is Homer's Notification of Acceptance for Service in the RAF Volunteer Reserve.
Item 2 is a half-length portrait of Homer in trainee's uniform. 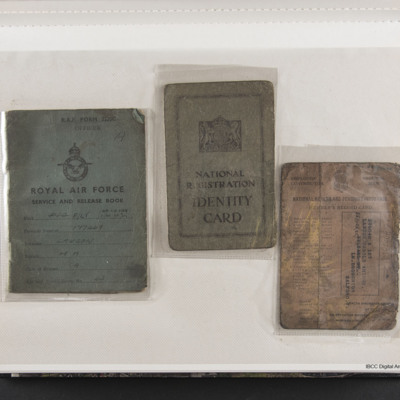 Three documents issued to Homer Lawson.
Item 1 is his Service and Release Book.
Item 2 is his National Identity Card.
Item 3 is his Pension Record Card. 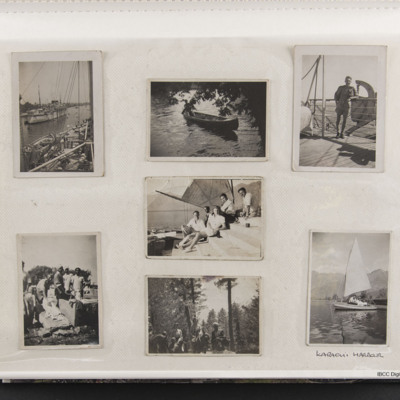 Seven photographs from an album.
Photo 1 is a passenger ship taken from another ship.
Photo 2 is a man in a canoe.
Photo 3 is Homer Lawson on a ship. He is wearing khaki and in shorts.
Photo 4 is four men and a woman sitting on steps. Behind are… 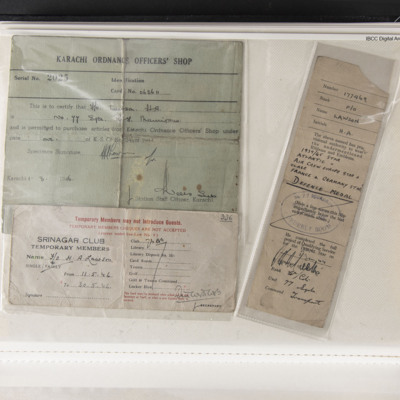 Three items from a photo album.
Item 1 is Homer's card from the Karachi Ordnance Officers' Shop.
Item 2 is a slip allowing Homer to wear five medals.
Item 3 is Homer's temporary members card for the Srinagar Club. 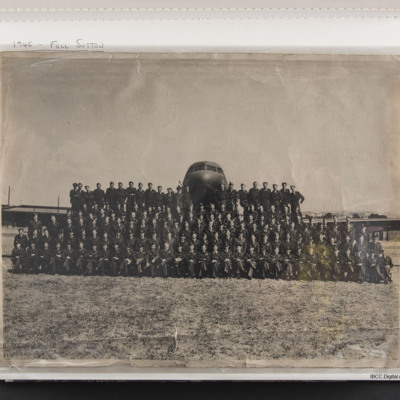 A large group of airmen arranged in six rows in front and on top of a Dakota.

Post Office Savings Book and letter from the King

Two items from a photo album.
Item 1 is a Post Office Saving Bank book issued at RAF Melbourne, York.
Item 2 is a letter to Homer from the King. He regrets not being able to give him personally his DFC. It is annotated 'Original held with the DFC… 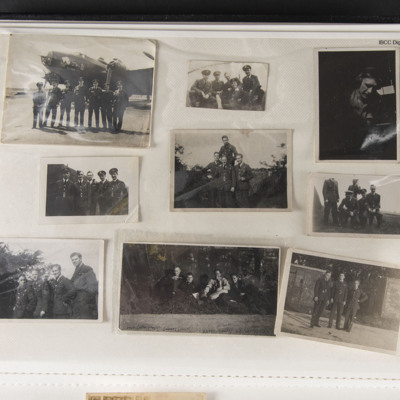 A large group of airmen arranged in four rows in front of an aircraft. Captioned '1945 Full Sutton'.

The group is arranged in three rows. It is captioned 'No 4 Flight No 1 Squadron 10 ITW RAF May 1942'. Underneath each individual is named.
The image is taken at the Manor Hotel in Scarborough. 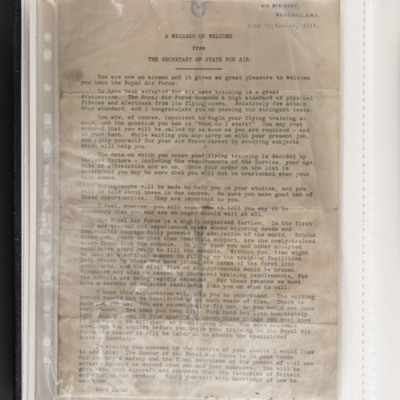 A message from the RAF welcoming Homer Lawson into the RAF.

Seven images from a photo album.
Photo 1 is three airmen and two airwomen sitting on the grass in front of a hut.
Photo 2 is seven airmen dressed in flying kit. Homer Lawson is identified with a cross. They are standing on a flat roof in front of a…

Photo 1 and 3 are half-length portraits of Homer Lawson wearing first an observer then a navigator brevet.
Item 2 is a 10 squadron cloth crest.
Photo 4 is a group of 12 airmen arranged in front of their Halifax. 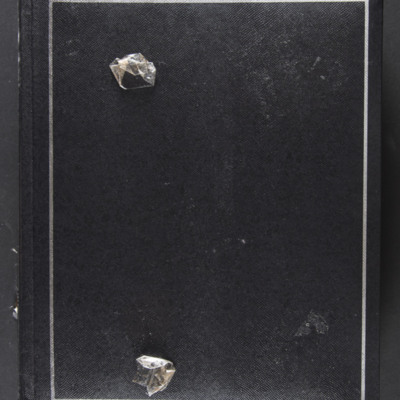 Front and back covers of a photo album.
View all 20 items