Five items. The collection concerns Flight Lieutenant F C Jenkins (1920 - 2000) and contains his log book, biography and three photographs. He flew a total of 56 operations as a navigator with 149, 148 and 271 Squadrons.
The collection has been loaned to the IBCC Digital Archive for digitisation by Kevin Jenkins and catalogued by Barry Hunter. 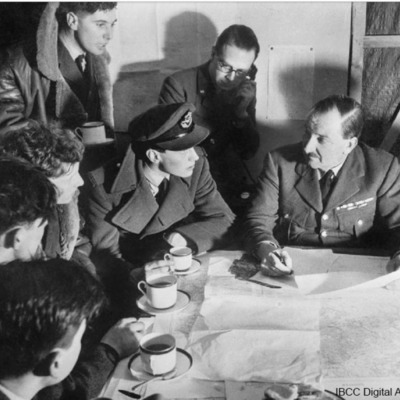 Seven airmen arranged round a table with an officer and a map. On the table are cups of tea. A group of aircrew and ground personnel arranged in four rows. Each man is named in the caption. 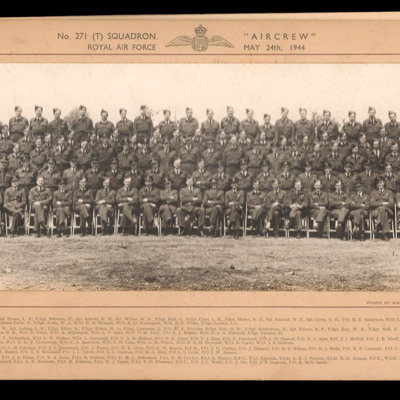 Large group of airmen arranged in five rows. Each individual is identified in the caption. 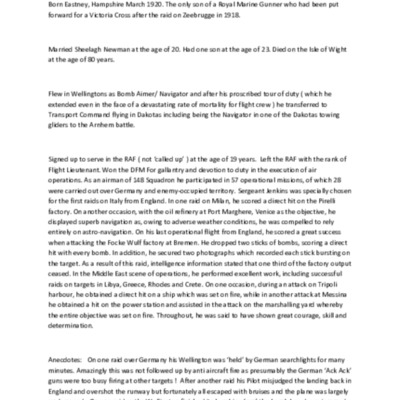 A biography of FC Jenkins. It covers his birth and marriage but concentrates on his RAF years. He took part in 58 operations and survived the war to continue in RAF service.