140 items. The collection concerns Warrant Officer Arthur Pearce (1874945 Royal Air Force) He served as an air gunner with 12, 170 and 156 (Pathfinder) Squadrons and completed a 44 operations. After the war, on 35 Squadron he took part in the June 1946 Victory flypast over London and a goodwill visit to the United States. It contains his diaries, memorabilia and photographs.

The collection also contains an album concerning his post war activity with the Goodwill tour of the United States. 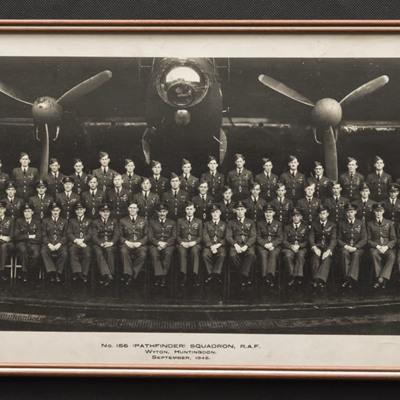 Aircrew from 156 Squadron in three rows in front of a Lancaster. Captioned 'No 156 (Pathfinder) Squadron, RAF Wyton, Huntingdon, September 1945' 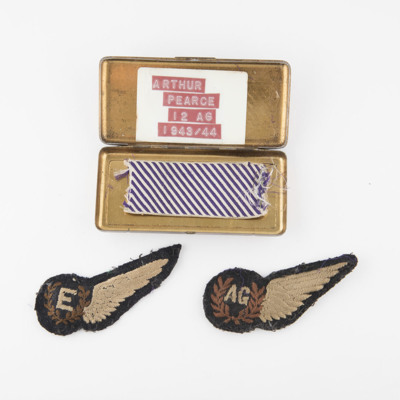 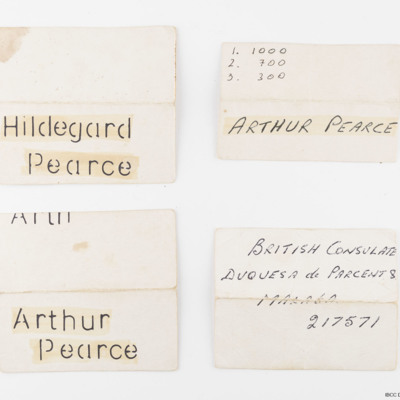 Labels for Arthur and Hilegard Pearce, including an address 'British Consulate, Duquesa de Parcent 8, Malaga 217571'.
Stencilled and written on the back of a Fortuna Cigarette packet. 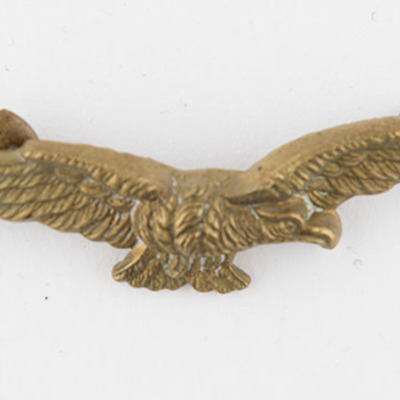 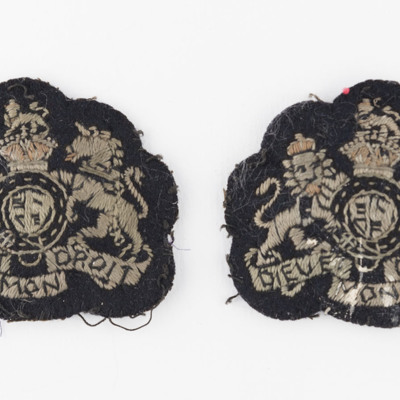 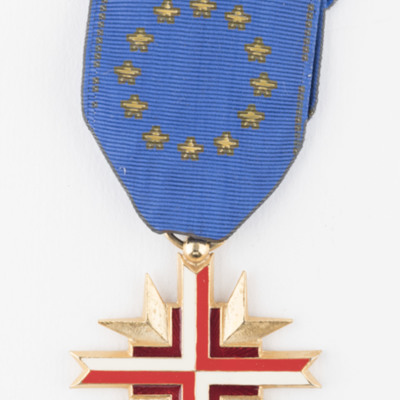 Medal with blue ribbon with European star circle emblem. Front and back views. 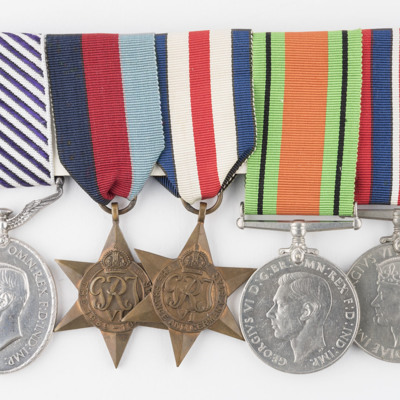 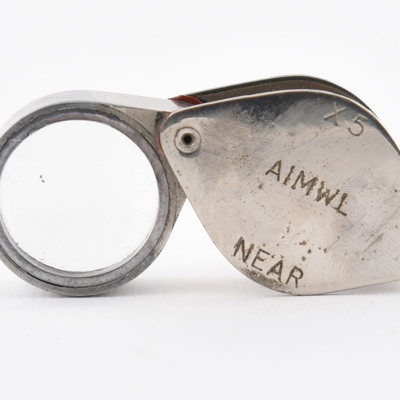 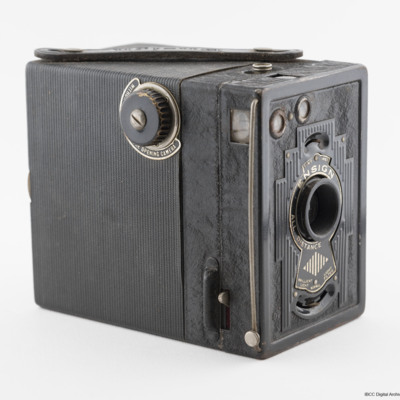 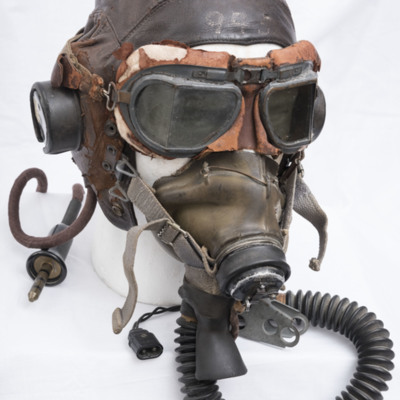 Leather flying helmet with oxygen mask and tube and goggles. Intercom connection lead at rear. Close up of earpiece headphone and intercom connector.

View from rear of aircraft pointing towards horizon. Door is open and iron cross on starboard side. In the distance to the right a tall building with turrets. 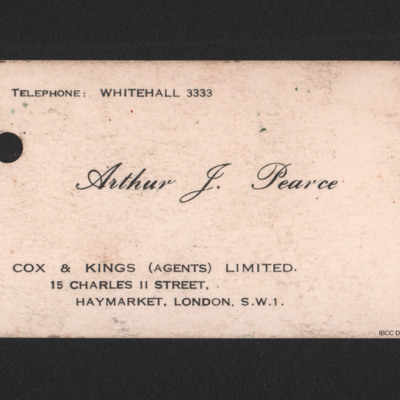 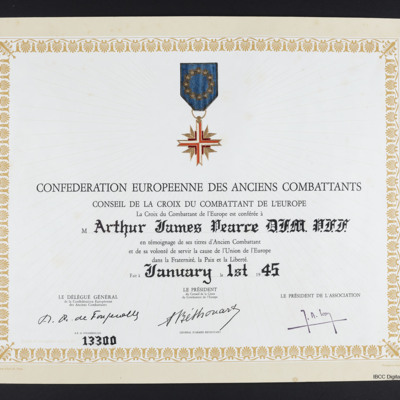 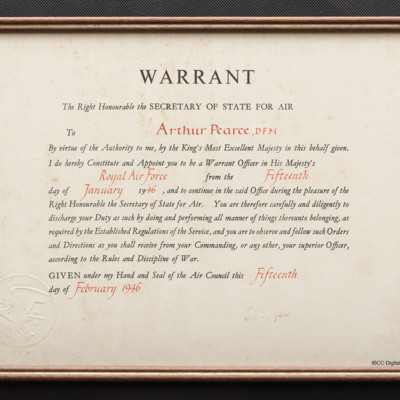 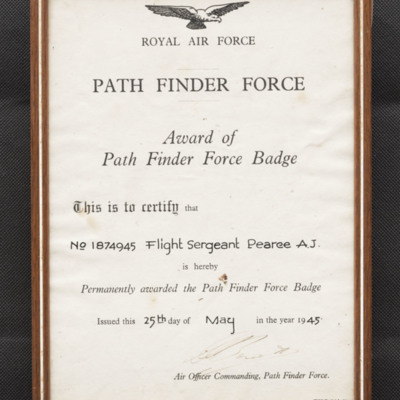 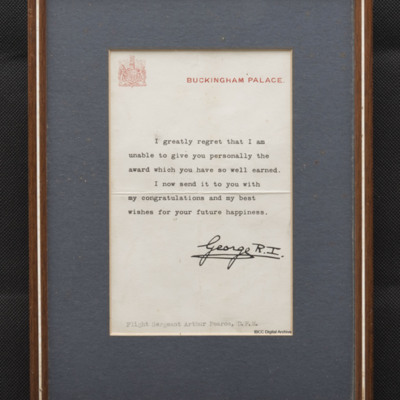 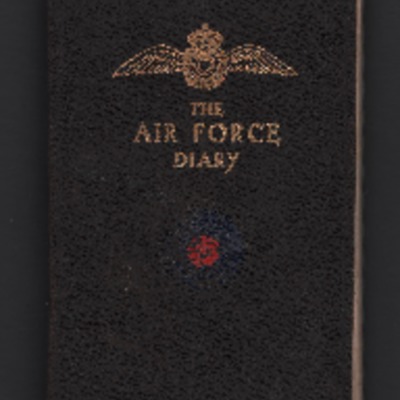 Some personal data and a list of operations with heights. Entries for flying days, Operations January to April 1945, Mentions leave, birthdays, train times, days out, events, news of friends and acquaintances, meetings and parties, hospital… 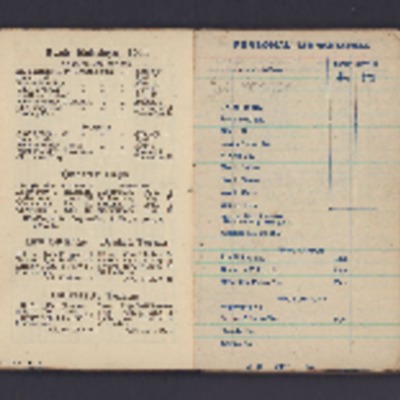 Memorandum items addresses of friends and acquaintances, mentions many days/evenings out and what sort of time he had in Belfast, Lincoln, Gainsborough and many others. Mentions various journeys and postings, lists birthdays. Jots down daily… 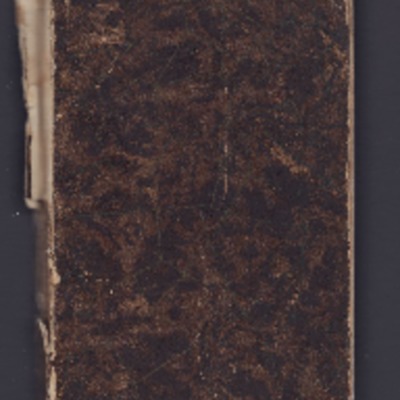 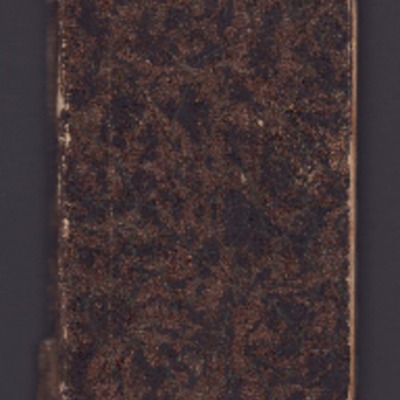 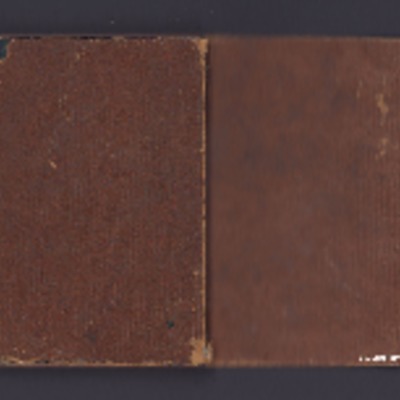