22 Items. The collection concerns Flight Sergeant Walter John Smith (1141900, Royal Air Force) and contains his log book and photographs. He flew 51 operations as a flight engineer with 12 and 463 Squadrons.

The collection has been donated to the IBCC Digital Archive by Andy Smith and catalogued by Barry Hunter. 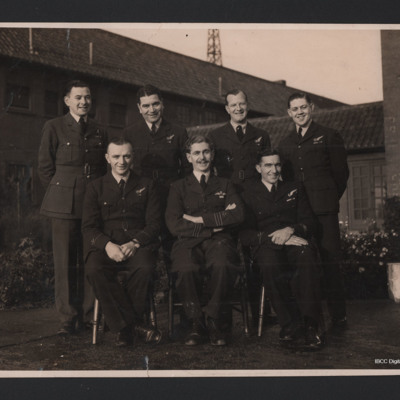 A group of seven airmen with Walter Smith standing at the extreme left at the back. Bill Radford is seated in the centre. Behind are RAF buildings. 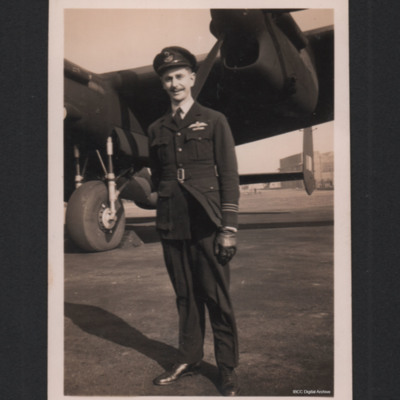 Walter Smith and his bride 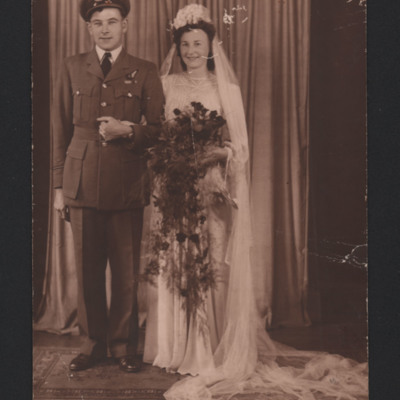 Walter and his bride on their wedding day. He is in his RAF uniform and she is wearing a long white dress and is carrying a floral bouquet. 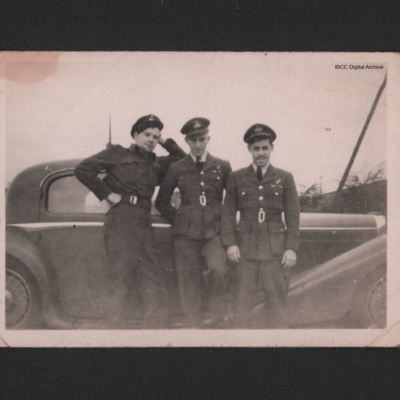 Three airmen positioned in front of a saloon car. On the reverse 'L-R F/O WH Smith'. Walter is on the left.

Walter Smith on a motorbike 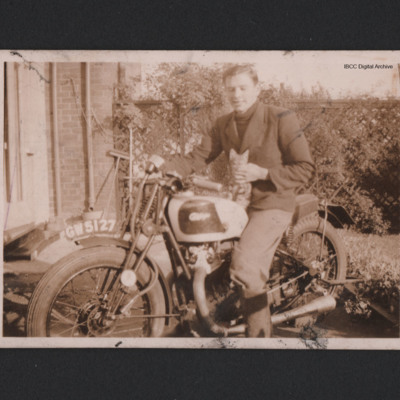 Walter Smith in civilian clothes on a modified Norton Model 20, registration GW5127. He is holding a cat. Behind is a garden and the side of a house. 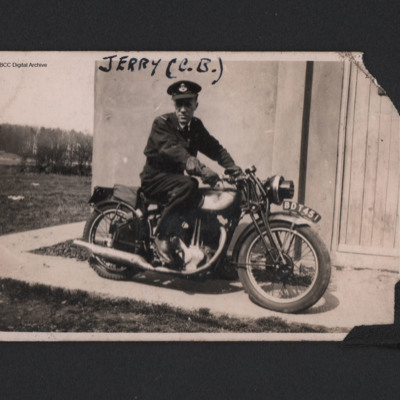 An airman sitting on a Norton motorbike, registration BTD451. Behind is a concrete building. It is annotated 'Jerry (C.B.)'. 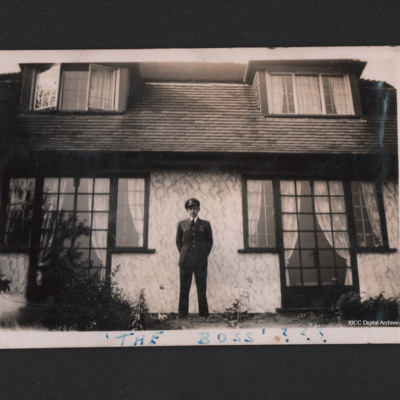 An airman standing in front of a two storey house. It is annotated 'The Boss ???' 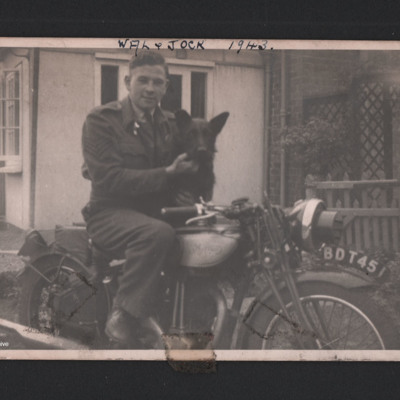 Sergeant Walter Smith, in uniform, seated on a Norton motorbike holding a small dog. The registration of the bike is BDT451. It is annotated 'Wal & Jock 1943'. 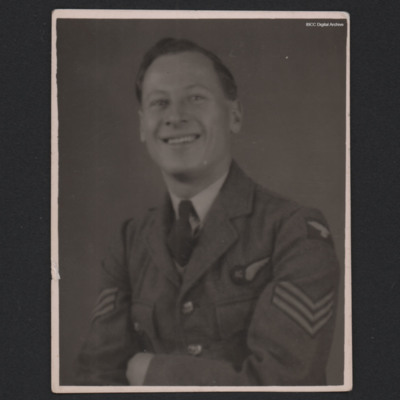 Head and shoulders portrait of Walter Smith. His uniform has an air gunner brevet. 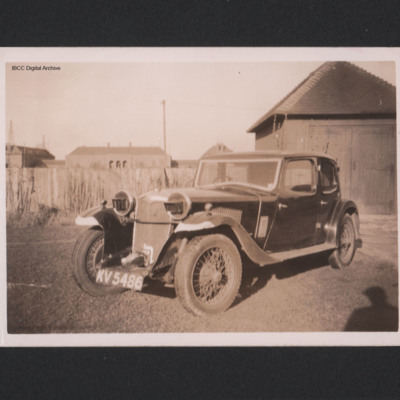 A Riley Kestrel saloon car with a soft top and blackout headlights, registration KV5486. Behind is a garage and a fence. 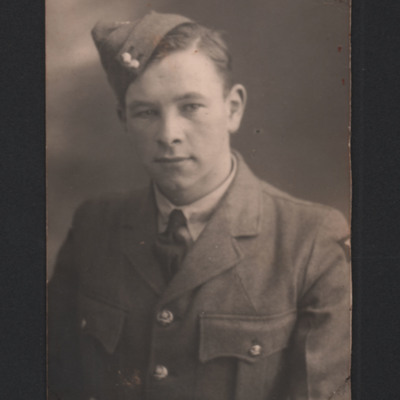 Half length portrait of Walter Smith in RAF uniform. 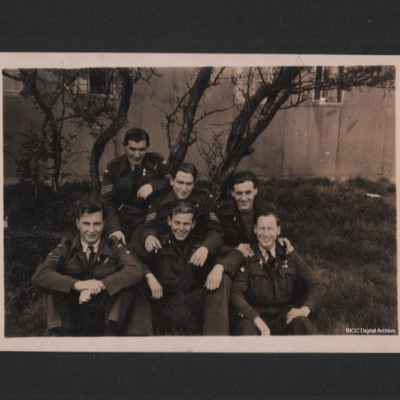 Six airmen in two rows, sitting on the grass in front of a concrete building. 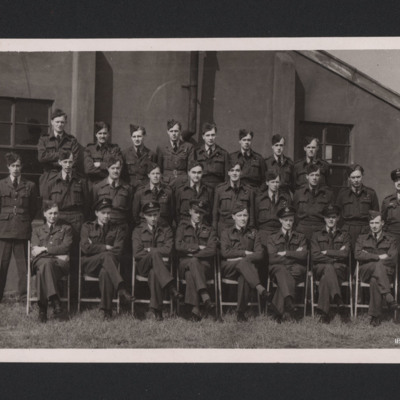 26 airmen arranged in three rows in front of a concrete hut. 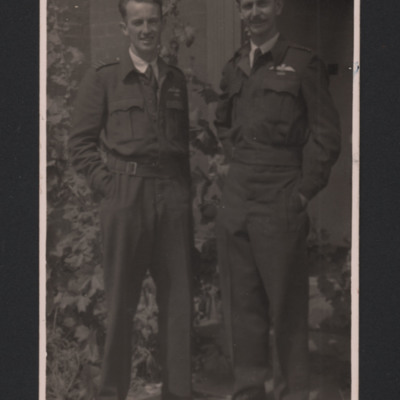 Two airmen standing in uniform with their hands in their pockets. On the reverse is handwritten -
'L Dos Sullivan A
R Bill Radford B
10 Oct '44'.

Airman and a woman 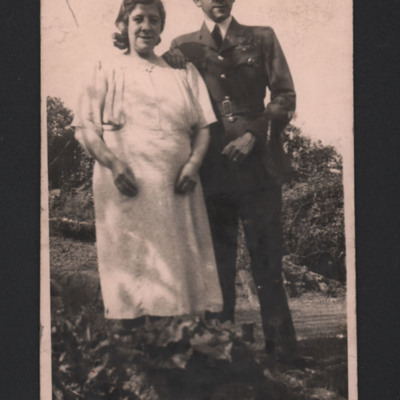 Full length portrait of an airman with a woman. He is wearing an RAF uniform and she is a civilian. They are standing in a garden. 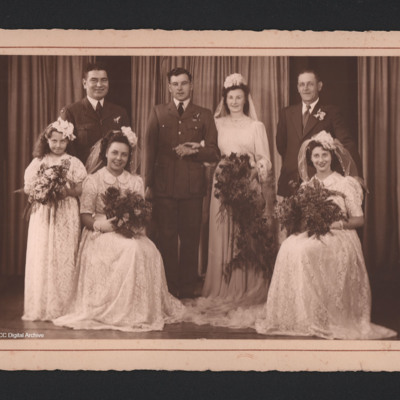 Bride, groom, three bridesmaids, bestman and father of the bride. The groom and bestman are in RAF uniform. 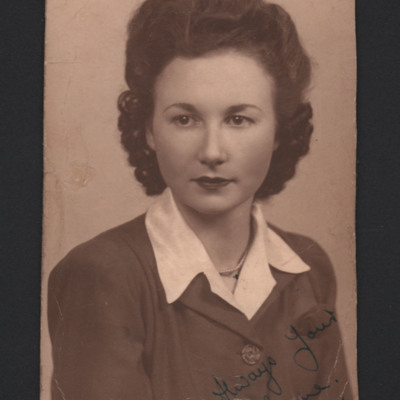 A head and shoulders portrait of a woman. It is annotated 'Always Your Irene x x x'. On the reverse are handwritten names and addresses, signatures and telephone numbers. 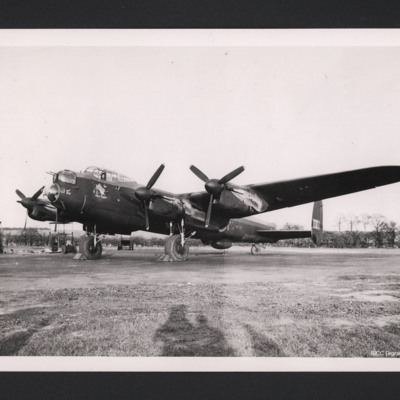 A side view of a Lancaster on the ground. Behind are access stands. 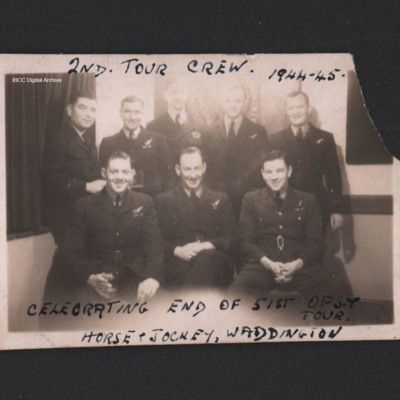 A group of eight airmen, the front row seated , the four at the back standing. It is annotated '2nd Tour Crew 1944-45. Celebrating End of 51st Ops.& Tour Horse & Jockey, Waddington'. 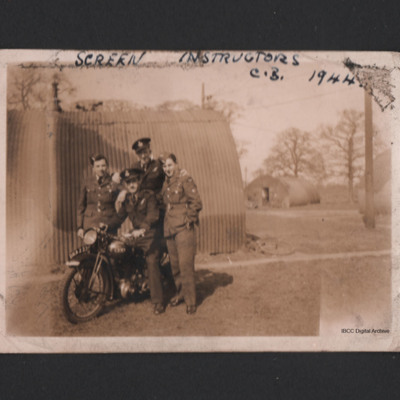 A group of four airmen, one sitting on a a civilian BSA motorcycle. Behind are Nissen huts. It is annotated 'Screen Instructors C.B. 1944'. 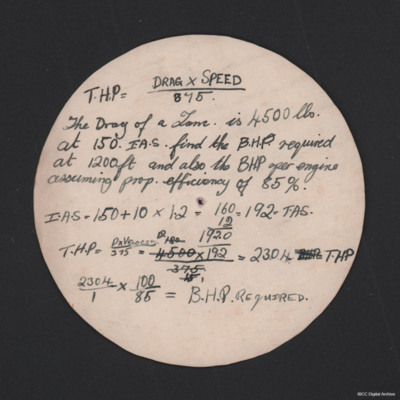 A homemade circular scale rule for calculating True Horse Power. On one side is a worked example complete with crossing outs and on the other are the different inputs required. The marker needles are missing.