14 Items. The collection concerns Ronald Hartley Bailey (b.1925) and includes his log book, photographs including three of aircrew working inside a Stirling, two service caps and an unofficial Bomber Command Medal. He flew a tour of 35 operations as a flight engineer with 425 Squadron from RAF Tholthorpe.

The collection has been loaned to the IBCC Digital Archive for digitisation by Amanda Berry and catalogued by Barry Hunter. 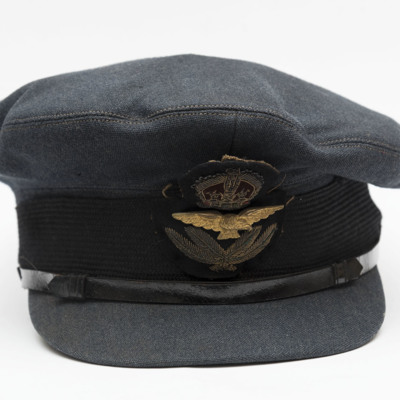 A peaked cap issued to Ronald Bailey when he served in the RAF. 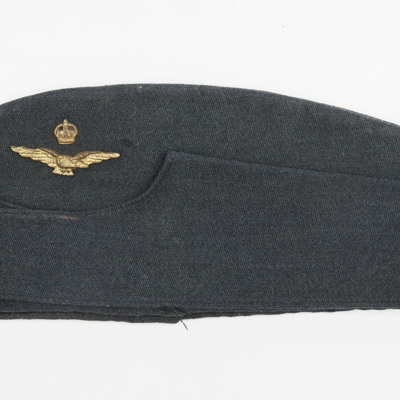 A side cap issued to Ronald Bailey 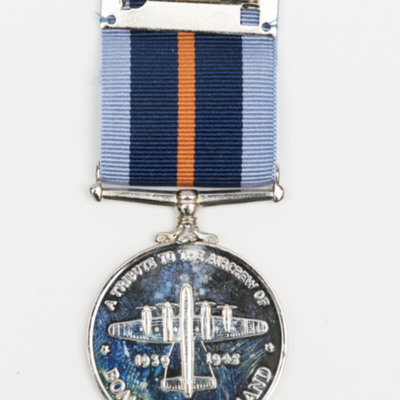 A commemorative medal for airmen who served in Bomber Command. Both sides of the medal are shown together with a label describing the medal and giving address of the distributor. 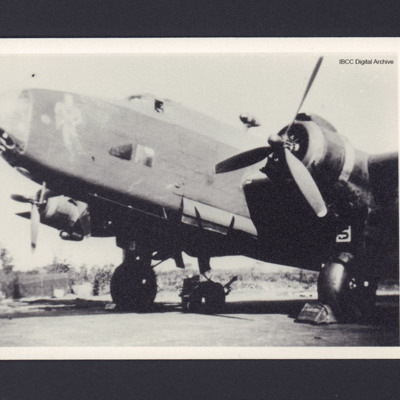 The nose of a Halifax bomber. It has a code 'S' on the undercarriage flap. There is nose art of a figure. The aircraft has chocks under the main wheels. On the reverse is 'Ronald Bailey'. 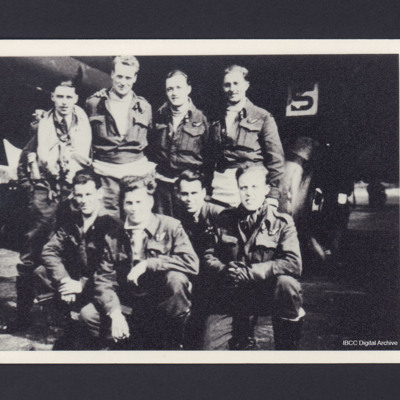 Eight airmen arranged in two rows in front of a Halifax. The letter S is visible on the landing gear. One airman is wearing a Mae West. On the reverse 'Ronald Bailey'. 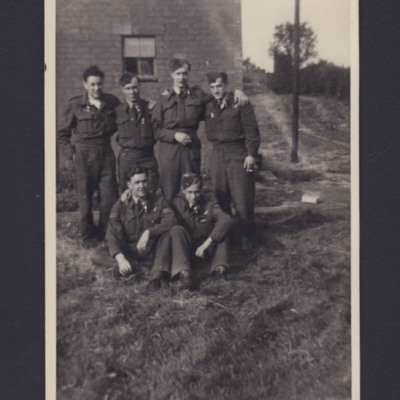 A group of six airmen including Ronald Bailey. Four are standing, two seated. Behind is a brick building and a telegraph pole. One the reverse 'Ronald Bailey'. 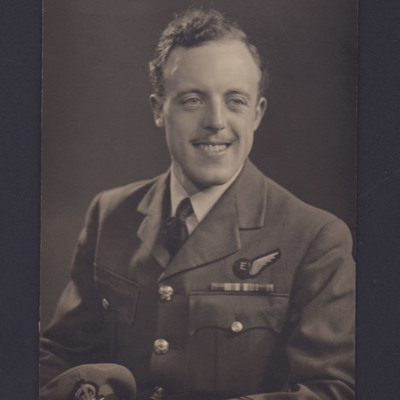 A half length portrait of Ronald Bailey in uniform with a flight engineer's brevet. He is holding his cap. On the reverse 'Ronald Bailey'. 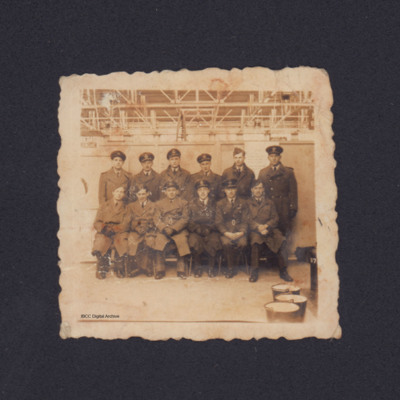 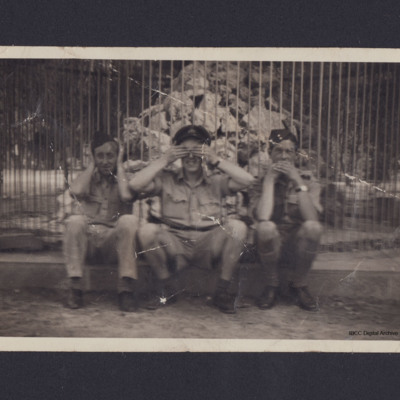 Three airmen in tropical uniform sitting in front of a cage. One holding his ears, the middle with hands over his eyes and the third with his hands covering his mouth. On the reverse 'Three Wise Monkeys. Cliff. Me. Allan.' There are scribbles and…

Ronald Bailey on the beach 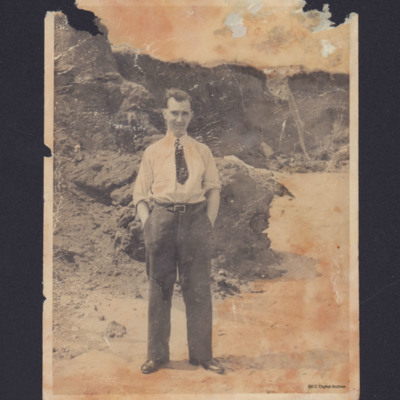 Airman in an astrodome 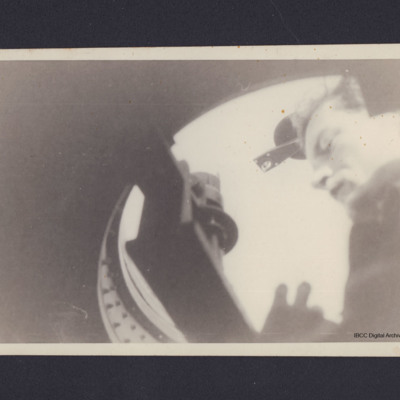 An airman in an astrodome. 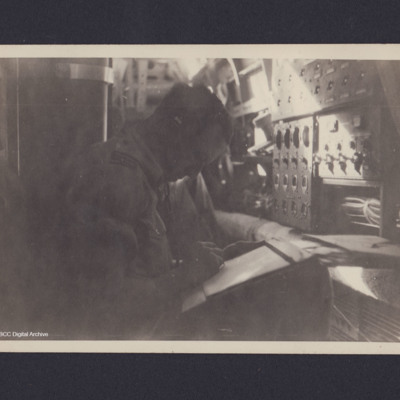 An airman taking notes on a pad. 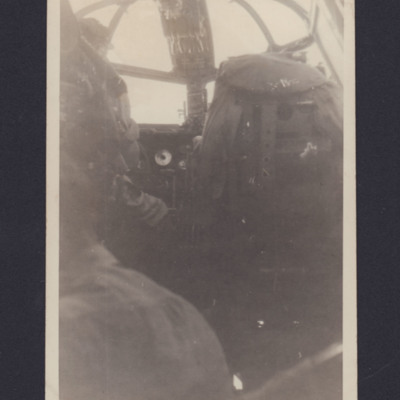 The cockpit of a Stirling viewed from slightly aft.