The collection has been donated to the IBCC Digital Archive for digitisation by Liz Eady and catalogued by Terry Hancock.

Elizabeth Eady grew up in Leicestershire and worked in a factory manufacturing parachutes before she joined the Women's Auxiliary Air Force. After her training, she served as a telephonist at RAF Skellingthorpe and RAF Waddington. She was discharged… 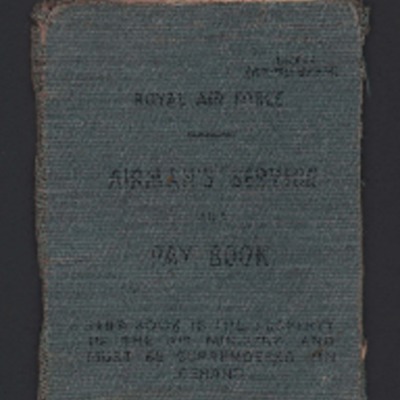 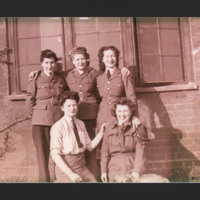 Five Women’s Auxiliary Air Force personnel, three standing and two crouched, are in front of a brick building. One is without tunic, another wears non-standard headscarf. A dog is partially visible. On the reverse:
'RAF
Waddington
May 1945… 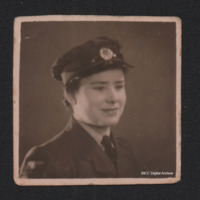 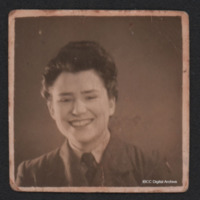 Head and shoulders portrait of Liz Eady in Women’s Auxiliary Air Force uniform, looking at the camera. She is wearing shirt, tie, and tunic.
View all 5 items