Seven items. An oral history interview with Elizabeth Tyler (b.1952), five photographs and a postcard to Mrs Margaret Tyler,

The collection has been loaned to the IBCC Digital Archive for digitisation by Elizabeth Tyler and catalogued by Barry Hunter. 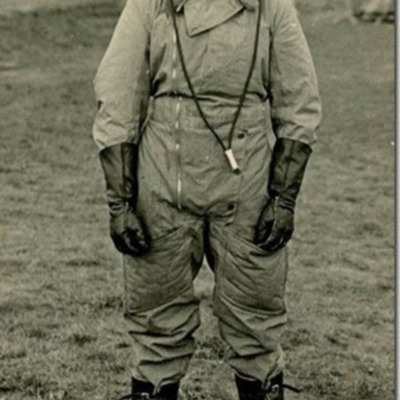 An airman identified as John Evans ??? [sic], nephew of Margaret Pridmore at Manor Farm. He is dressed in a sidcot suit. A tent is visible in the distance. 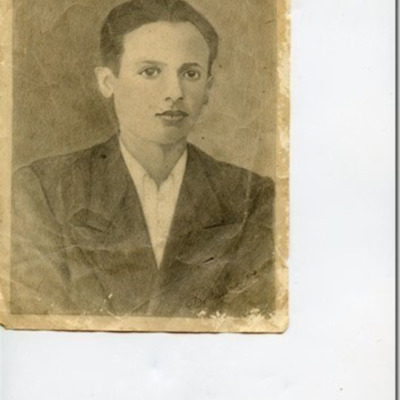 Margaret Tyler on a tractor, binding 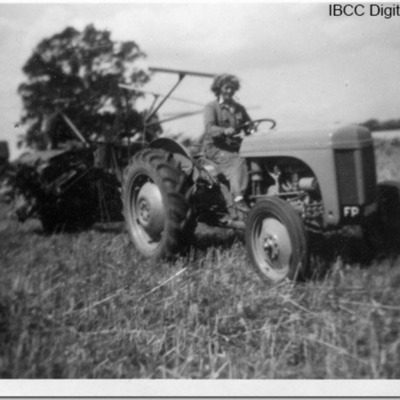 Margaret Tyler on a tractor with a prisoner of war 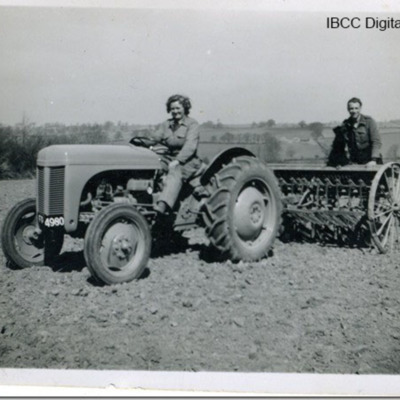 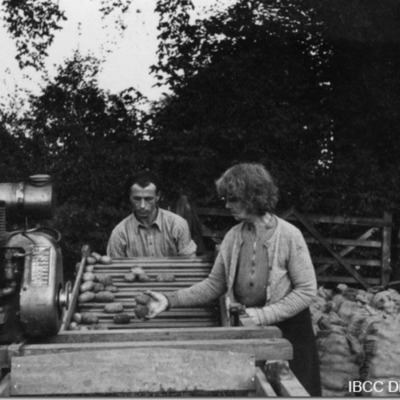 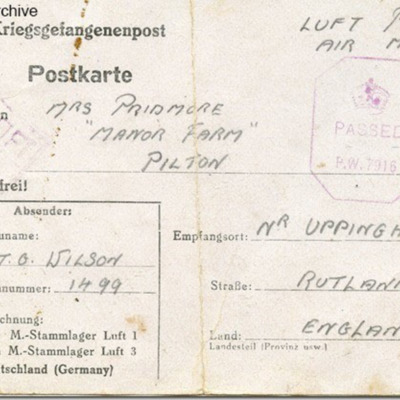 A postcard to Mrs Pridmore from Pilot Officer Graham Wilson, a prisoner of war. He talks of the weather and missing being in England.

Elizabeth Anne Tyler talks about her family’s farmland, its history and when it was purchased by the Air Force for the construction of RAF North Luffenham. Mentions various episodes of wartime life around Edith Weston, as reported by family members…
View all 7 items