116 items. Concerns Flight Sergeant Albion John Turner (1911 - 1939, 561939 Royal Air Force) who joined the RAF as an apprentice in 1927. After service as a fitter he re-mustered as a pilot in 1935 and after training served on 216 Squadron flying Vickers Victoria and Valentia before moving to 9 Squadron on Handley Page Heyfords in 1936. He converted to Wellingtons February 1939 and was killed when his aircraft was shot down on 4 September 1939 during operations against shipping at Brunsbüttel. Collection consists of an oral history interview with Penny Turner his daughter (b. 1938), correspondence, official documents, his logbook and photographs.

John Turner in cockpit of an Avro 504N 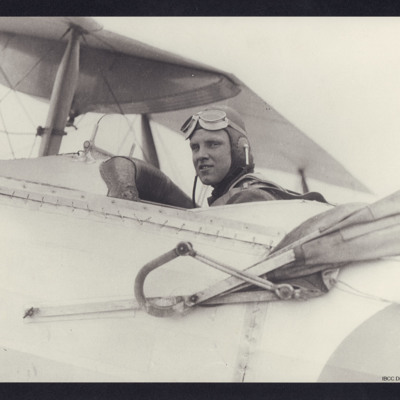 An airman wearing flying helmet and goggles in the cockpit of a biplane with blind flying hood folded down. On the reverse 'John Turner, Penny and Carols dad'. 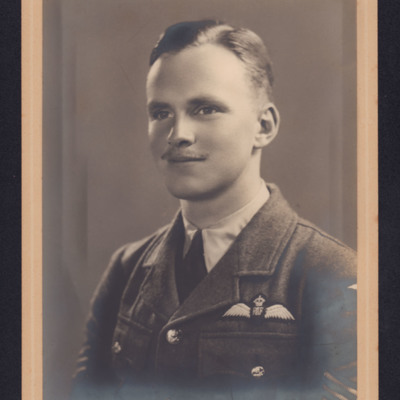 Head and shoulders portrait of a pilot wearing tunic with brevet.

A man two women and a baby sitting on a bench 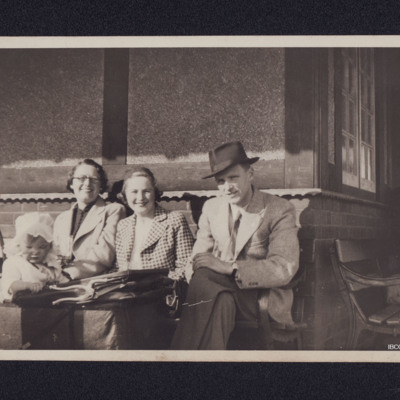 On the left a baby in white dress and bonnet sits in a pram. On the left a woman with jacket wearing glasses holds the baby. In the centre Kaye Turner wearing check jacket. On the right John Turner wearing jacket, tie and hat. Adults are sitting on a… 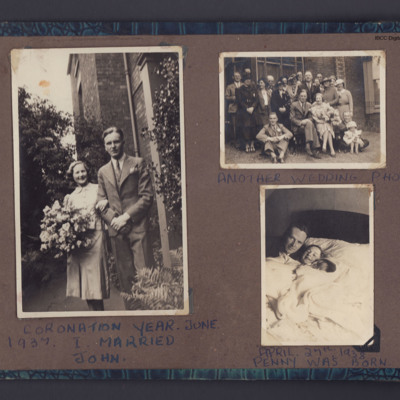 Left side - a woman standing on left holding a wedding bouquet arm in arm with a man wearing suit and tie. In the background a church, Captioned 'Coronation year, June 1937, I married John'. Top right a group wedding photograph with bride and groom… 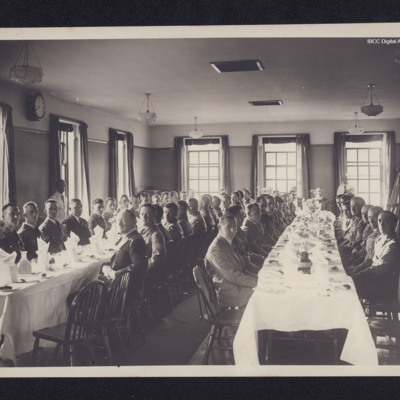 Two long tables with formal place settings with sergeants and some civilians sitting either side. Along the walls are large windows and on the wall on the left a clock. 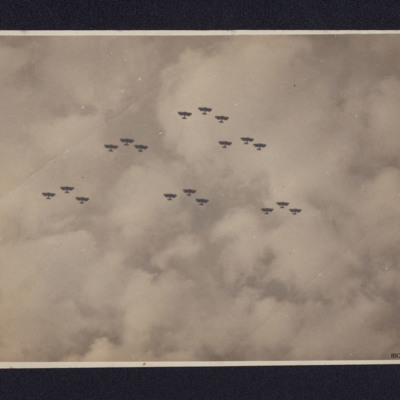 Eighteen biplanes in formations of threes formed in a triangle of vics taken from below. Above are clouds.

Group of airmen in front of a Lancaster 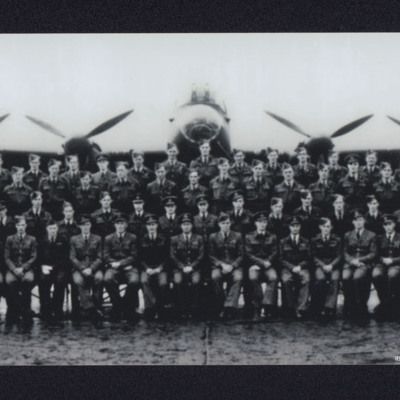 A large group of airmen in mixture of uniforms sitting and standing in four rows in front of a Lancaster. 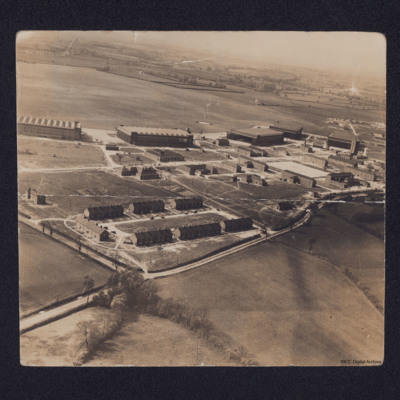 Oblique aerial photograph of a Royal Air Force station and airfield with quarters centre bottom, hangars across the centre with station buildings in front. Beyond is grass airfield. On the reverse a key to locations on the airfield including 'John's…

Group of pilots in front of a Handley Page Heyford 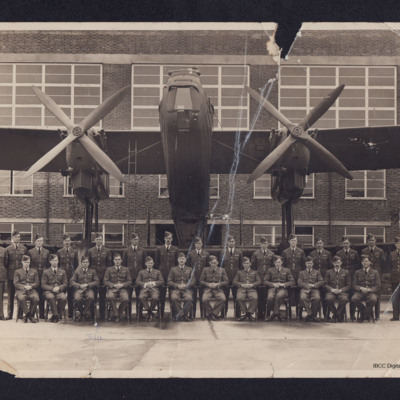 Twenty seven pilots sitting and standing in two rows. Unlike all the others the flight sergeant on the left side in back row does not have pilot's brevet. All are wearing tunic with side cap. Behind is a Handley Page Heyford bomber. In the…

Group of airmen in front of an Armstrong Whitworth Atlas 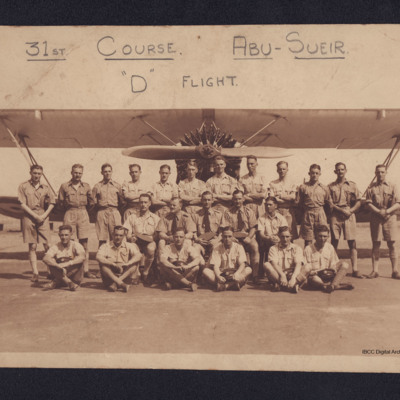 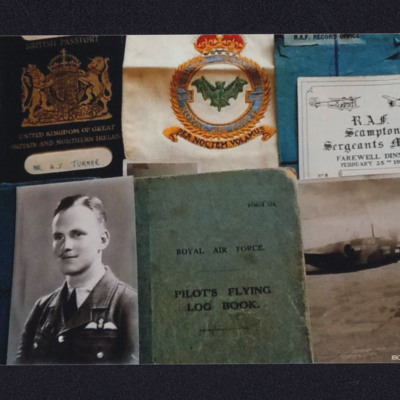 View of collection of documents including log book and passport along with 9 Squadron Badge and photographs of John Turner and a Wellington airbourne. 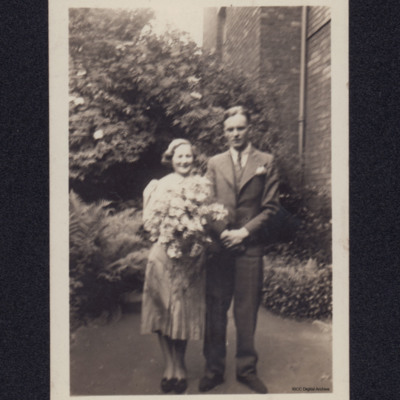 On the left a woman in light dress carrying a bouquet of flowers. On the right a man wearing suit and tie. In the background a brick building on the right and bushes on the left. 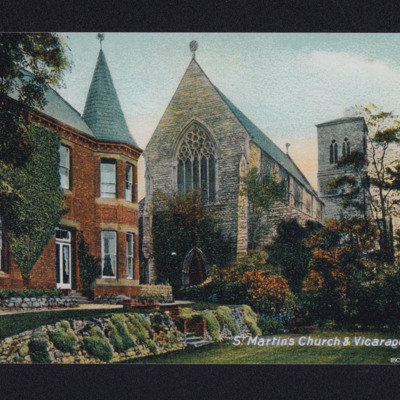 On the left a brick house with conical tower over bay windows. On the right a church with tower on right. In front a rockery and garden. Title at the bottom 'St Martin's Church & Vicarage, Lincoln'.

Wedding picture with family and friends 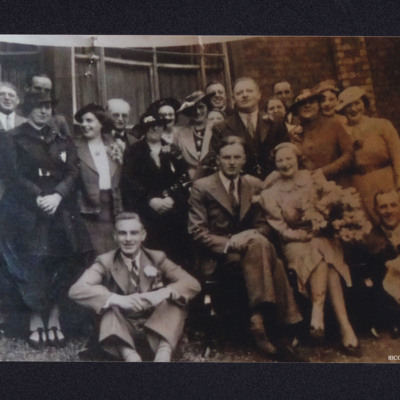 John and Kaye Turner sitting slightly right of centre in front surrounded by other members of wedding party. Taken in garden with house in background. Kaye Turner is holding Bouquet of flowers. 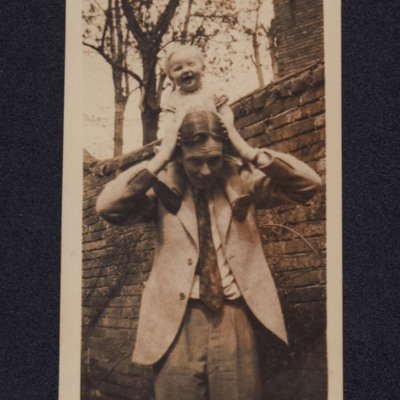 A man wearing jacket and tie stands with a baby on his shoulders in front of a brick wall. On the reverse 'Daddy, ? last pic with dad!'. 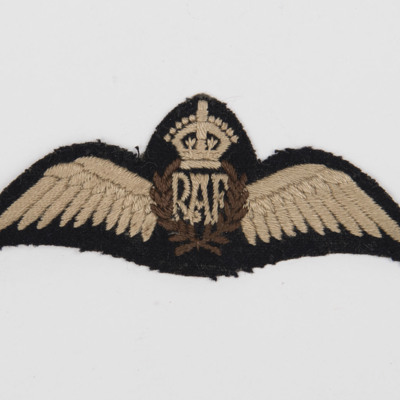 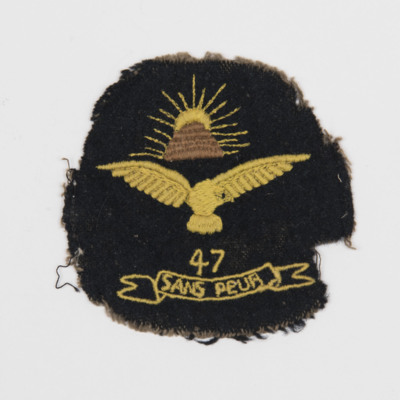 At top a pyramid with sun rising behind. In centre an eagle, below 47 at bottom a motto, 'Sans Peur'. 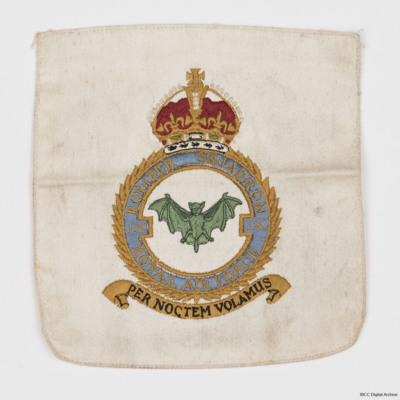 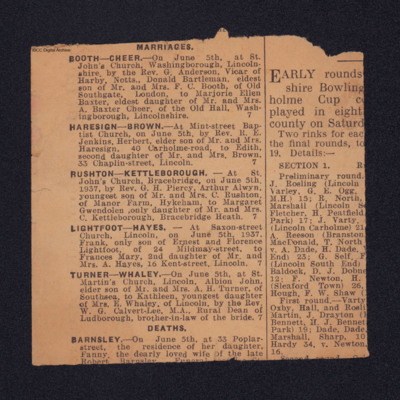 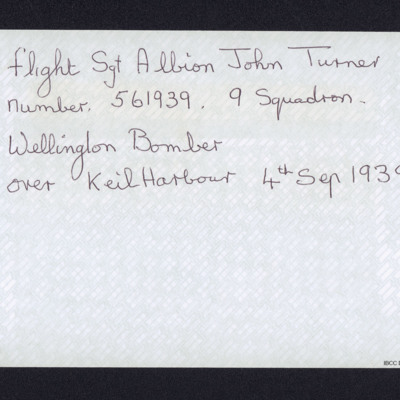 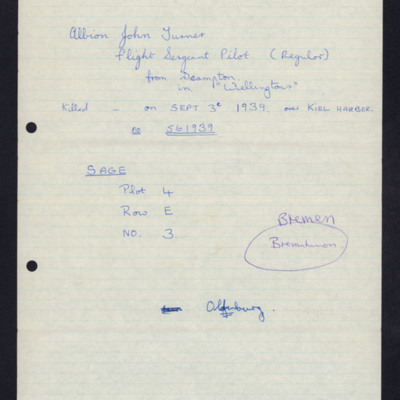 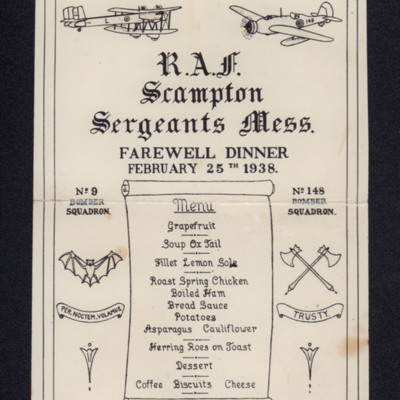 Menu with drawing of Handley Page Heyford and Vickers Wellesley at top. 9 Squadron bat symbol and motto on left and 148 Squadron crossed axes and motto on the right. Menu in the centre for Sergeants Mess farewell dinner on 25 February 1938. 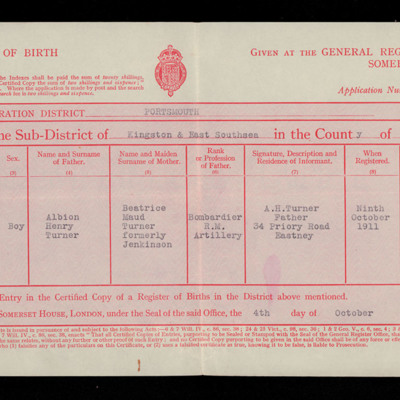 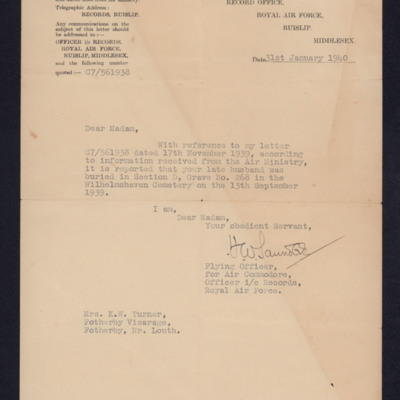 Letter informing her that her late husband was buried in section D, grave no, 268 in Wilhelmshaven cemetery on 13 September 1939. 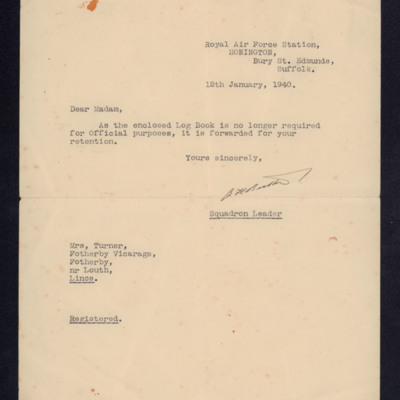 Letter covering the return of John Turner's log book which is no longer required by the Royal Air Force.
View all 116 items