A letter returned by the Postal Censor. John Carter had sent a drawing to his Uncle Bill but the censor did not approve it. 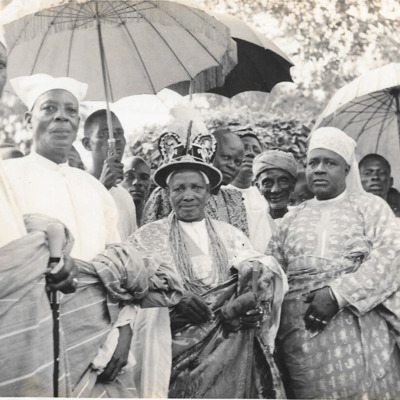 A group of Nigerians, one wearing a crown.

The House in Isleham 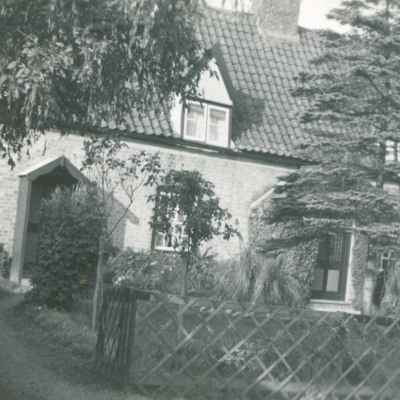 A two storey house with mature trees in the garden. 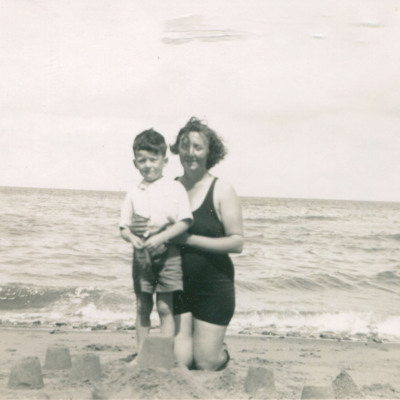 Mother and son at the beach. 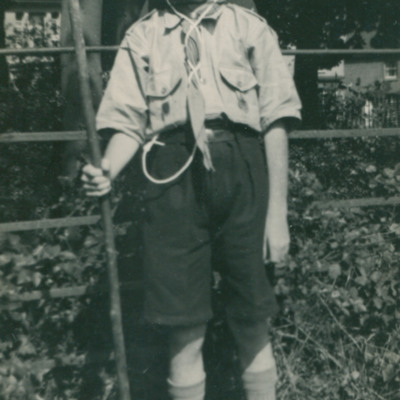 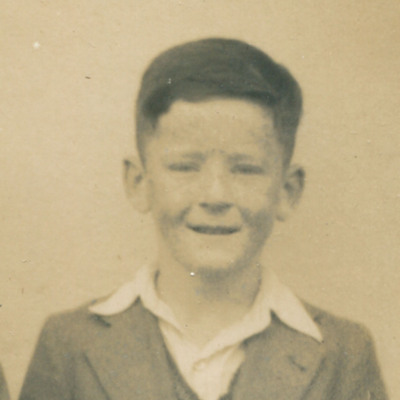 A half length portrait of Roy Saunders, aged eight. 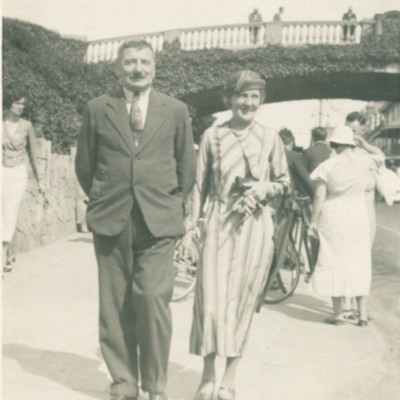 The couple are walking along a street, behind is an ivy covered bridge. 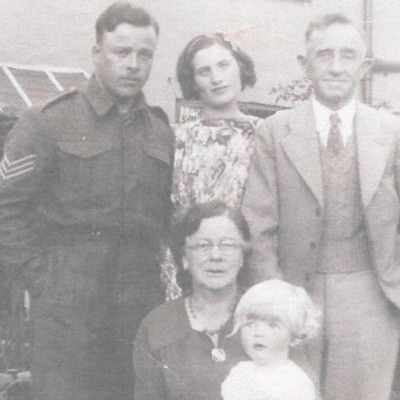 A family group with two men, two women and a child. One man is in uniform with sergeant's stripes. 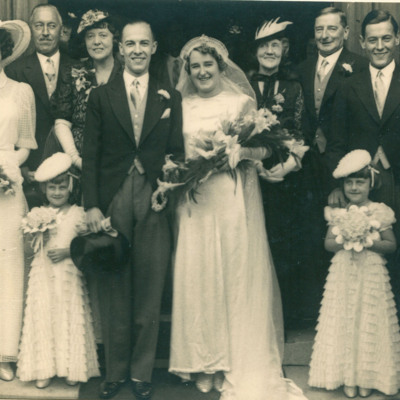 Ken and Grace (nee Foreshaw) on their wedding day, with Honor Carter, bridesmaid, two flower girls, bestman and their parents. 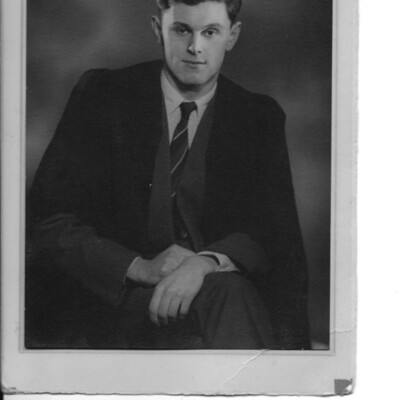 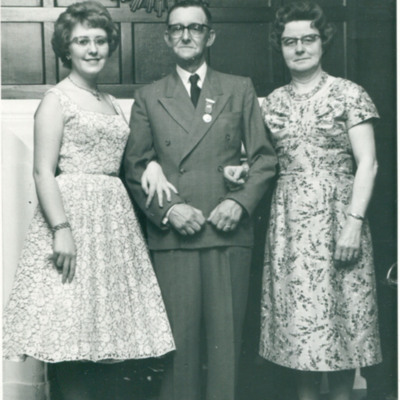 The three are standing in their best clothes in front of a panelled wall with an ornamental clock. 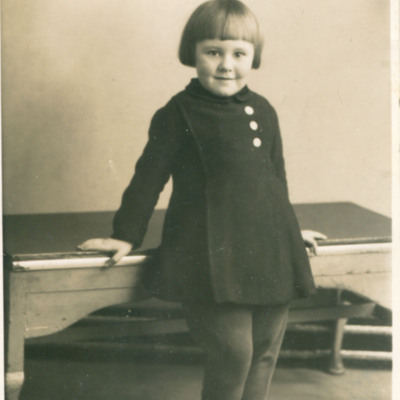 A full length portrait of Jill aged three. She is leaning against a low desk. 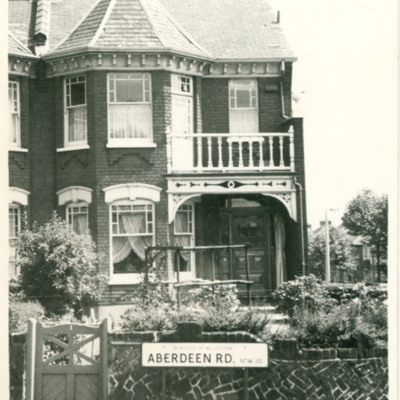 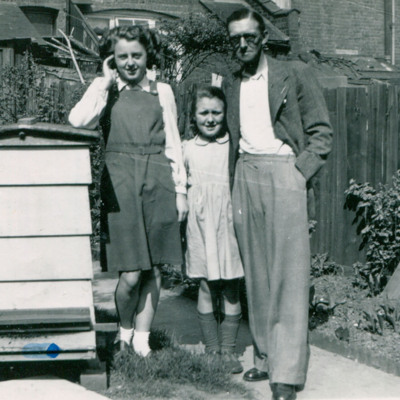 The three are standing beside a beehive. 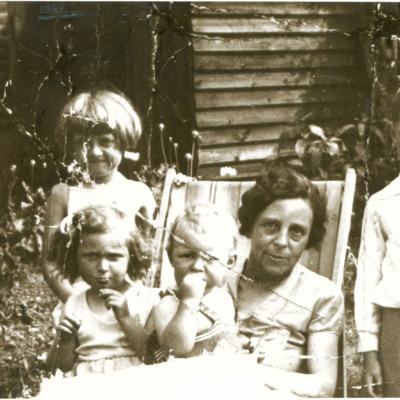 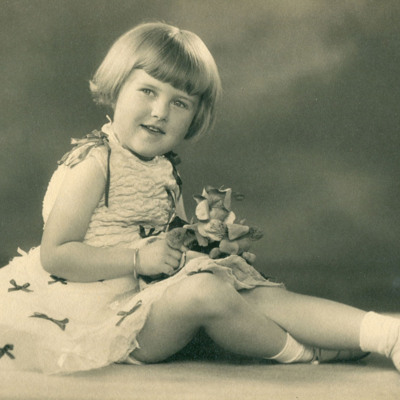 A studio portrait of Honor, aged three. She is wearing a dress and sitting down, holding a soft toy. 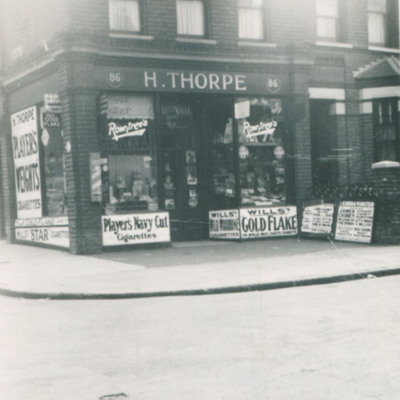 Herbert's corner shop with adverts for cigarettes, sweets and newspapers. 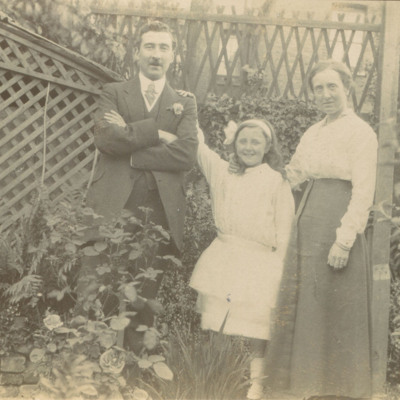 The three are standing in a garden. 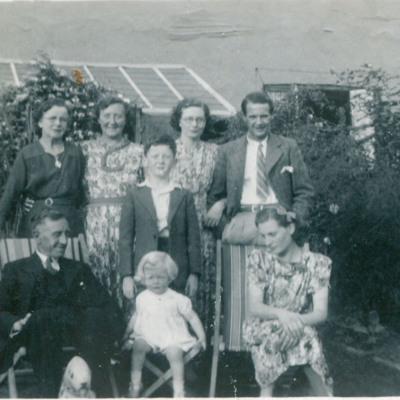 Eight members of the Saunders family. They are in the garden of the house with the greenhouse. Information supplied with the collection identifies them as Ethel, Ruby, Roy, Mick. Les, Archie, Sonia and Rose Saunders 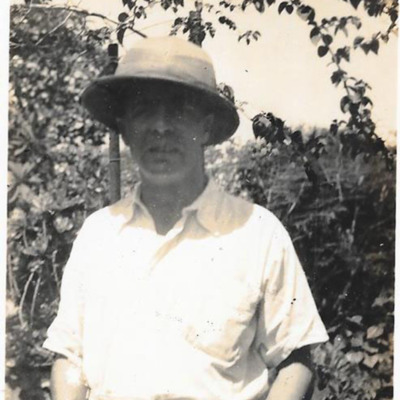 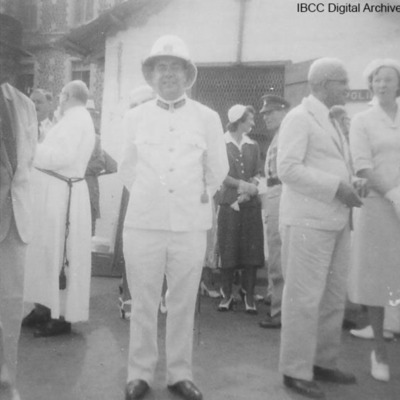 Archie Saunders in uniform in Lagos.

Archie and Ethel Saunders with Archie, Les and Len 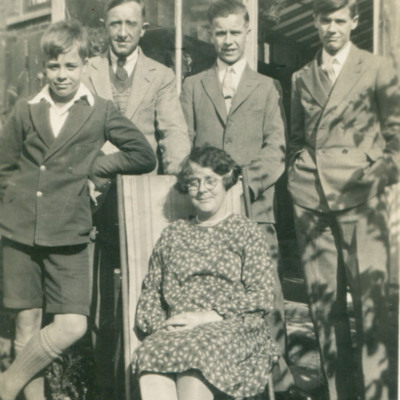 Five members of the Saunders family. Ethel is seated on a deckchair in front of their greenhouse. 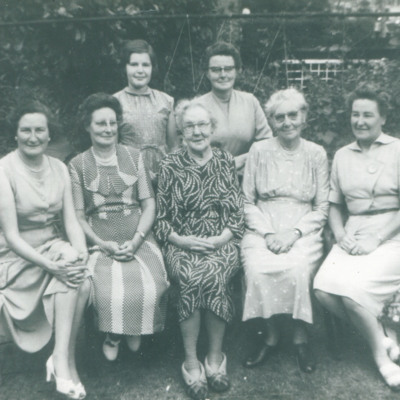 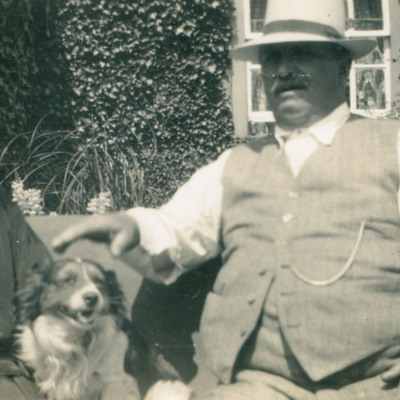 The couple are sitting on a garden bench with a dog in between. 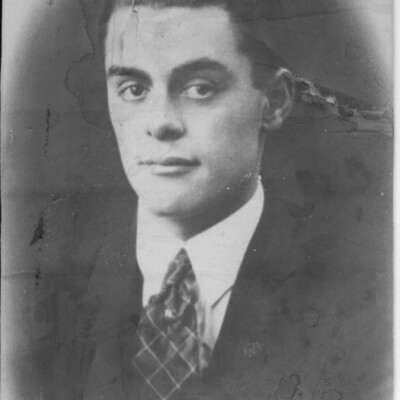