The collection has been loaned to the IBCC Digital Archive for digitisation by Mark Boother and catalogued by Nigel Huckins. Photograph of Lancaster starboard wing with seven crew putting on parachutes and preparing to board aircraft. Caption 'Berlin here we come, Crew of a Lancaster prepare top take-off'. 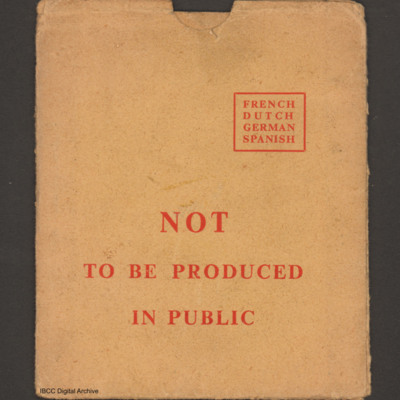 Noted not to be produced in public; a list of phrases in German, Spanish, French and Dutch. 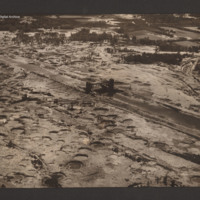 The canal, mainly drained, runs from top left to bottom right. In the centre a structure. Canal is surrounded by approximately 100 craters mostly filled with water. On the reverse 'Dortmund Ems canal, after heavy Lanc [sic] strike, attached by our… 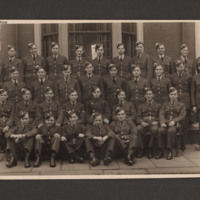 34 airmen in uniform tunics and side caps. Arranged in four rows, front row sitting on the ground, second row sitting on benches and rear two rows standing. In the background a large bay window in a brick building. On the reverse 'H Wilcox - Cpl, S… 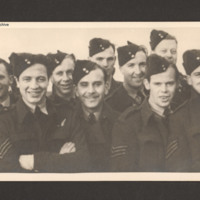 Head and shoulders of nine airmen in two rows in uniform and side caps. The man on the left front has sergeant stripes and an aircrew beret. The two front right have sergeant stripes. 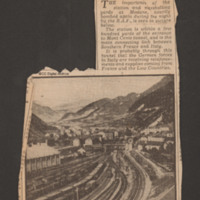 At the top, article notes importance of Modane station and marshalling yards, recendly bombed by the Royal Air Force, as close to Mont Ceris tunnel and important resupply route to Italy. At the bottom a picture showing railway marshalling yards in a…

Notification of award to Leonard Green 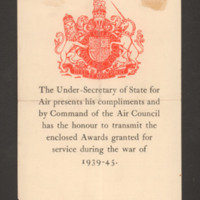 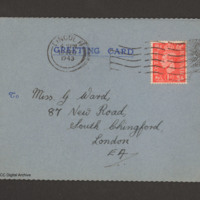 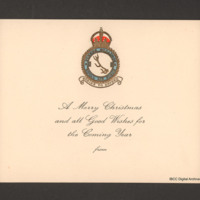 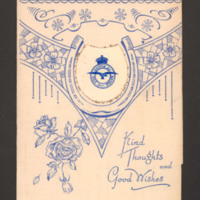 On the cover a blue flower patter and blue scroll work with the Royal Air Force badge in the centre. Inside left page a five line birthday salutation. On the right page, My loving birthday greetings and handwritten note 'To dearest Gladys wishing you…
View all 12 items