Eight items. An oral history interview with Fay Price, photographs and documents.
The collection has been loaned to the IBCC Digital Archive for digitisation by Fay Price and catalogued by Barry Hunter.

Interview and copies of documents and photographs 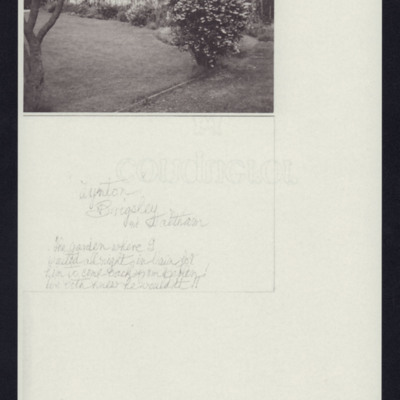 A cottage called Lynton in Brigsley, Waltham. Handwritten is an annotation 'The garden where I waited all night in vain for him to come back from Berlin. We both knew he would do it!' 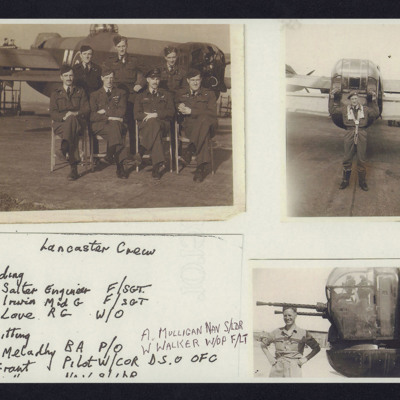 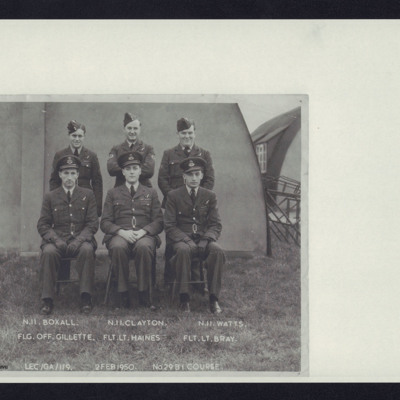 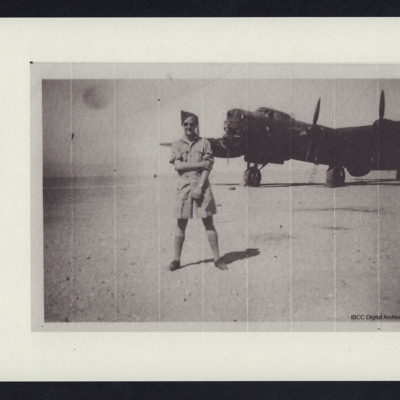 An airman is khaki uniform with shorts is standing in a desert location. Behind is a Lincoln. 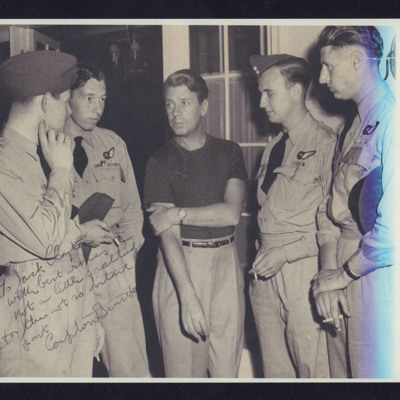 Five airmen in various states of dress, but all in some form of khaki uniform. A handwritten note states 'To Jack Clayton with best wishes & not a little gratitude for the not so distant past Compton Benette'

Four dance tickets in the name of P Kendall 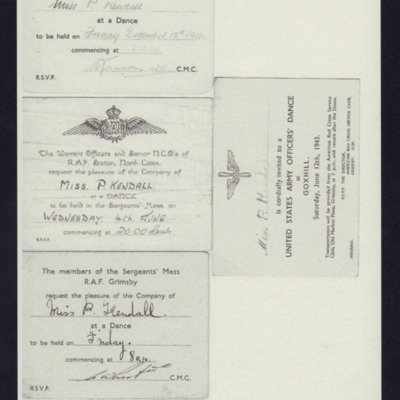 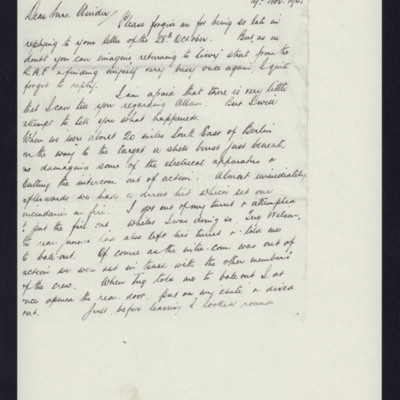 One page of a letter to Mrs Winden regarding an aircrew member, Allan. It describes the events that led to their aircraft being shot down 20 miles south east of Berlin. Further page or pages are missing.

Fay Price was nine at the outbreak of the Second World War living in Grimsby. A twin, they were the youngest of six siblings. Her memory of the start of the war was the ending of birthday parties. Her father was a fish merchant and was able to…
View all 8 items