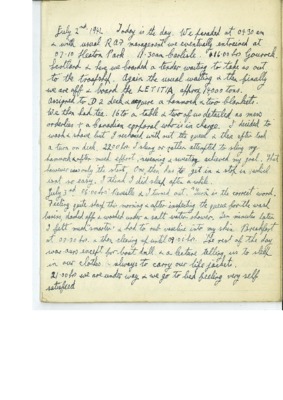 Describes crossing the Atlantic to Canada and journey to Bowden, Alberta and then on to Estevan, Saskatchewan. Day by day account of activities, flying and life in Canada, Concludes with journey back across Canada