14 items. An oral history interview with Doris Reddish (1925 - 2017) a memoir, correspondence and photographs. She served in the Royal Observer Corps.

The collection has been loaned to the IBCC Digital Archive for digitisation by Doris Reddish and catalogued by Barry Hunter. 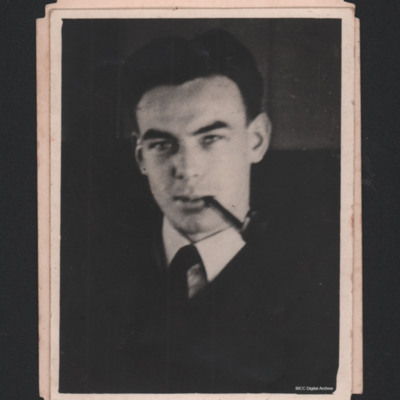 A half length portrait of Monty smoking a pipe.
On the reverse 'Monty Edward Montgomery John Pease'. 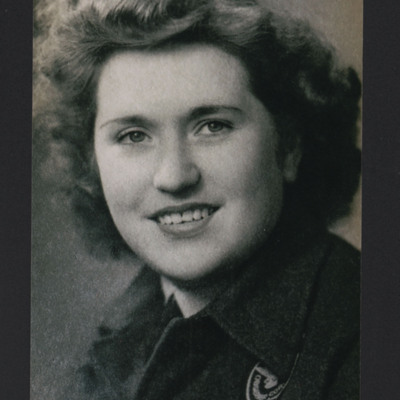 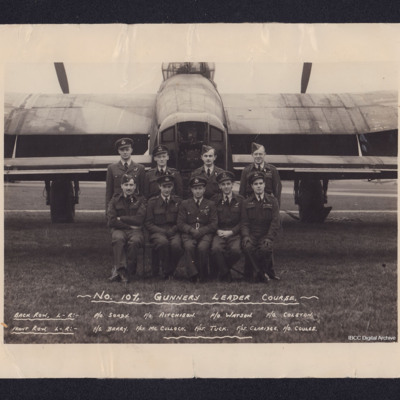 Nine airmen arranged in two rows at the tail of a Lancaster. Each man is named on the annotation at the bottom of the image.
On the reverse is a stamp with 'RAF Station Leconfield'.

Men who Flew into History - Were you with Them? A newspaper cutting with a squadron photograph of 617 Squadron in front of a Lancaster. Guy Gibson is in the centre of the front row.

My Work in the Royal Observer Corps 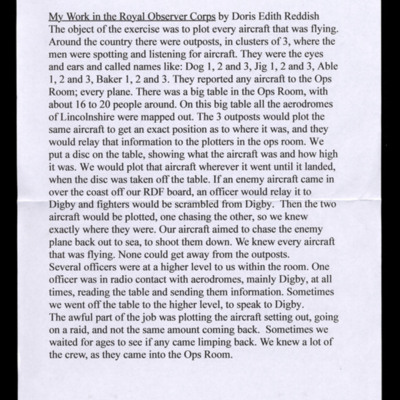 Doris' experience in the Royal Observer Corps. She explains how they would record an aircraft. They recorded all aircraft. 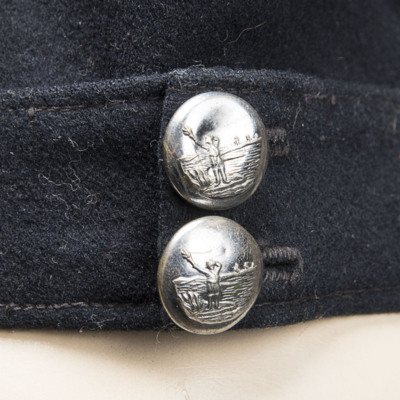 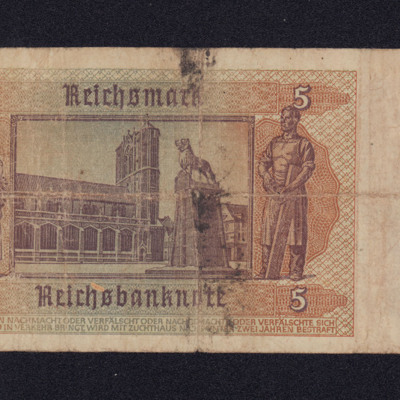 Letter to Doris from WH Pease 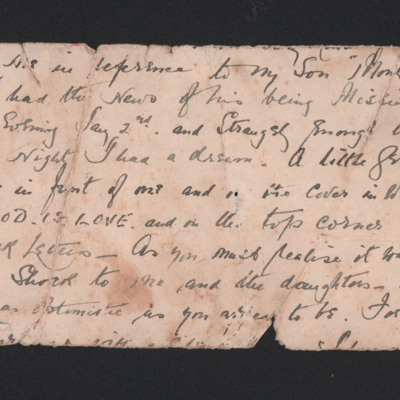 The letter refers to the shock of his son, Monty being missing in action.
The letter is incomplete.

A Warrior on Wings 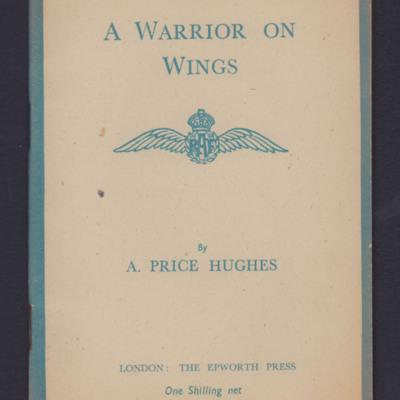 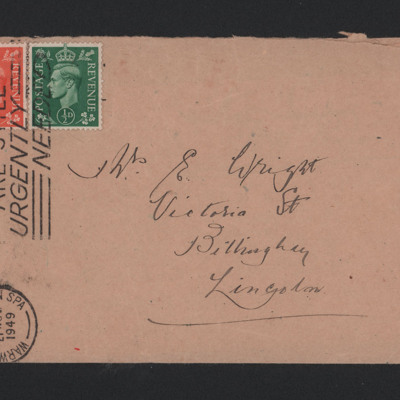 A letter to Mrs Wright and Doris with details of Monty's final resting place. He includes some family news. 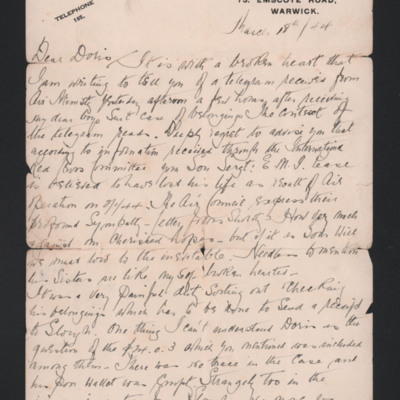 He tells Doris he has received a telegram stating that his son has lost his life. His belongings have been returned to him in a suitcase. 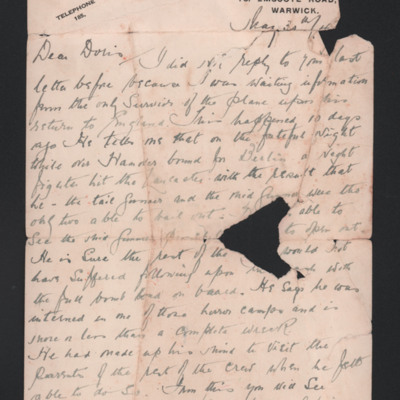 The letter explains that he has talked to the only survivor of the crashed aircraft. He describes the events when the aircraft was shot down. 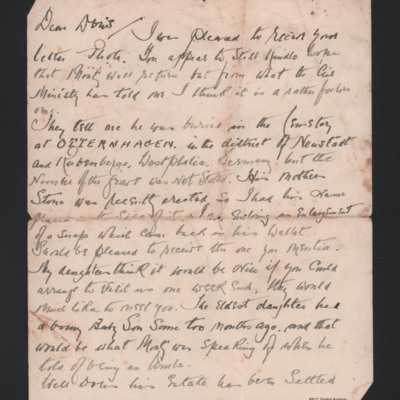 The letter thanks Doris for her letter. The Air Ministry have told him Monty is buried at Otternhagen. He invites Doris to visit. Doris Reddish attended Sleaford High School followed by commercial college. She worked at Moore, Cooper and Burkett’s in Market Rasen until she joined the Royal Observer Corps. She trained in Lincoln for aircraft recognition then served as a table…
View all 14 items