Thirty-one items. The collection concerns Frank Nolan who served in the British Army 1939-1941 after which he was released with disability pension. He then trained and served as an inspector for the ministry of aircraft production, aeronautical inspection directorate at aircraft manufacturers. Collection contains correspondence, work inspection work documents, photographs, diaries and objects. Includes a sub collection work folder with 28 further items consisting correspondence and inspection reports.

The collection has been donated to the IBCC Digital Archive by JE Nolan and catalogued by Nigel Huckins. 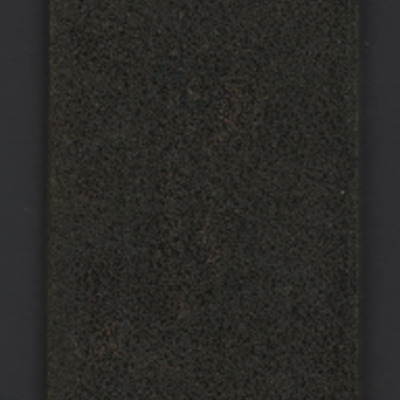 Notes hours worked each day as well as rest days, leave and other appointments. 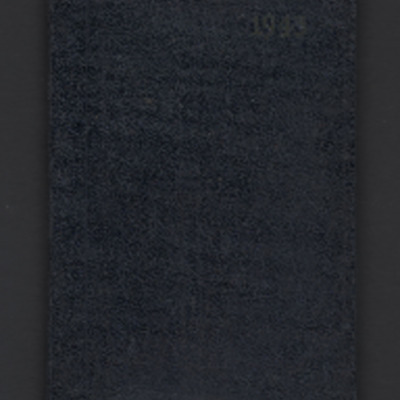 Diary with record of hours worked on each day of the year. Includes rest days, leave and the occasional appointment. Some other notes. 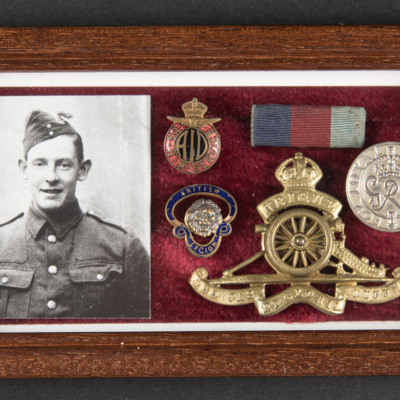 On the left a head and shoulders portrait of a man wearing army battledress and side cap. On the right a 1939-1945 star ribbon, on H M Service badge, British Legion badge, artillery badge and a for loyal service badge all mounted in a frame. 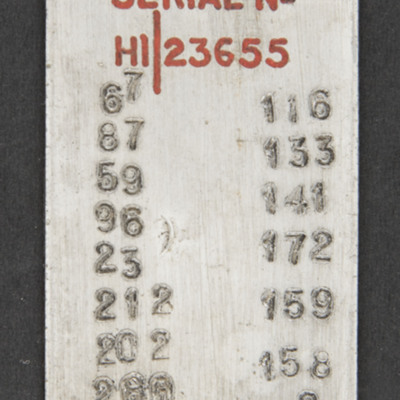 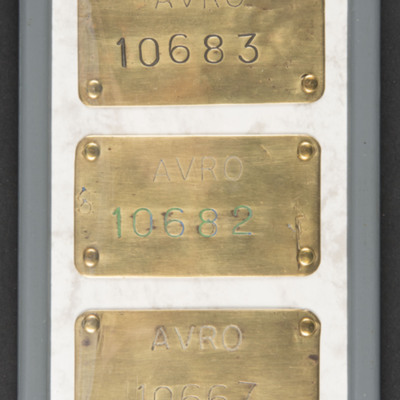 A.I.D Staff in front of a Wellington 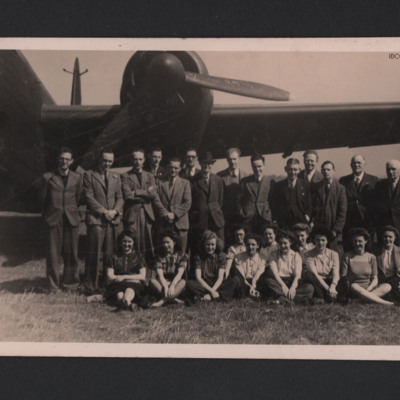 Fourteen men standing in line with eleven women sitting on the ground in front. All wearing civilian clothes in front of the port wing of a Wellington Mk X. On the reverse the names of some participants and titled 'A.I.D. staff Messrs Vickers… 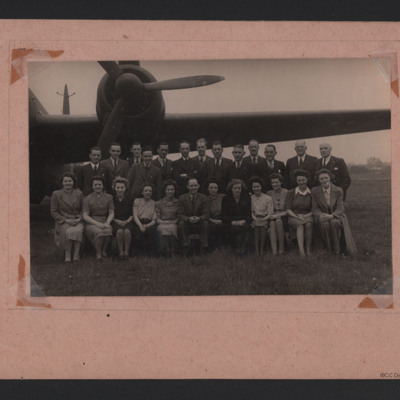 Group of men and women in civilian clothes sitting and standing in two lines. In the background the port wing and engine of a Wellington twin-engine bomber. On the reverse a large number of signatures. 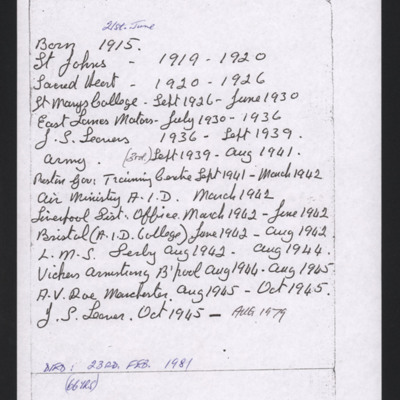 Dates of main events of life of J F Nolan including birth, education, army service 1939-1941, then Air Ministry AID in various locations including Vickers Armstrong and A V Roe. 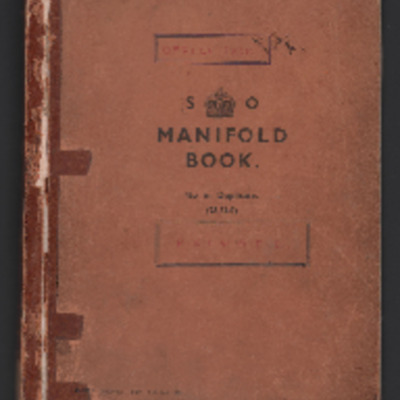 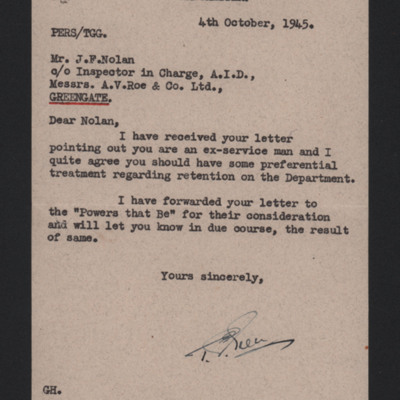 Writes that he agrees that Nolan should have preferential treatment regarding retention as he was an ex-servicemen. He would pass letter to "powers that be". 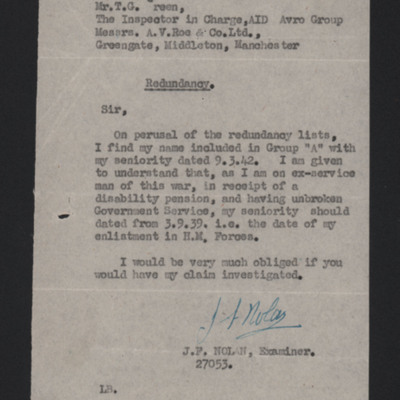 Argues that his seniority for redundancy should be dated back to 3 September 1939 (not 9 March 1942) as he served earlier during the war and war in receipt of disability pension.

Letter to Frank Nolan from the ministry of aircraft production 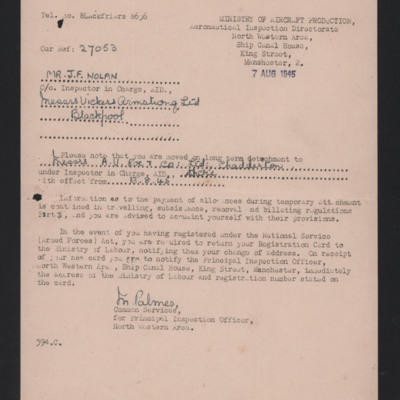 Notifies him that he is moved on long term detachment to A V Roe at Chadderton. Covers some financial issues and action he needs to take if he was registered under national services (armed forces) act. 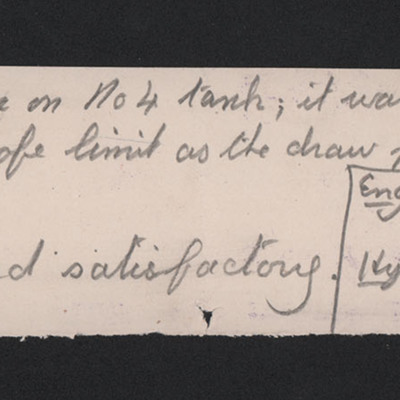 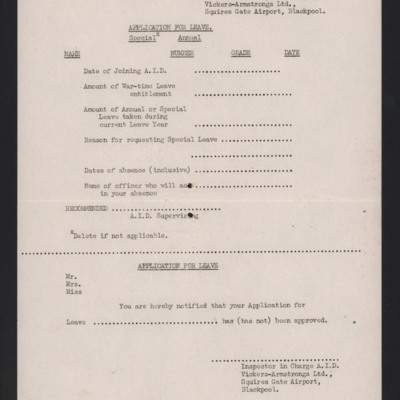 Process check on riveting to instruction A.24 and M.426 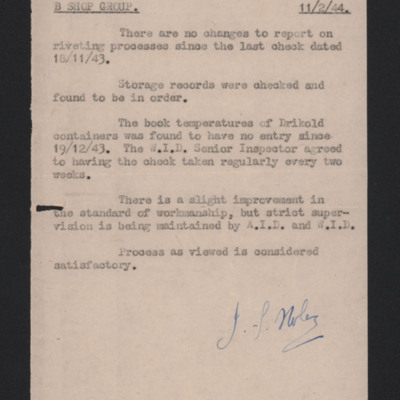 No changes to report and mentions checks done.

Process check on electrical installation to D.T.D 1029 and inspection instruction A.19 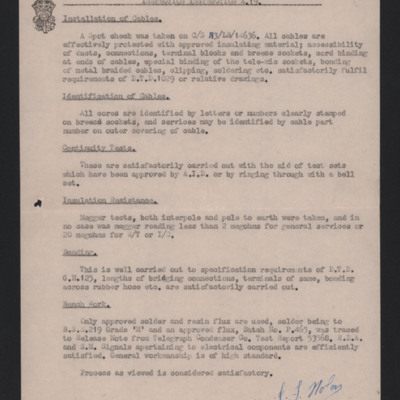 Process check on other protective treatments to specification D.T.D 209A 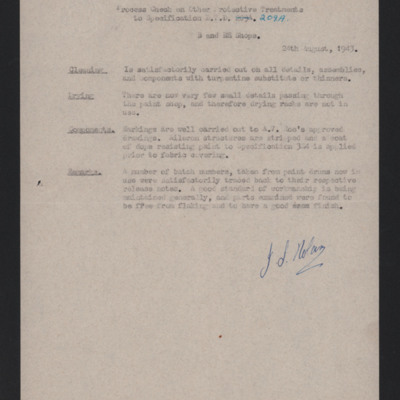 Bonded quarantined stores to instruction A.33 and M,412 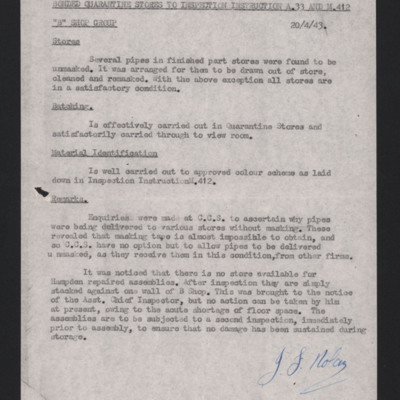 Process check on screwed work to inspection instruction A.9 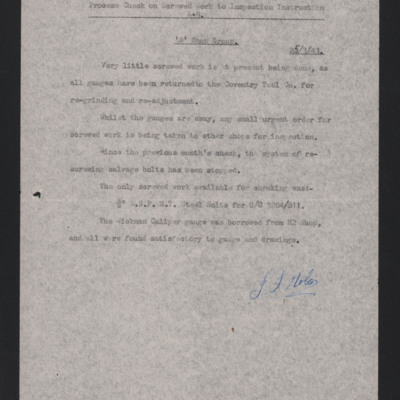 Process check on protective treatment to D..D 902A 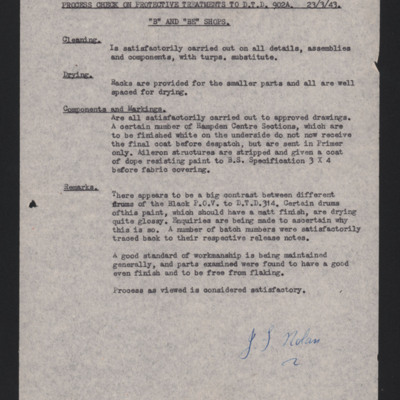 Process check on assemblies and subassemblies 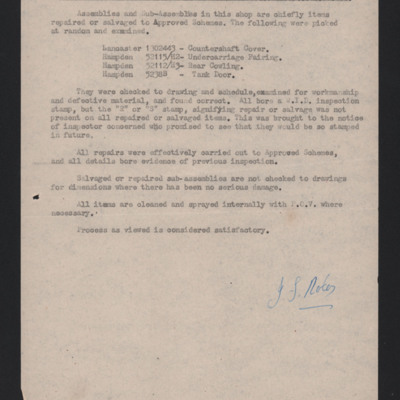 States that assemblies and subassemblies from Lancaster and Hampden that were repaired or salvaged. Comments on repairs and process.

Process check on segregation of scrap 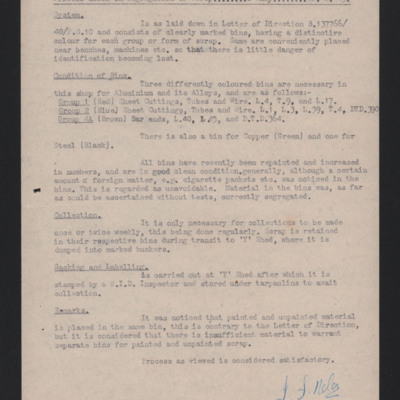 Process check on splicing to inspection instructions A.34 and A.18 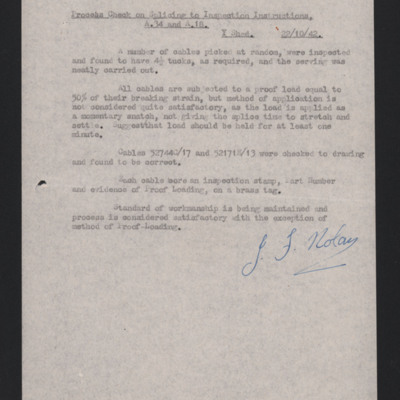 Letter to Frank Nolan from the ministry of aircraft production 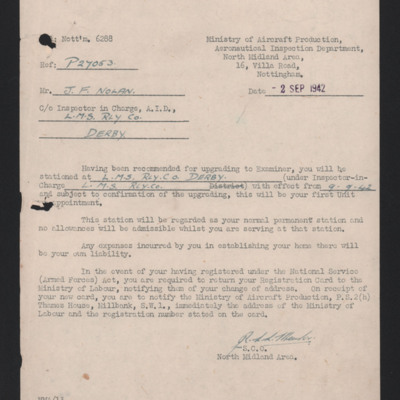 Notifies him of upgrading to examiner and that he will be stationed at L.M.S Rly Co Derby. Covers some financial and domestic issues.

Letter to Inspector in charge at L.M.S. Derby from the ministry of aircraft production 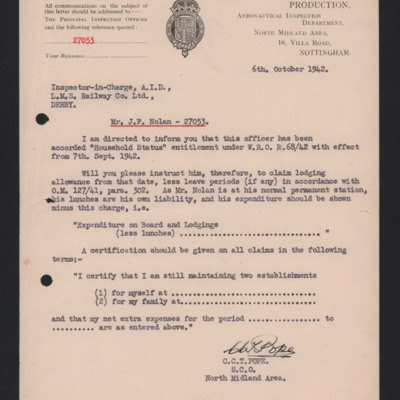 Sates that J F Nolan has been accorded household status and asks that he instructs Nolan to claim lodging allowance with effect from 7th September 1942.
View all 60 items