Interview with Syd Cooper. One 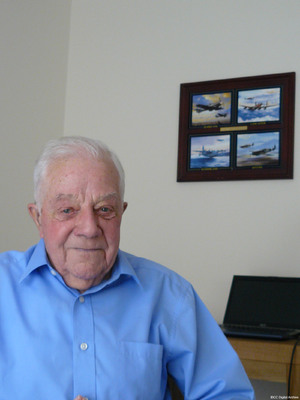 Interview with Syd Cooper. One

Sidney Cooper was born in Blackpool and joined the Royal Air Force in 1941. He first served as an engine fitter in Fighter Command before remustering as aircrew. He flew operations as a flight engineer with 427 Squadron from RAF Leeming. He later served as ground crew with 514 Squadron. On leaving the Royal Air Force in 1946 he worked for Standard Telephones and British Airways.