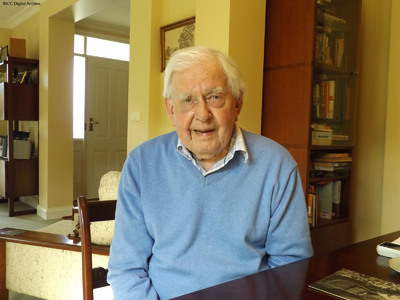 Geoffrey Conacher grew up in Australia and after a few months in the army he joined the Royal Australian Air Force in 1942. After training he flew 14 operations as a pilot with 622 Squadron. His aircraft was shot down and he baled out over liberated France.