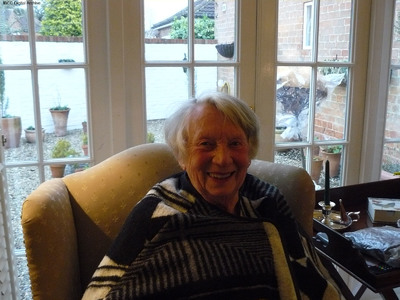 Betty Greenwood was born in 1926 in Belton, Lancashire; she attended Princess Mary high school was and privately educated in Paris but returned due to the threat of war. At sixteen she was offered various jobs but decided to join the Royal Observer Corps. She was recruited with training on the job as a long-distance plotter, being connected to the intercom and relaying information to the plotting table displaying radar sightings in the area. Betty discusses social and service life, the Women's Auxiliary Air Force uniform, meeting her husband in Halifax who had served in Canada as a trained medic for the Royal Air Force on operational training units. Concludes discussing a photograph of men who served in the Royal Observer Corps due to disabilities.