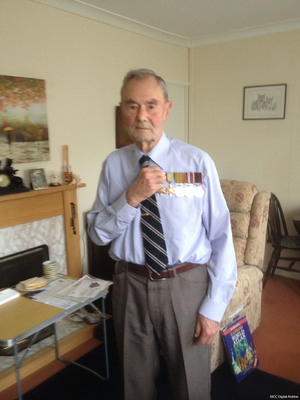 David Dall spent his early life in South Africa. He moved to the UK as a child to live with his grandmother and continue his education. He was enthralled by the stories his grandmother told him about the Royal Flying Corps during the First World War and so when it came time to volunteer it was obvious where he would apply to the RAF. He had wanted to train as a gunner but was posted for training as a wireless operator/air gunner. He was posted to 101 Squadron at RAF Ludford Magna.